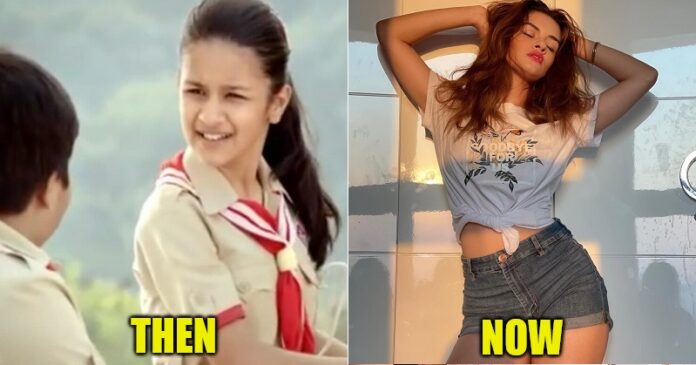 When you become a part of the entertainment industry, you instantly become the center of attention, and child actors are no different. They always attract a massive fan following. They learn to deal with that fame from a very young age. Be it with their acting skills or innocence, child artists never fail to enchant the audience.

And one such dynamic, gorgeous, and talented soul, Avneet Kaur has become one of the most popular actresses in the country as of now. She is extremely popular amongst the youth and her fashion updates are what we can die for all the time.

Avneet Kaur is a popular Indian TV actress, model, dancer, and YouTuber. She first tasted fame as a dancer with multiple dance reality shows. Later, she progressed to make a bigger name for herself as an actor.

Avneet Kaur was born on 13 October 2001. She belongs to a Punjabi family and her parents are Amandeep Nandra and Sonia Nandra. She also has an elder brother, Jaijeet Singh. She hails from Jalandhar, Punjab, India. She did her schooling in Jalandhar and currently pursuing her twelfth at Oxford Public School, Mumbai.

Avneet Kaur started her career with Dance India Dance Li’l Masters. She was among the top three contestants. She also participated in Jhalak Dikhhla Jaa 5 and contested in Dance Ke Superstars in 2012.

Avneet Kaur had previously appeared in a 2011 daily soap, Meri Maa. She played a character called Jhilmil in the show. After that, she portrayed an intelligent and fun-loving girl on SAB TV’s Tedhe Hain Par Tere Mere Hain. She has also featured in Hamari Sister Didi as Khushi. The actor has also been a part of Zee5’s web-series Babbar ka Tabbar. Avneet Kaur played a young Pakhi in 2013 in the family- drama Ek Mutthi Aasmaan. She has received nominations for Zee Rishtey Award for favorite sister and daughter.

The actress gained mainstream recognition after appearing in several TV shows. Then, she was cast as a child actor in the 2014 movie, Mardaani with the role of Meera. She was also featured in the sequel, Mardaani 2. The actress was appreciated massively for her performance in the films. In 2017, she was featured in a romantic-comedy film, Qarib Qarib Single.

Besides her acting and dancing career, Avneet Kaur is also a singer and she appears in music videos as well. Some of her working credits include Tarse Ye Naina, Yaari, Pahadan, Mere Naina, Attachment, Teri Nazar, Main Fir Nai Auna, and many more.

Reportedly, till 2018, Avneet Kaur has a net worth that stands at an estimated ₹50 lakhs. Even though her current worth has not been disclosed, it is only believed that the figure is getting bigger as she progresses in her career.

The young actress has also a generous amount of fans on social media. She currently has over 17.4 million followers on Instagram. She always tries and keeps her fans in the loop with regular updates. She serves as a style inspiration for her fans.

After proving herself as an actor, she is also busy making YouTube and TikTok videos. She remains active on YouTube and updates her fans on events with makeup tutorials, lifestyle, fashion, and many more. She enjoys a massive following on TikTok also with 18.6 million followers. She constantly gives her fans a glimpse of her dance skills.

Along with her professional events, also loves to take short breaks and explore the world. She gives her fans major vacation goals with her constant travel posts. Moreover, she makes all styles and dresses look absolutely stunning on her.

When it comes to her relationship, she always gets connected with Siddharth Nigam. The duo looks undoubtedly perfect whenever they appear together. Sidneet has become a regular trend for us after the show “Aladdin-Naam Toh Suna Hoga”. However, the duo has denied all their relationship rumors but we can’t help to obsessed with their pictures.

Well, there is no news about her wedding plans and we believe Avneet is still young to get married. As of now, she is keeping more focus on her career. But recently we came across an old video of Siddharth Nigam and Avneet Kaur, where Siddharth Nigam is found proposing Avneet Kaur. We are going crazy over it. Check it out: