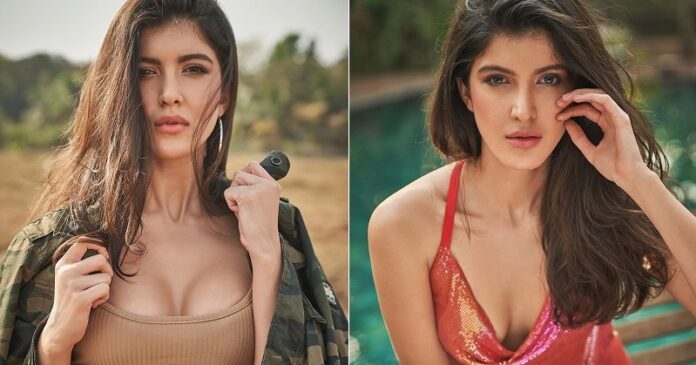 Maheep Kapoor and Sanjay Kapoor’s daughter, Shanaya Kapoor is all set to make her debut in acting with Karan Johar’s Dharma Productions. She was last seen in “Fabulous lives of Bollywood wives” which were premiered on Netflix. She also worked as an assistant director in “Gunjan Saxena: The Kargil Girl”.

Shanaya Kapoor is launched by Karan Johar through his talent management company Dharma Cornerstone Agency(DCA). She will kickstart shooting for her debut film in July this year. Karan took to Instagram and officially introduced Shanaya to the world ahead of her photoshoot and wrote, “With her unabashed enthusiasm, resilience & sparkle – @shanayakapoor02 is all set to take over your screens soon. Give her your love & blessings as she is ready to start the journey of her FIRST FILM with @dharmamovies this July. Watch out for the announcement of the film! #DCASquad @karanjohar @apoorva1972 @buntysajdeh @rajeevmasand @udaysinghgauri.”

Karan Johar, who has launched celebs like Janhvi Kapoor, Alia Bhatt, and Varun Dhawan, welcoming Shanaya Kapoor to the DCA squad, took his own Instagram account and wrote, “Welcome to the #DCASquad, Shanaya! It’s going to be an unforgettable and exciting journey that begins with your first film with Dharma Productions, this July.”

He again shared the glamorous video and a bunch of stunning pictures of Shanaya Kapoor, and wrote on Instagram, “Another beautiful addition to our growing @dcatalent family! Welcome to the #DCASquad, @shanayakapoor02. Her enthusiasm, perseverance, and diligence are so amazing to see. Join us in showering your love & blessings as she begins her first film with @DharmaMovies, this July (sic)!”

Shanaya Kapoor also shared her excitement for her debut in Bollywood by writing, “Woke up today with the most grateful heart! Here’s to a great journey ahead with the @dcatalent family. Excited to kickstart my FIRST FILM (ahhh!!) this July by @dharmamovies, can’t wait for you all to see what we’re up to! Stay tuned! #DCASquad. @karanjohar @apoorva1972 @buntysajdeh @rajeevmasand @udaysinghgauri @dcatalent.”

Proud parents Sanjay and Mahdeep Kapoor spilled onto Instagram as they cheered for their daughter. See their posts here:

Shanaya Kapoor’s friends such as Ananya Pandey and Suhana Khan congratulated her on social media. Also, her family members like Anil Kapoor, Karisma Kapoor, Anshula Kapoor, and many more gave her shout-outs as well. Let’s check out: