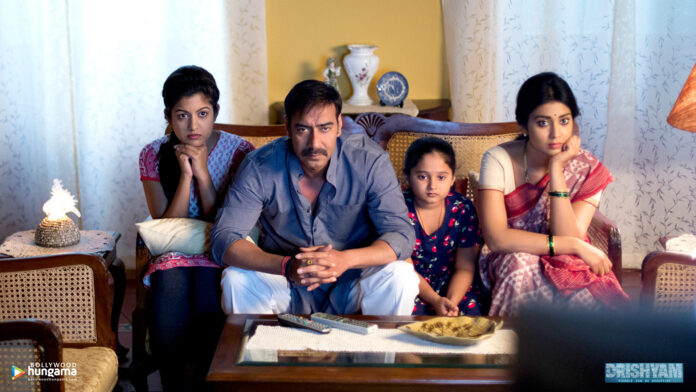 Drishyam is the best suspense Bollywood movie about an ordinary man who steps into the dangerous territory after he gets involved in a murder case. His journey is epic as he struggles to maintain his family and get justice for them without being noticed by his enemies or caught by the police. The intriguing storyline keeps you hooked from start to finish.

Critics called it brilliant and a dark movie. Also, it was included in India Today’s list of best Bollywood suspense movie. In fact, quite a few even consider it one of the best suspense thriller Bollywood movies ever made in India. If you want to watch a suspense thriller that is sure to keep you awake for days, then Ugly is your movie.

This movie is a thriller film directed by Vikram Kumar and produced by Suraj Balaje, and Rajesh Sawhney. The film stars R. Madhavan and Neetu Chandra in lead roles. The story revolves around a Manohar, who moves into a new apartment along with his family on the 13th floor. One of the best Bollywood suspense movie for sure.

A Wednesday is an Indian suspense thriller film written and directed by Neeraj Pandey. The film stars Anupam Kher, and Naseeruddin Shah, in leading roles.

Kahaani is a 2012 Bollywood suspense movie directed by Sujoy Ghosh and produced by Madhu Mantena. The film features Vidya Balan as Vidya Bagchi, a pregnant woman who sets out to find her missing husband in Kolkata. Her quest for answers uncovers many truths about him and her own past, leading to surprising revelations about her husband’s involvement in an unsolved mystery from 25 years ago.

Based on a true story, Ittefaq is a Bollywood suspense movie starring Sidharth Malhotra and Katrina Kaif. The film follows a young married couple in Mumbai who witnesses a violent crime. As they try to piece together what happened, they realize that no one can be trusted—not even each other. Ittefaq is already being hailed as one of 2017’s best films so far and it doesn’t take long to see why.

Bollywood suspense movie list cannot be completed without mentioning the movie Rahasya. Not only it is directed by Manish Gupta, but also it stars Kay Kay Menon, who is one of the most recognizable actors in India. The plot follows a homicide detective as he searches for clues surrounding his daughter’s murder.

Talaash is a 2012 Bollywood suspense movie directed by Reema Kagti and produced by Ritesh Sidhwani and Farhan Akhtar under their Excel Entertainment banner. The film stars Aamir Khan, Kareena Kapoor, and Rani Mukerji in lead roles. The story revolves around Shekhar Subramaniam (Aamir Khan), a blind man who sets out to find his missing daughter.

Te3n is a 2016 Bollywood suspense movie film directed by Ribhu Dasgupta and produced by Sujoy Ghosh. The film stars Amitabh Bachchan and Nawazuddin Siddiqui in lead roles. Directed by Ribhu Dasgupta, it narrates a story of revenge. It was released on 20 June 2016 worldwide to positive reviews from critics as well as the audience.

This Bollywood suspense movie is about a man who lost his wife and now deals with a strange relationship with an autistic boy, and then gets entangled in a dangerous plot. The movie has great performances from its lead cast, good production quality, and amazing direction by Bejoy Nambiar. These things make it one of my best suspense Bollywood movies to watch online. It’s also quite easy to find in any decent streaming service like Amazon Prime or Netflix.