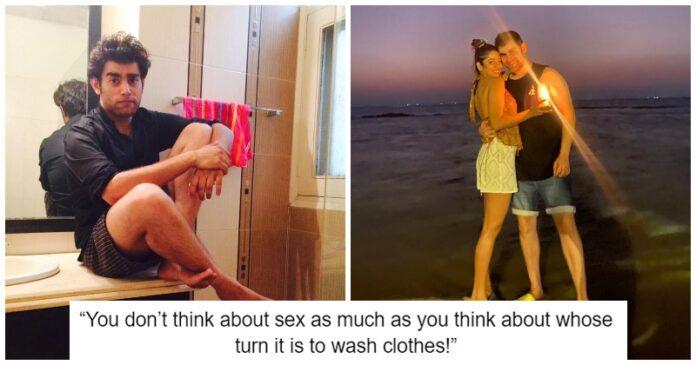 Technological and industrial breakthroughs have occurred at a very quick speed in the present fast-changing world during the previous several decades, revolutionizing all parts of our lives. Globalization has accelerated the pace of change, influencing practically every element of our social lives, including family structure, marriage, conjugal relationships, and so on.
Marriage is a legally and socially recognized type of pair connection. Because our country’s social structure and relationships are stronger, the institution of marriage is even more important. Living together without marriage gets considered taboo and is extremely uncommon. However, things are changing quickly, and couples are already living together in a single household even if they are not married.
Under Indian law, a live-in relationship between consenting adults is not prohibited. In the case of “Lata Singh v. “the State of U.P.,” it was decided in 2006 that a live-in relationship between two consenting individuals of the opposite sex, while immoral, did not constitute a crime. under the law. 1 In another significant decision, “Khushboo versus Kanaimmal and others,” the Supreme Court stated, “Though the notion of live-in relationship gets regarded immoral by society, it is unquestionably not criminal in the eyes of the law.” Living together is a right to life, and hence it cannot get considered criminal.”
Arnav Sahni, 29, a lawyer and a committed lover of ten years, just began living with his partner with the intention of ‘taking the relationship to the next level, but without getting entangled with the intricacies of the big-Indian wedding, yet.’
Talking about how he decided on moving in with his partner, Arnav said, “I had never stayed away from my family till now, no boarding, no hostel, never moved away for work. So, the idea of moving out was all the more exciting, however, marriage was not the option we were looking for, because that comes with a lot of responsibilities and a lot of changes. From attending functions to tending to families on each side, which isn’t really mandatory when you’re just dating, we figured that we were not ready to take that kind of responsibility upon us yet.”
Arnav shares how it wasn’t easy on his parents while explaining to them He explained, “Of course, our parents went through a culture shock. My parents took it harder than her parents and that was surprising in itself. To turn around the Indian parents’ mentality of ‘itne time se date kar rahe ho, toh shaadi Karlo (If you’ve been dating for so long, might as well get married)’ was a little tricky but we somehow managed to get there,” shared Arnav.
He further explained “Before we had moved in together, a live-in relationship was like a fantasy. It was the stuff of dreams. But when you actually get down to it and practical nuances get added, you realize that your dreams don’t always translate into a similar-looking reality.” “Yes, there are a lot of things that are just wonderful and make you feel secure and in love all over again.
But there are also a lot of challenges that we didn’t anticipate facing as a couple.” Highlighting one of the most overlooked problems, Arnav says, “Take getting distracted for instance. While people tell you all about how wonderful it is to be in your partner’s presence all day, try working from home with them, with ongoing arguments. It’s a do or die situation with a shotgun on the table, complaining about slow wi-fi.”
He went on to share that “People escape marriage and pick a live-in because they think it is not as much work. But a live-in is just as much work. The expenses, the chores, and having to do your own work because now you’re in a house of equals where no one is there to coddle you anymore, is all just the tip of the iceberg.”
Arnav emphasized one of the most important aspects of a live-in. “The real challenge is to navigate some ‘me time. When you’re living with your partner in the same house, in the same vicinity, it’s difficult to get the time you need to process your own thoughts and challenges as an individual. Me-time even in today’s world is rather underrated in a relationship, much like the health benefits of masturbating. Communication is the key to a relationship but the catch is to be able to comprehend your own thoughts and opinions when you need to.”
“There is a paradigm shift when you start living with your partner. Sometimes you tend to go to a dark side and get insecure in a relationship, wondering where they are, what they’re doing, but when you start living together, that gets taken care of. There is a certain level of intimacy and security that you ascend to, as a couple. But at the same time, there is a boon and bane. While you don’t worry about being insecure, you do worry about getting complacent.” points out Arnav.
Talking more about it, he explained “There are ‘fewer’ so-called date nights because your concept of date night changes to staying home in sweats and ordering in. And that thrill of dressing up, going out, booking a stay-cation is all subdued under the blanket of comfort. That’s when the concept of ‘taking for granted’ starts sneaking up on you.”
Perhaps, like everything else in life, a live-in comes with a slew of strings attached. Finally, it may not be as romantic as Karan Johar portrays it, but it is not as horrible (or perhaps at all) as antiquated culture would have you believe. And, at the end of the day, you have to set aside your rose-colored glasses and decide whether it’s worth it. Because Arnav is all in as far as he gets concerned! And the good news is that he won’t be alone in either winning or losing!