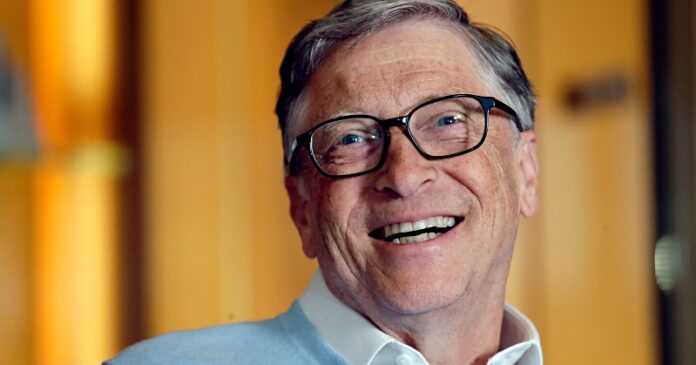 Elon Musk is the world’s richest man, and Bill Gates is the world’s, fourth-richest man. A text exchange between Musk and Gates surfaced online on Saturday. The texts reveal Musk (the Tesla boss) turning down a philanthropic opportunity from Gates (the Microsoft co-founder) over the latter shorting Tesla.

So apparently Bill Gates hit up @elonmusk to discuss “philanthropy on climate change” but Elon asked if he still had a half billion dollar short position on $TSLA.

Bill said he hasn’t closed it out, so Elon told him to get lost. No idea if this is true lol pic.twitter.com/iuHkDG3bAd

Musk also asked the Microsoft co-founder: “Do you still have a half billion dollar short position against Tesla?”

According to the screenshots, Gates responded by saying, “Sorry to say I haven’t closed it out,” also adding: “I would like to discuss philanthropy possibilities.”

Musk responded: “Sorry, but I cannot take your philanthropy on climate change seriously when you have a massive short position against Tesla, the company doing the most to solve climate change.”

When an investor sells a stock they’ve borrowed with the intention of buying it back later at a lower price, essentially betting that the stock’s value will fall, it is known as a short position.

Yeah, but I didn’t leak it to NYT. They must have got it through friends of friends.

I heard from multiple people at TED that Gates still had half billion short against Tesla, which is why I asked him, so it’s not exactly top secret.

Musk responded to the screenshots by tweeting that they were real but that he did not leak them, he added that they must have gotten out “through friends of friends.”

Musk also revealed: “I heard from multiple people at TED that Gates still had half billion short against Tesla, which is why I asked him, so it’s not exactly top secret.”

Though it was unclear when the text exchange took place, but Musk said that in February 2021 on Joe Rogan’s podcast he heard Gates was betting against Tesla in the stock market.

Shortly after responding to the tweets Musk also tweeted a meme of Gates comparing the Microsoft founder to the pregnant man emoji and wrote: “in case u need to lose a boner fast.”

in case u need to lose a boner fast pic.twitter.com/fcHiaXKCJi

Check out some of the tweets cussing the billionaires:

Why is a climate change philanthropist shorting Tesla? https://t.co/VQHb3AgC42

The real question we should all be asking is which one of these billionaires is texting with an android.. https://t.co/1dAvQhDmQU

None of this is about philanthropy or climate change…it’s all about money and control. https://t.co/UPffcw9LUg

Two of the world’s richest people, Musk and Gates, have also openly feuded in the past, on their disagreement over topics like COVID-19, electric vehicles, and colonizing Mars.