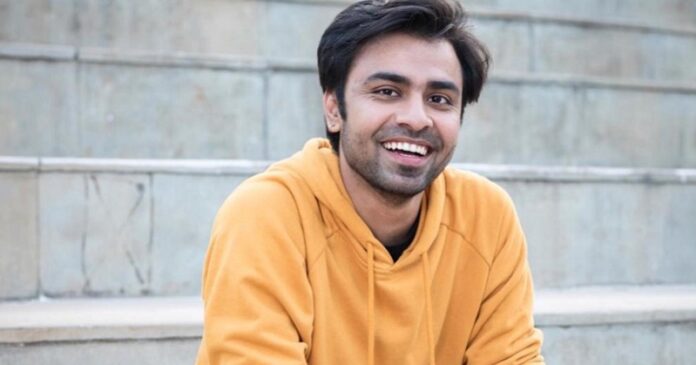 The pay gap between the actors on the small screen and big screen is decreasing with time. With the rising stocks and popularity of several OTT platforms which have a huge audience and subscriber base, the payment of the small screen actors is ought to multiply. Even a few of the big screen actors now work on projects for the OTT platforms and they are making similar or more money as they make working on the big screen.

The market for movies and series on OTT platforms has increased multiple folds due to the ongoing pandemic since 2020. As a result of the online popularity, some film actors have gotten a second chance to prove their worth on the OTT platforms. Many talented actors and actresses like Nawazuddin Siddiqui, Pankaj Tripathi, Radhika Apte, Jitendra Kumar, etc have made it big on the small screen and are getting paid a whopping amount for the digital success of their shows.

From Jitendra Kumar of Panchayat 2 and Manoj Bajpayee to Radhika Apte and Priyamani, here are the 10 highest paid OTT actors and the hefty payments they receive for their work on the small screen:

Pankaj Tripathi is one of the highest paid OTT actors. The talented actor supposedly charged ₹10 crores for Mirzapur 2 and ₹12 crores for Sacred Games 2.

The actor was featured in some prominent roles in popular shows like Sacred Games, Mirzapur, and Kaagaz.

Nawazuddin Siddiqui became a well-known name after the actor’s outstanding performances in the movies, Gangs of Wasseypur 2, and Manjhi. The movie he recently appeared in is Raat Akeli Hai and the hit Netflix series Sacred Games.

One of the first Bollywood actresses to appear on an OTT platform, Radhika Apte has been dubbed “the standard Netflix chick” on several occasions. She has worked on a number of OTT films and series, like Lust Stories, Ghoul, Sacred Games, and Raat Akeli Hai.

Manoj Bajpayee has not only made it big on the small screen but he also worked on some critically acclaimed big-screen movies. Reportedly the actor got ₹25 lakh per episode for The Family Man.

Priyamani is a well-known name in south Indian films. She also appeared in the Bollywood film Chennai Express alongside Shah Rukh Khan and Deepika Padukone.

After featuring in the Amazon Prime drama The Family Man, where she portrays the character ‘Suchi’, Manoj Bajpai’s wife in the web series, she became popular across India. Priyamani apparently took home ₹10 lakh per episode of The Family Man season 2.

The big-screen actor, ‘Saif Ali Khan’ who also made it big in the OTT show ‘Sacred Games’ reportedly charged ₹15 crores for each season of Sacred Games.

The two seasons of Sacred Games helped Saif to get back on track after the success of the series on Netflix.

Though the actor appeared in films like Khamoshiyan and Fukrey, Ali Fazal didn’t get the fame he deserved. But appearing in Mirzapur changed things for him. In seasons 1 and 2, Ali was cast as Guddu Pandit. For each episode of Mirzapur, Ali Fazal apparently charges ₹12 lakh.

Pratik made it big after featuring in the OTT series Scam 1992. The talented actor has previously won the National Award for Best Gujarati Film as he worked in Gujrati movies and theatres. Scam 1992 was a breakthrough in his career.

For each episode of Scam 1992, Pratik Gandhi allegedly made ₹5 lakh as per reports.

As per the grapevine, Sunil Grover reportedly charged ₹5 lakh per episode of Tandav.

The IIT Kharagpur graduate, Jitendra Kumar pursued his passion and joined TVF in 2012. He made his debut with Munna Jazbaati: The Q-tiya Intern in 2013 as Jeetu Bhaiya.

As per reports, Jitendra charged Rs. 50,000 per episode for Panchayat 2. That makes a total of Rs 4 lakh as the series has 8 episodes in total.