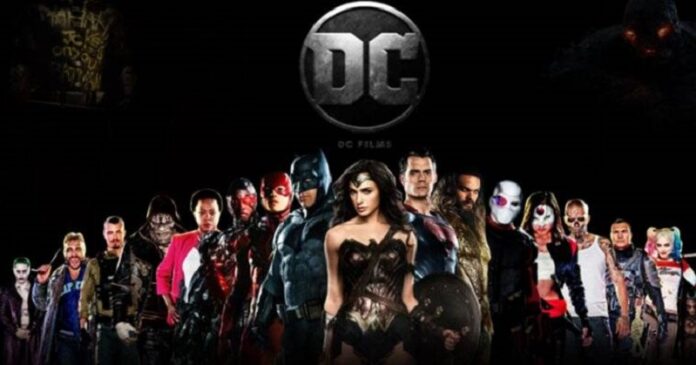 Since there are a lot of DC movies, it is hard to figure out that how to watch DC movies in order. All DC movies are quite less interconnected to each other and that makes it even more difficult to put them into an order. Besides that, there are also non-canon movies like “Zack Snyder’s Justice League” and “Joker” complicating things even further. That is why we have gone through all of them and combed all DC movies in order of release as well as in what order they should be watched.

How To Watch DC Movies In Order:

The events of “Wonder Woman” pre-date the events of all the other DC universe movies. The film flashes way back to the creation of the Amazon women warriors. They were created by Zeus and live life on the secret island of Themyscira. Accidentally, while fighting in World War I, US pilot Captain Steve Trevor (Chris Pine) stumbles upon Themyscira. Diana Prince (Gal Gadot) follows Steve to London and fight in World War I alongside the Allied forces. The bulk of the story takes place in 1918 and the movie is bookended by “present-day” scenes.

In the DC movies list, “Wonder Woman 1984” comes on the second number. Even though the sequel takes place largely in the year 1984, a prologue is set during Diana Prince’s childhood as well. However, don’t hold your breath because the Patty Jenkins-directed sequel mostly stands on its own.

Even though “Man of Steel” was the first DC movie in the order of release, it should be watched after both the movies of “Wonder Woman”. Director Zack Snyder’s “Man of Steel” is the film that started it all. The film opens with the destruction of Kal-El’s home planet Krypton. Before we get to the present day where he’s somewhere in his twenties, we subsequently see scenes of Clark Kent growing up in Kansas as a child and teenager.

When we put the DC movies list in order of how to watch them, “Batman v Superman: Dawn of Justice” comes fourth in the sequence. In this movie, there are flashbacks to Bruce Wayne’s childhood in 1981. It showcases the time when his parents were killed and the ending of “Man of Steel” from the perspective of Bruce Wayne. Besides that, there are flashforwards to a desolated Earth as well that’s been overrun by villain Darkseid. With Batman harboring a grudge against Superman, this movie takes place about 18 months after the events of “Man of Steel”.

A year after the events of “Batman v Superman: Dawn of Justice”, the events of “Suicide Squad” take place. That is why it comes fifth in a sequence of the DC movies list. In the film, the death of Superman is referenced and Bruce Wayne’s meeting with Amanda Waller (Viola Davis) can also be seen. Besides that, there are also flashbacks to Batman where he is tracking down Harley Quinn (Margot Robbie) and Joker (Jared Leto). If you forgot, it took place before “Man of Steel”.

One year after the events of “Suicide Squad” and two years after “Batman v Superman: Dawn of Justice”, “Justice League” took place. However, in this film, there is a sequence of flashbacks where the villainous Steppenwolf was foiled by an alliance between Olympian Gods, Amazons, Atlanteans, and humans while he attempted to take over Earth.

Several months after the events of “Justice League”, the standalone movie “Aquaman” took place. In this movie, Jason Momoa’s titular hero protects his own kingdom. However, it also showcases the flashbacks from 1985 with Aquaman’s origin story. Even though it is a standalone movie, it perfectly fits in the list to watch the DC movies.

This is another standalone DC movie that takes place over Christmas in 2018. However, to reveal the origin story of its villain Thaddeus Sivana (Mark Strong), the film opens with a flashback to 1974. When we put the DC movies list in order of how to watch them, “Shazam!” comes ninth in the sequence.

After four years of the events of “Suicide Squad”, this standalone Harley Quinn movie takes place. After the movies “Batman v Superman: Dawn of Justice” and “Justice League”, the DC movies started to get disconnected from their previous movies. That is why the movie “Birds of Prey” has only very few references to “Suicide Squad”.

After an indeterminate amount of time to the events of the first “Suicide Squad”, the James Gunn DC movie “The Suicide Squad” takes place. However, the film is wholly unconcerned with DC interconnectivity. In the movie, Harley Quinn has landed herself back in jail and Amanda Waller (Viola Davis) is enacting these “Suicide Squad” missions.

Is There A Correct Order To Watch DC Standalone Movies?

Even though it is tempting to stick “Joker” and “The Batman” into any sort of order, they operate in their own spheres. They should never be treated as a part of any series. You can watch them in any order you want. They don’t connect to the DC movies in any way and are very much their own beasts.