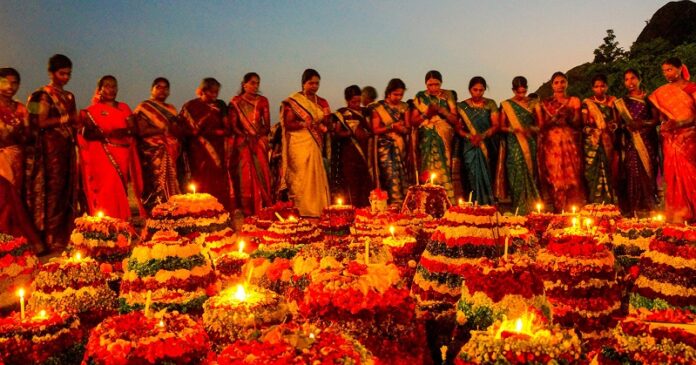 The entire country of India possesses a multi-hued cultural history, which is best reflected in the form of a variety of festivals. They are celebrated with zeal, joy, and frolic by people of various religions throughout the country. The vibrant state of Chhattisgarh, located in Central India, is no exception to this joyful hue. As you may know, tribal people make up the majority of Chhattisgarh’s population, therefore it’s no wonder that the state has managed to conserve its unique tribal culture faithfully and humbly.

Here is the list of some of the famous festivals of Chhattisgarh.

The Bastar Dussehra festival is one of Chhattisgarh’s most prominent festivals, and it is widely celebrated by the state’s residents. Maharaja Purushaottam Deo is claimed to have started the celebrations for this event in Chhattisgarh for the first time in the early 15th century. While Dussehra is a national holiday observed across the country, the Bastar Dussehra is marked by a distinct set of festivities. It is a festival during which the people of Bastar hold numerous special devotional activities at the famed Danteshwari temple in Jagdalpur.

The Bhoramdeo Mahotsav celebration, like other of Chhattisgarh’s festivals, is celebrated with a lot of pomp and circumstance. With its unique features, this is probably one of the most popular festivals in Chhattisgarh, attracting visitors from all across the country as well as from around the world. The primary festival celebration takes place within the confines of the well-known Bhoramdeo Temples, which are located about 135 kilometers from Raipur’s main city. This temple, which is one of the top tourist sites in Chhattisgarh, is said to have been built by the renowned monarch Ramachandra of the Nag dynasty, who married Princess Ambika of the Haiya dynasty.

This is one of the holiest and most popular festivals in Chhattisgarh, attracting pilgrims and devotees from all over the world. Though the first four Kumbh Melas are well-known, the fifth Kumbh Mela, held in Rajim, Chhattisgarh. It is a popular gathering of Vaishnavites, devotees of Lord Vishnu, the ultimate Hindu God. The Rajim Kumbh Mela takes place at Rajim’s Rajimalochana temple, near the confluence of the Mahanadi, Pairi, and Sonder rivers.

With its dark and dense forests, Chhattisgarh’s enormous tribal population has successfully preserved the state’s natural beauty, old-world charm, and enigmatic air. Gond is a historic tribal community in Chhattisgarh, and the Madai festival is celebrated with zeal and excitement by these people. Surprisingly, the festival’s timing differs from one location to the next. During the Madai Festival, several traditional customs and rituals are performed. In honor of the tribal god, for example, a goat is sacrificed beneath a sacred tree. A massive parade of local gods is another rite that signals the start of the festival ceremony.

Another prominent Chhattisgarh event, one centered on the state’s farmers. The Kajari festival is primarily observed to mark the start of the wheat and barley sowing season. The people of the region are profoundly religious, and they believe that by celebrating the Kajari festival, they can get Goddess Bhagwati’s graces and so have a better crop the following year. During this festival, there are several customs and rituals that can only be performed by ladies who have been blessed with a son.

The Bastar lokotsav is a Chhattisgarh event that contains the state’s largest tribal celebration, primarily among the Bastar tribes. The event promotes biodiversity, friendship, and a variety of celebrations. Feasts, folk dances, plays, and other forms of performing arts are included in this lokotsav event in Bastar.

The Goncha Festival is a Chhattisgarh festival held mostly in Jagadalpur, in the Bastar district of the state. This state is home to the goncha, a unique fruit or berry. The tribal states employ it as pellets or imitation bullets. In July, this tribal event is held. Members of the tribes commemorate the occasion by creating bamboo pistols and using goncha as fake bullets. The men then engage in simulated combat, shooting each other. One of the most magnificent Chhattisgarh festival.

The Teeja festival, held in Chhattisgarh, honors the state’s cultural diversity. This is a Rajasthani celebration in which the state is honored. Both the tribal and non-tribal communities participate in the celebration. The women of the society are predominantly involved in this celebration, while the men are largely excluded. Colorful and gay processions of women dressed in colorful traditional garb are held. In many sections of the state, bazaars and fairs are held. This festival of Chattisgarh is a wonderful sight to witness.

The Narayanpur Mela is held in the Bastar area of Chhattisgarh. It reflects the state’s tribal community. The tribals celebrate and adore their gods. In honor of the holiday, there are dance recitals, fairs, processions, music, and feasts. Within the tribes, it encourages brotherhood, harmony, and unity. It is commemorated every year in the last week of February.

This festival begins seven or eight days before Holi and finishes a few days after it, with the idols and dances based on various folk and tribal legends serving as the main attractions.

Farmers generally mark this festival in the month of Shravan by praying for their farm tools and cows in order to ensure a bountiful harvest. The farmers dress up in their traditional costumes for the festival and perform. The sight of this festival is magnificent. One of the very famous festivals of Chattisgarh.