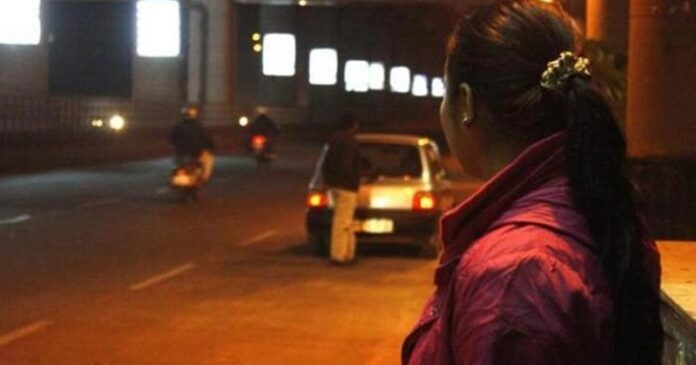 India is known as a country that promotes unity in diversity. India, a land where people of all castes and creeds live in harmony and coexist as one common people, is an illuminating example of how differences can never be an impediment to growth. Even so, in a country with over 300 cities, the question naturally arises: which is the safest city in India for women? Because safety parameters vary and change, determining the safest city must be approached with caution.
Here are the top 15 safest cities in India for females, viewed from different perspectives.

Chennai, the buzzing social hub of South India, it’s ranked first in the poll of India’s safest cities, because of its dynamic and inviting nature. Apart from South India’s known coastal beauty, most people appear to cancel out because of Chennai’s hot weather and busy lifestyle. When safety factors get taken into account, however, Chennai is by far one of the safest cities in India. Temples and churches, beaches, and marine wonders abound in this city, which has repeatedly reaffirmed its status as one of India’s safest towns. Chennai, like most other south Indian cities, has one of the lowest crime rates in the country.

Tirupati, India’s second safest city, is also one of the best places to live, with a higher Ease of Living score. Crime rates have been declining throughout the state, and Tirupati is no exception, thanks to an efficient police force. Perhaps the importance of Tirupati as a pilgrimage site has prompted the establishment of a larger and more systematic law enforcement department. This, in turn, has resulted in lower levels of crime, earning it the title of India’s safest city while also assisting the city in attracting more tourists.

Surat in Gujarat, India’s best metropolitan city, is also one of the safest cities in the country. Surat also has the lowest crime rate in India, making it the most peaceful city in the country. Surat’s high ranking in terms of crime and security has also aided its development as one of the country’s commercial and technical hubs. Surat is dubbed as the “Diamond City of India.” It is well on its way to being one of India’s safest cities, thanks to its emphasis on quality of life in terms of safety and hygiene.

The City of Dreams is one of the world’s largest cities. Surprisingly, Mumbai got ranked in the top tiers of India’s safest cities. Despite being India’s most populous city, Mumbai is one of the safest places to live in the country. Despite the higher level of ‘chill,’ Mumbai has emerged as the topmost safe city in India, possibly due to the open-mindedness of its residents, which is a cultural amalgamation in and of itself.

The state capital of Uttarakhand is one of India’s safest cities, with much lower theft, assault, and violent crime rates. In terms of social credibility, the dreamy city is also one of the best cities to live in India. It’s also a kind of sanctuary for those looking for peace and quiet. Dehradun, like the rest of Uttarakhand, has a lower crime rate than the rest of India. Due to its higher level of knowledge or its relatively less populated advantage, Dehradun, as one of the most serene towns in the country, is a gem when it comes to safety, and notably in nurturing women’s safety.

The Pink City of India, Jaipur, has a low crime rate and is one of India’s safest cities to live in. Apart from that, Jaipur has a rich architectural heritage, a well-planned township, and a thriving cultural tradition, making it one of India’s best cities to live in. Jaipur also does admirably well on the safety quotient as a tourist destination, and as one of India’s safest cities, it attracts visitors all year. The ancestral city, a distinct characteristic among India’s most calm places, is a wonderful terrain.

7. Pune
The Maharashtrian city of Pune is another city that has made its way onto the list of Indian cities with excellent standards of Ease of Living and safety. Pune is without a doubt India’s best city to live in, with an amazing quality of life. It is one of the safest cities in India, having worked hard to acquire one of the lowest crime rates in the country. Moreover, it is also a rapidly rising IT hub that has the resources to be one of India’s safest cities.
8. Kolkata
Kolkata’s status as one of India’s safest cities comes with a pretty unexpected bonus. The state of West Bengal, which includes the metropolis of Kolkata, has one of the country’s worst crime rates. Kolkata’s welcoming and mostly Bengali population has contributed significantly to the city’s reputation as one of India’s safest places to live.
9. Hyderabad
Hyderabad is one of the country’s safest metropolitan areas, as well as India’s second safest metro. It is also one of the cities in the country that got rated as one of the safest. Hyderabad, a city rich in scenic beauty and tourist attractions, has also benefited from its ranking as one of India’s safest cities.
10. Ahmedabad
Ahmedabad is not only one of India’s fastest-growing cities, but also one of its safest. Ahmedabad has fewer crimes, robberies, and sexual assaults than other major Indian cities, according to a Times of India recommendation for the best city to live in India. This Gujarati city has a scenic tourist destination in addition to its commercial viability. It is also one of the most peaceful places in India.
11. Chandigarh
Chandigarh is one of India’s least polluted major cities, and it is also extremely safe. Another Indian city that ranks high on the Ease of Living Index is Chandigarh, which also claims to be one of the safest in the country. Despite having a high rate of petty crime, Chandigarh is relatively safe in terms of the prevalence of crimes.
12. Bangalore

Bangalore is the best city to live in India in terms of work-life balance, and it is also one of the safest cities in the country. It is much safer than some of the more tranquil towns and cities that have seen an increase in crime rates in recent years. Bangalore, with its higher living standards and sophisticated infrastructure, is still one of the most livable cities that have graced India in recent years.

13. Gandhinagar
Gandhinagar, Gujarat, is a beautifully constructed city that it’s regarded as one of the safest cities in India to live in, especially for women. This city in Gujarat has one of the lowest crime rates in India, making it a very safe and secure place to live. Gandhinagar, Gujarat’s capital, isn’t just known for its beauty. It is also known for being the cleanest city in Asia, making it a national treasure as well as one of the country’s safest towns.
14. Mysore
Another city in India’s south makes the list of safest cities in Mysore. As Karnataka’s Cultural Capital, the Heritage City is a city infused with the arts. It is a place that entices rather than threatens females of the country.
15. Trivandrum
Trivandrum is one of the safest Indian cities to live in because it is the capital of Kerala. And Kerala is one of the safest states in the country by some measures. A trip to Trivandrum is guaranteed to be generally safe and secure. It is a popular tourist destination as well as an exotic wonderland richly bestowed by nature.