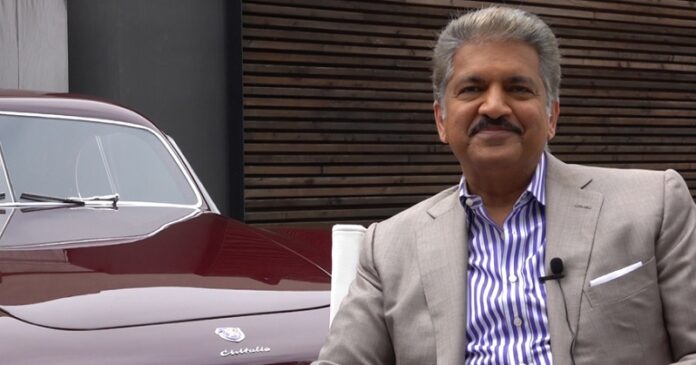 Anand Mahindra just proved that besides being a successful businessman he is also a person with a great sense of humour. He is very active on social media with 9.2 million Twitter followers, where he keeps sharing innovative and entertaining ideas. His recent comment is winning the internet, his reply to a man asking him to make cars at a very low price is hilarious.

And here’s a good addition to #mondaythoughts He says the Thomas Cup title was simply ‘Icing on the cake.’ It was the Team Experience that was the real prize! Brilliant. Let’s remember that; in Business and in all of Life.. pic.twitter.com/wN3FtLiVhz

A Twitter user asked the business tycoon if they can make cars at throwaway prices as low as ₹10k, to which Anand Mahindra came up with a witty response, the 67-year-old chairman shared a photo of a miniature red car, modelled after Thar, and wrote:

His sassy reply went viral on the internet, the man who demanded making cars that cheap should have seen it coming.

We’ve done even better; made one for under 1.5K 😊 https://t.co/6ccHGYxTYB pic.twitter.com/wmf9sNpWqR

Netizens were left in splits, some considered his reply “savage”, and lauded his response, while others thought it was a superb marketing strategy and commented on the resemblance of the miniature model to the actual cars. Some shared that their children would love them.

Check out how Twitter reacted to the business tycoon’s hilarious response:

West started this long back where the ads and marketing tools were created targetting young minds so that when they grow, it comes naturally to them to buy the same product.

Disney,Marvel and most of the car companies do that.

I hav two of these one on table & other at parking visible as my desktop wallpaper for road less travelled pic.twitter.com/IlYMdzrYfD

The Chairperson of Mahindra Group never fails to make his followers laugh with his sarcastic remarks and sense of humour. Once again, Mr. Mahindra’s candid and funny replies have won the hearts along with the internet.