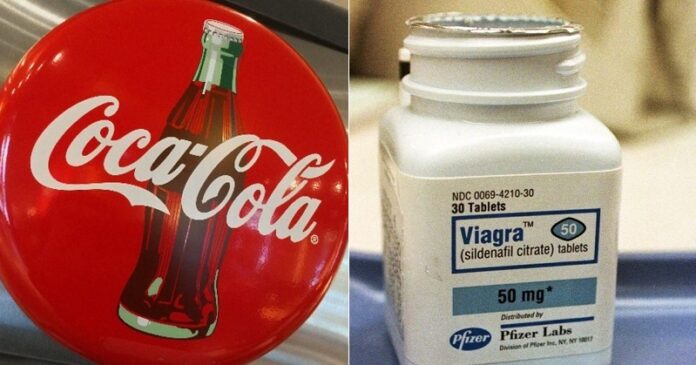 It is always said that necessity is the mother of invention, But in some cases, a happy accident leads to great inventions. Some of the amazing products now were discovered by an accident earlier. From Potato chips to x-ray images, were all discovered unintentionally.

Here is the list of some of the accidental discovery which made our life easier. Take a look:

A customer repeatedly complained about the soggy and thick potatoes in a New York restaurant and sent them back to the chef George Crum. He got fed up and cut the potatoes into thin slices. He then fried them and covered them in salt. And that is how the world’s favorite snack was born.

Percy Spencer was working with a microwave emitting magnetron in 1945. That time he felt an odd sizzling sensation and saw that a chocolate bar started melting in his pocket. After this, he patented the microwave.

A researcher in 3M Laboratories, Spencer Silver was trying to make a strong adhesive. Silver created an adhesive while working away that was rather weaker than what already existed. It stuck to the objects easily and could be pulled off without leaving a mark. Everybody thought that it was useless. But, Art Fry, another scientist realized that it can be made great bookmarks.

John and Will, the Kellogg brothers accidentally left a pot of boiled grain on the stove for several days. That is how they discovered the staple breakfast cereal.

In 1928, Sir Alexander Fleming, a Scottish scientist is credited with the discovery of penicillin. Fleming left out cultures of Staphylococcus aureus in his lab for two weeks. When he returned, he found that their growth had been prevented by a mold called Penicillium.

Before Chlorofluorocarbons became the reason behind depleting the ozone layer, it was all set to create a new variety of chlorofluorocarbon by Plunkett. However, it turned out to be a high melting point lubricant. This is now applied to all non-stick pans. The first used in military applications was Teflon.

Dr. Albert Hofmann accidentally discovered the psychoactive properties of the acid. He had been synthesizing LSD-25 when some crystals of the substance were absorbed through his skin after coming in contact with his fingertips.

British chemist John Walker discovered matchsticks in 1826. Once, he accidentally scraped a stick coated in chemicals. And suddenly the fire ignites. That is how the idea of matchsticks came.

Chemist Edward Benedictus accidentally knocked over a flask while working on lab in 1903. When Benedictus looked down, the glassware had just a slight crack and maintained its shape. Later he came to know that cellulose nitrate coating inside the glass kept it safe. Thus, safety glass was created.

Physics professor Wilhelm Conrad Rontgen in 1895 was working on a cathode ray tube. He shielded the tube with thick paper and saw that fluorescent light is coming through a material located near the tube. Later he came to know that the new ray could pass through most substances. It can pass while casting shadows of solid objects which now we know as X-ray images.

John Pemberton, an Atlanta-based pharmacist capitalized by selling a French wine coca concoction. The wine was known as the medicine for nervous disorders and headaches. When Atlanta banned the sale of alcohol, Pemberton’s business hit a speed bump. So, he created coca-based syrup excluding alcohol and drank it as a soda. He named it Coca-Cola.

While trying to make wine transport easier, a Dutch shipmaster used heat to concentrate the alcohol and add the water once he has arrived at his destination. When he tasted it, he found that concentrated wine tastes much better. So, he called his new alcohol “Brandewijn”.

The sildenafil compound was made by Pfizer for the treatment of angina pectoris and hypertension. While doing heart clinical trials, researchers found that the drug was more effective at inducing erections.

Richard James was a Naval engineer who was trying to develop a spring that would stabilize and give support to the sensitive equipment on ships. Suddenly the springs fell off but kept moving. With that, he got the idea of making toys. His wife Betty came up with the name, Slinky. James sold 400 of the bouncy toys in 90 minutes when it made its debut in late 1945.

As per Business Insider, a Canon engineer left a hot iron on his ink pen accidentally. The ink pen almost started dropping ink because of heat pressure. Thus, the idea of the Ink-Jet printer was born.

20 Normal Indian Things That Are Weird For Foreigners