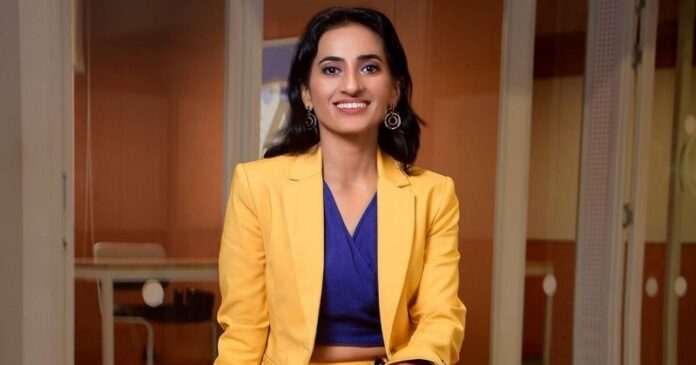 Shark Tank India helped the youngsters of India be well aware of the start-up culture. The well-established entrepreneur judges of the show, aka the sharks turned into celebrities overnight. Several memes and controversies related to the sharks still do the rounds even after the first season of the show ended.

The ‘sharks’ continue to make waves on social media, a joke faced by Vineeta Singh because of her cosmetic brand named Sugar surfaced recently. Vineeta often has to face several silly questions about Sugar Cosmetics, from Diabetes jokes to memes, the young entrepreneur has seen it all. During the promotions of Shark tank India on The Kapil Sharma Show, she opened up and gave some fitting replies in response to the jokes.

A few months ago, Vineeta had shared a screenshot of an e-mail where a person out of grave concern wrote that his girlfriend, who apparently uses Sugar Cosmetics wants to know why she named her brand Sugar and not something like ‘chai-patti’ [tea leaves] or ‘dudh’ [milk], the other ingredients of making tea.

The email addressed to Vineeta read: “My Girlfriend is a very big fan of #SugerCosmetics. But she wants to know that why you named your company as SUGER, But why not CHAI-PATII ???? …. Or DHUDH ???”

This hilarious email was shared by the CEO of Sugar Cosmetics on Twitter. When Vineeta arrived as a guest with the other ‘sharks’ of Shark Tank India on The Kapil Sharma Show, a similar query was raised by the host of the show, Kapil Sharma. Kapil asked Vineeta, “Jin logon ko sugar hai, unke liye jaggery mein bhi kuch available hai?”

Vineeta then talked about the email and revealed what she answers to everyone who asks her that question, she said,

Take a look at the video:

The second season of Shark Tank India is much awaited this year where Vineeta along with the other ‘sharks’ are supposed to make a come back. The exact date of release of season 2 is yet to be announced.