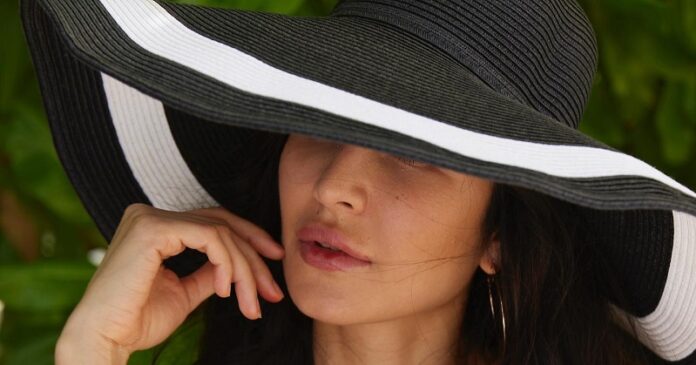 Bollywood sensational couple Vicky Kaushal and Katrina Kaif who got married in December last year have recently went on a vacation together to an undisclosed location. While they were at the bay, Katrina decided to treat her fans and her Instagram feed with some breathtakingly beautiful pictures from her latest vacation apparently with her hubby. The actress has 63.1 million followers on Instagram with Sham Kaushal, her father-in-law being one of them.

The Sooryavanshi actress shared a few pictures in a black monokini where she is looking stunning. She paired the fit with an oversized black and white hat and accessorized with hoop earrings. She came up with a perfect beach look with natural makeup, nude lips, and open hair. She just put a few emojis in the caption.

As soon as the image was posted, it became the talk of the town. From actress Janhvi Kapoor to Shah Rukh Khan’s daughter Suhana Khan, they were all hearts as they liked Katrina’s fresh post. Anaita Shroff Adjania, who happens to be Katrina’s best friend commented on the post writing, “Oo la la!”, and Vani Kapoor dropped some fire emojis.

After dating each other for a while, Vicky and Katrina tied the knot in December last year. The couple got married in Rajasthan in an intimate wedding ceremony which was attended by family members and close friends only.

Meanwhile, Katrina’s upcoming projects include Phone Bhoot with Siddhant Chaturvedi and Ishaan Khatter, Tiger 3 with Salman Khan, and Merry Christmas with Vijay Sethupathi. She will also be seen in Jee Le Zaraa directed by Farhan Akhtar with Priyanka Chopra and Alia Bhatt.

Vicky recently finished shooting for an untitled film with Sara Ali Khan. He also has Sam Bahadur with the Dangal actors Fatima Sana Shaikh and Sanya Malhotra, and Govinda Naam Mera which also stars Bhumi Pednekar and Kiara Advani in the pipeline.