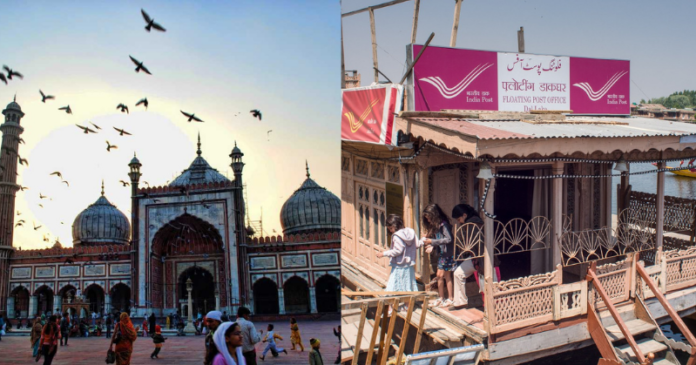 India is not only a country but it is also known as a sub-continent due to its vastness and diverse culture. No doubt India is on the bucket list of several travelers from all around the world. You can’t get enough of this place no matter how much you learn about it. There are innumerable facts about India that are yet to be revealed.

Here we bring to you 30 Strange and Surprising Indian facts that you may not know about:

1. The earliest diamond in the world

According to sources, on the bank of rivers Godavari and Krishna among huge alluvial deposits of the stone, the first-ever diamond was mined in India. India has also been home to some of the world’s biggest diamonds in the world.

2. The wettest inhabited place on Earth

While you are visiting India, make sure you bring an umbrella with you as the monsoon season lasts for six months. Mawsynram village in India holds the title of Guinness world record for the wettest place on Earth, with about 11,873 milliliters of rain annually.

3. India introduced the first shampoo to the world

Among many facts about India, this one comes as the biggest surprise. In India, dried Indian gooseberry was mixed with other herbs to prepare a hair wash, a recipe that is still used in the country. The first shampoo was used by the Indian local people. Did you know? The word ‘shampoo’ originated from the Hindi word, champo.

4. India has the highest cricket ground

Among the facts of India, another shocking fact is that the Chail Cricket Ground in Himachal Pradesh is the highest cricket ground in the world. It sits at an altitude of 2,444 meters and is part of the famous 19th century, Chail Military School.

5. The first-ever rocket was launched from India

6. India sets up a voting poll booth for one

This is one of the strangest facts about India. In the Gir Forest India sets up a voting booth for only one person during elections. Since 2004, Mr. Mahant Bharatdas Darshandas has been voting in the polling booth specially made for him every year.

7. It was the first country to produce sugar

India has been the first to discover the use of sugarcane and has been producing sugar since ancient times. People in the Indian subcontinent were the first to use its properties in food and medicine.

9. It has a village named after an E-commerce company

10. India took part in the discovery of water on the moon

Using a Moon Mineralogy Mapper, The Indian Space Research Organisation’s lunar probe, Chandrayaan-1 detected water on the moon. For the first time ever, water was discovered on the moon. It is one of the lesser-known India Facts.

11. Cows are considered sacred in India

In India, even on crowded streets, cows can roam around freely wherever they please without fear. They are even protected by their own set of rules in the Constitution, which makes killing a cow a crime.

India is known for its stunning architecture. India has innumerable Hindu temples, the holy city of Varanasi alone has over 23,000 temples. The mosques across the country range from small village buildings to famous ones, like the Mecca Masjid in Hyderabad or the Jama Masjid in New Delhi as about 15% population in India are Muslims.

13. India has the highest rail bridge in the world

The jaw-dropping beautiful Chenab bridge spanning the Chenab river in Jammu is at a height of 1,178 feet above the water making it the highest rail bridge in the world.

14. Rajasthan has a Temple of Rats

One of the most surprising Indian facts, there is a temple in Rajasthan dedicated to rats, though rats might not be the first species that comes to your mind to worship. One of the country’s unique attractions, the place is visited by many pilgrims every year.

Most of you must have heard of Ladakh, the Ladakh road is the highest motorable road in the world, at over 19,300 feet. So, get ready for some adventure if you plan to visit the place.

16. Home of a mysterious skeleton lake

At about 16,470 feet, in the Himalayas, you can find human skeletons in the glacial lake Roopkund and in the surrounding areas. It is said that the skeletons are of the people from the 9th century who lost their lives during a deadly hail storm. Spooky enough!

17. The popular game “Snakes and Ladders” originated in India

This board game now sold across the world (sometimes adapted to “shoots and ladders”),  traces its roots back to India. It was first created to give lessons to young children so that they understand and remember the teachings of morals and lessons about karma.

18. Most Indians eat with their hands using fingers

It’s customary in India to eat food with your hands using fingers, including meats, rice, and vegetables. Some people say it’s a requirement to eat the dish with your hands to truly enjoy authentic Indian curry.

19. India has a village with no locks and doors, the safest on Earth

With no criminal act recorded for almost 400 years, the village of Shani Shingnapur is famous for not having a door or lock on a single house. This has created a neighborly trust among the residents, which is stronger than a deadbolt or heavy gate.

20. India has the world’s largest sundial

The largest sundial in the world, 27 meters (90 feet) tall is situated in the city of Jaipur, India. It has stunning architecture and is made of polished stones. It is listed as one of the  UNESCO World Heritage Sites. Thousands of visitors come to witness the shadow every year, which moves at about six centimeters per minute.

21. The Beautiful Lonar Lake in Maharashtra was formed by a Meteor

Created by a plummeting meteor about 52,000 years ago, this lake which is a 4-hour drive from Aurangabad, Maharashtra, India is a major attraction for travel enthusiasts.

If you place your car on neutral gear right on the spot marked by white paint following the instructions mentioned your car will begin to move uphill on its own leaving you in awe.

Madhopatti, a small village in the Jaunpur district of Uttar Pradesh has a record of producing the most number of IAS officers, about 47 officers from around 75 households. Besides that, many have made a mark in organizations like Bhabha Atomic Research Centre, ISRO, and World Bank.

Besides the magnetic hills in Ladakh, the anti-gravity phenomenon has also been observed at a road stretch near Tulsi Shyam in Amreli district, Gujarat.

25. India has the Largest Number of Vegetarians in the World

Even western food chains in India like KFC provide a separate vegetarian menu in their restaurants. Among the Indian population, 15% and 30% follow a vegetarian diet. The majority of the population are vegetarians.

First is the US, and India comes second with around 10% of its population being fluent in English. It is estimated that in the next decade this statistic is expected to quadruple.

One of the amazing facts of India is that it produces the largest amount of milk in the world, reaching over 155.5 million tonnes in 2015. India has been known as the largest milk-producing country in the world.

28. Indian National Kabaddi Team Has Made their Own Record

India’s very own game of Kabaddi has made its mark in the country and beyond. The Indian national Kabaddi team made sure to bring all the 5 World Cup trophies home. The Kabaddi team o0f women have also remained undefeated in all the Kabaddi World Cups.

29. The Kumbh Mela Gathering in India That is Visible from Space

The spiritual event known by the name Kumbh Mela in Northern India is held once in 12 years. This religious gathering was so vast in 2011 that it was visible in space through a satellite as it attracted over 70 million people.

30. First Hospital Train in the world

The Jeevan Rekha Express a.k.a The Lifeline Express is the world’s first hospital train that takes its services to remote villages, their services ranging from cancer treatment to surgeries. Among the unknown Indian facts, this one secures a place on the list.