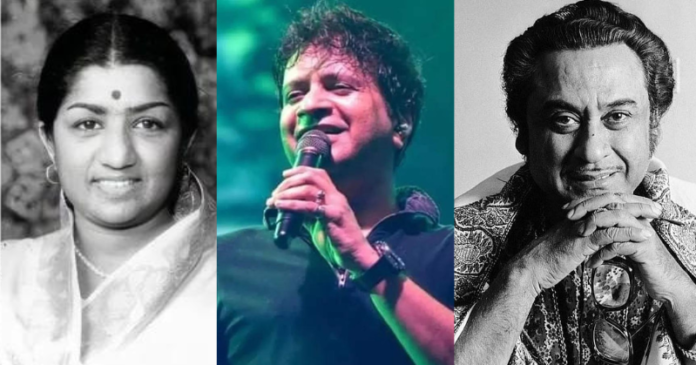 India is full of melodious voices and super talented singers. Music uplifts our mood; no one can do that better than these singers with beautiful voices. There are some talented gems who can also be called the best singers in India whose talent is incomparable and their songs are a treat to our ears. A few of the best Indian singers have been in the Bollywood industry for ages and they have sung innumerable songs that one can hear on a loop.

Here’s a list of some of the best Indian singers of all time curated by us just for you!

Lata Mangeshkar’s angelic voice is beyond compare, the ‘Nightingale of India’ sang more than 30,000 songs in 36 different languages. Lata Ji has been a living legend who is a winner of the prestigious Bharat Ratna, Filmfare Lifetime Achievement Award, Padma Vibhusan, Padma Bhusan, and many more. She is undoubtedly one of the best Indian singers of all time. Her contribution to Indian music for decades is unmatchable. The nation was grief-stricken by her demise in February 2022 at age 92.

A voice like Kishore Kumar is not easy to find and he is the best Indian singer of all time. The king of yodeling and his playful singing notes are known and heard by everyone. We should be grateful that we had the privilege to hear the songs of an artist who cannot be recreated in this world.

We bet you must have heard of the popular song Gulabi Aakhein, it is one of the best Bollywood songs ever. The best that happened to the Indian music industry is Rafi’s unique and melodious voice. The legend has gifted us with some gems like Yeh Chaand Sa Roshan Chehra, to Chaudvin Ka Chand.

With a career that spans 7 glorious decades, the artist has recorded more than 12,000 songs that have been graced with her voice. This versatile singer has done it all, from cabaret songs to ghazals.

Asha Bhosle songs: Dum Maro Dum, Do Lafzon Ki Hai, In Aakhon Ki Masti, etc., are some of the most popular songs.

Shreya Ghosal started very young and has been ruling the Bollywood singing industry for years. Everything started after she won the reality show Sa Re Ga Ma Pa in 2000, and ever since she hasn’t looked back. She recorded her first Bollywood song at the age of 16. It was a big break for her as the song was Bairi Piya from Sanjay Leela Bhansali’s Devdas, the talented singer with the sweetest voice even won a National Award for that. She is one of the best Indian singers female and among the top 10 Indian singers.

Alka Yagnik is one of the most popular singers of the 80s and 90s, she has been singing as a playback singer in the Bollywood industry for years. She has also been a judge in many singing reality TV shows. The singer is known for her melodious and high-pitched voice.

Sonu Nigam’s voice is a treat to the ears and his singing can be defined in one word, i.e. brilliant! His soulful voice can make you fall in love and feel every emotion in his voice. Most of his songs have been superhit and his singing career in Bollywood has been bright.

Krishnakumar Kunnath, or KK, the legendary singer started his career in the Tamil film industry by singing the famous AR Rahman song Strawberry Kanae. He is one of the Indian top singers who got his big Bollywood break in the movie Hum Dil Chuke Sanam by singing Tadap Tadap. We hope you are aware of all the Emraan Hashmi hits, guess who gave voice to those popular songs? It’s KK. We strongly believe in KK supremacy and he has undoubtedly been one of the top 10 singers in India. The iconic singer’s death was a shock for the entire nation recently.

Also Read: Best songs of KK To Take You Down The Memory Lane

Most of the Bollywood hit 90s songs were sung by this amazing artist. He is the recipient of the prestigious Padma Shri Award and has offered his voice to thousands of songs across languages. Kumar Sanu is known for his iconic voice and singing style.

Words cannot describe the sheer talent that this man. Arijit Singh is a hit machine and has several popular Bollywood songs in his kitty. His singing is not limited to Bollywood, the singer has lent his voice to some of the best songs of all time. The versatile singer’s singing is effortless and beautiful! He is still one of the best Indian singers 2022.

There are definitely many more famous singers from India whom we could not add to this list. If we missed out on any of your favourite singers, feel free to let us know and comment below!