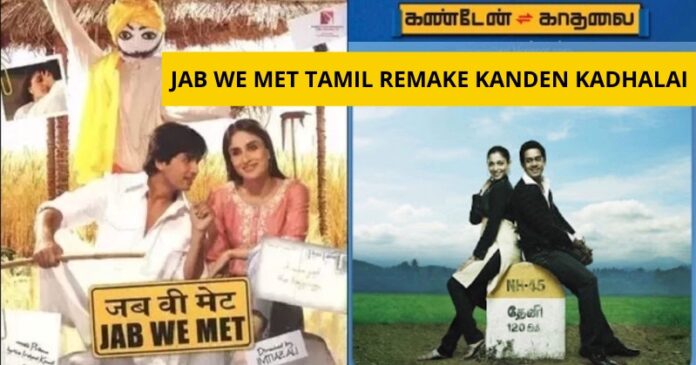 It is often claimed that Bollywood filmmakers are not that creative. They are always talked about copying stories from different film industries, turning good story plots into bad movies, and many more things. The Bollywood movie industry has recreated films from the South and South Indian filmmakers have also done the same.

So, here are 10 South Indian movies that were copied from the Bollywood film industry. Take a look at them:

3 Idiots is one of the best movies in the Bollywood industry. While there are some problematic aspects regarding this movie, it turns out to be a pretty hilarious movie.

Jolly LLB was among the most amazing films in Bollywood. The movie has everything with a great story and brilliant acting. Even though the Tamil remake was not that funny but is still brilliantly made.

Delhi Belly was a nice movie with a strong story and plot. Even though it was a small budget film and there were no grade-A established actors in it, but it did pretty well.

Pyaar Ka Punchnama is one problematic and misogynist movie. But people still loved it and even related to it. However, its Telugu remake was not able to portray the movie properly and failed.

A Wednesday has its remake both in Telugu as well as Tamil. This movie conveys a powerful message regarding terrorism. It needs to be remade in every corner of the world.

Kahani earned massive success on OTT and television. It has a brilliant story plot with powerful Vidya Balan’s performance. The Telugu remake of the movie is set in Hyderabad. It blends in the cultural nuances perfectly.

Pink remains among the top Bollywood movies. It presented a brutal reality with strong acting performances. Its Tamil remake presented Ajith in place of Amitabh Bachchan.

Khosla Ka Ghosla is a class movie. While presenting several difficulties of a common man, it has proper comedy in the movie. That is why it deserved a remake.

Dabangg played a huge role in shaping Sonakshi Sinha’s career. The South Film industry also made this film. The remake cast Shruti Haasan and Pawan Kalyan as the lead actors.

Jab We Met is one of the classic movies. The movie had a roller coaster of emotions and fun. The remake also had the same magical impact as the original movie. The remake of this movie cast Tamannaah and Bharath.