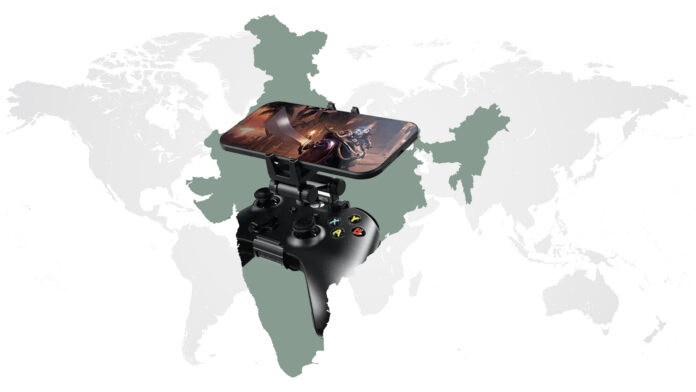 Pranesh Mahajan, an advertising executive in his mid-twenties living in Delhi, discovered ‘Call of Duty Mobile’ and the stress-relieving effects of mobile gaming during the lockdowns induced by the first wave of Covid-19 that hit the nation.

Now, long after the second coronavirus wave has subsided, the time he spends gaming has gone down compared to the lockdowns period; nevertheless, he regularly enjoys one of at least six games installed on his smartphone. Mahajan, whose case is quoted in a recent publication on the boom of online gaming by the Financial Express, is just one of many examples of regular people joining the ranks of mobile players in the pandemic-dominated times.

According to the platform’s founders Anirudh Pandita and Ashwin Suresh, “Gaming is one of the few bright spots as compared to other industry sectors that have been negatively impacted by the lockdown.” Commenting on the rising popularity of game streaming with consumers being able to “play from the comfort of their homes”, they add that “It will continue to see secular upwards revenue growth with lockdowns only accelerating the consumption of gaming and live-streaming, bringing them to the forefront of the consumer entertainment experience.”

A recent report by the Indian branch of global financial advisors KPMG shows that the average weekly time spent gaming by smartphone users peaked at 4.1 hours during the week of April 25, 2020, amid the first lockdowns brought by the coronavirus pandemic.

This was a substantial increase from the pre-Covid average weekly mobile gaming time of 2.5 hours, but notably, after the lockdowns were eased, the average time dedicated by users to playing games on their smartphones decreased to 3.1 hours during the week of June 27, 2020, but never dropped down to the pre-pandemic levels.

This trend is confirmed by another recent joint report by RedSeer Consulting, a homegrown global advisory firm, and Lumikai Capital, a Bharat venture capital company working with interactive media and gaming. According to the paper, the average weekly gaming time during the second coronavirus wave in India that hit the nation in the spring of 2021 was 3.6 hours, marking a 44 percent increase over the 2.5 hours before Covid.

The RedSeer and Lumikai paper also point out that the average number of monthly game downloads in India has increased by 50 percent over the last year, with the number of new paying users rising by the same percentage.

Lottery, India’s most popular real money game, also received a boost in traction when the Covid pandemic tightened its grip over the country, as per the findings of a recent study on Indian lotteries by ENV Media, RMG market analysts.

The experts look into organic search data from the middle of March to the end of August 2020 to confirm preliminary expectations that during and after a crisis and times of isolation and general uncertainty, the demand for online and government lottery in India increased significantly.

“The possibility to improve one’s economic situation via lottery winnings (and modest “investments”) is an enticing proposition to many,” says the study and points to the findings of previous scientific reports showing that “lotteries are more relevant than ever in uncertain times because of their potential for fueling optimism”.

Covid-19 Only Stoked Up An Existing Trend

Online gaming in India has been growing at a compound annual growth rate (CAGR) of 18.6 percent from $543 million in 2016 to crossing the $1 billion thresholds in 2020, as per a report by EY and the All India Gaming Federation (AIGF).

The availability of affordable smartphones, cheap data plans, and rising internet penetration in urban and rural areas had put online gaming on the rise even before social distancing norms were brought to us by the new coronavirus.

“What the pandemic did was accelerate an already thriving sector. With people forced to stay indoors, they had more time to try out new games,” points out Mobile Premier League (MPL) senior VP on strategy and operations Naman Jhawar.

Online gaming platform MPL which offers more than 70 games in various categories including casual and fantasy games and esports experienced growth of three to four times during the lockdowns. “Some of our top titles such as Pool and World Cricket Championship saw a 400% increase in the number of games played,” Jhawar says.

10 Examples Of Double Standards Our Society Needs To Think About