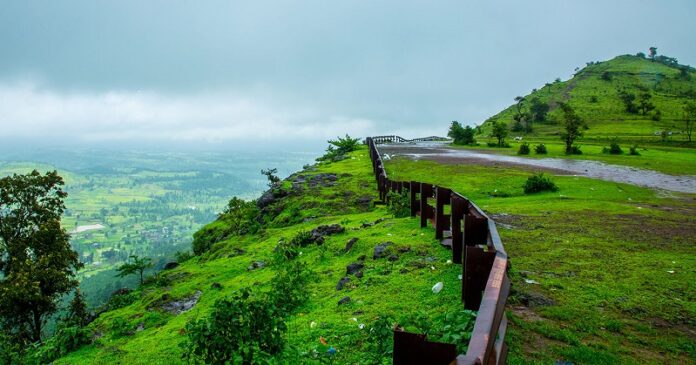 Gujarat has a rich and diverse culture all around the state. It borders Rajasthan to the northeast, Daman and Diu to the south, Madhya Pradesh to the east, and the Arabian Sea to the west, containing far more than meets the eye. Besides that, it has everything that will entice you to return to this destination again and again, from its serene countryside to its spectacular architecture, from being a spiritual pilgrimage site to being a home for the remaining pride of Asiatic Lions. Gujarat, often known as the ‘Jewel of the West,’ is home to a plethora of gorgeous hill stations within and around the state. Plan a trip to Gujarat and experience surrealism at these 10 stunning hill stations.

Here are some of the amazing hill stations in Gujarat.

Saputara, or the abode of serpents, is one of Gujarat’s most well-known hill stations, perched at a height of 1000 m atop a plateau in the forests of Dang District, Sahyadri Hills. Saputara, with its green surroundings, has a cool and pleasant environment all year. This site, advertised by the Gujarat tourism agency as the most developed tourist spot in Gujarat, offers a clean atmosphere and all the amenities that are required for a fantastic trip, such as hotels, parks, adventure activities, theatres, museums, restaurants, and so on. One of the most famous hill stations of Gujarat.

Don Hill Station, located at a height of 1100 m, is an offbeat location in Gujarat that gives breathtaking views of the verdant mountains that surround this area. The tranquil ambiance of this region is extremely enchanting, and it is a pleasure for all nature enthusiasts. Don Hill Station, Gujarat’s second hill station after Saputara, gives a wonderful perspective of the surrounding lush flora. With its smooth trails and roads, this location has a wonderfully enthralling environment that will make you want to return. One of the most beautiful hill stations in Gujarat.

This lovely hill station, lying at an elevation of 750m above sea level, is named after Lord Wilson, Mumbai’s former Governor from 1923 to 1928. Wilson Hills, located in the Valsad district near Dharampur Tehsil, is a lofty and impenetrable forest of the Pangarbari Wildlife Sanctuary. It is known as one of the top three hill stations in Gujarat, is considered to be the only hill station in India that offers a view of the Arabian Sea from the peak summit. One of the most wonderful Gujarat hill stations.

Mount Abu, a quiet weekend getaway close to Ahmedabad, is a favorite escape from the blazing heat of Rajasthan for tourists, visitors, and locals. The gorgeous backdrops of this region have frequently been displayed on the silver screen, making it a prominent tourist attraction that finds a position in the choice of stunning locations for movies and serials. Mount Abu, also known as ‘An Ocean in the Desert,’ is home to numerous temples, lakes, rivers, waterfalls, and evergreen woods.

Matheran, one of Maharashtra’s most renowned tourist destinations, has a pleasant climate all year. This hill station is located near Mumbai in the Raigarh district of Maharashtra, at an elevation of 803 meters above sea level. Visit Matheran after the monsoon, when the greens are in full bloom, to enjoy the breathtaking natural splendor at its best. With a plethora of wonders to discover, Matheran provides mesmerizing views of the thick flora that resides in the hills and valleys that surround this location. Aside from that, Matheran is home to numerous waterfalls and lakes where you may unwind while listening to the bubbling waters dashing on the rocks below.

This hill station, located in the Aravalli range, is relatively young. Polo woodland, with its little hillocks surrounded in a huge, lush forest encompassing over 400 square kilometers, is an ancient community with archaeological remains dating back to the 10th century. The location was largely unknown until the government built a highway leading up to it roughly 5 years ago. Since then, the Gujarat government has also hosted the annual Polo Utsav, which is similar in nature to the Rann of Kutch festival. Polo woodland, with its ample greenery and peacefulness, is the ideal site for a one-day picnic near Ahmedabad.

If you’ve visited every hill station in Gujarat, it’s time to visit Lonavala. Lonavla, a prominent hill station in Maharashtra’s Pune region, offers stunning views of the rich foliage that surrounds the area. Lonavala is well-known for the production of hard candy Chikki, and its proximity to Mumbai and Pune makes it a popular weekend destination for both residents and tourists. Khandala, a popular hill station near Lonavla, receives a high volume of visitors. Once there, you can visit the nearby caverns and fortifications of Lohagad and Visapur, or embark on the Andharban walk, which takes you through deep forests and waterfalls to Bhira. 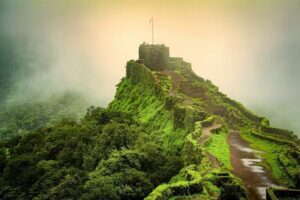 Mahabaleshwar, the largest hill station in Maharashtra’s Sahyadri range, has a mythological past related to the Shiva Temple at Old Mahabaleshwar. It is the originating site of the River Krishna, which runs across Maharashtra, and its four tributaries, Koyna, Vienna, Savitri, and Gayatri, which go from the mouth of the cow statue at the Shiva Temple before merging into Krishna. Mahabaleshwar is a nature lover’s delight, with beautiful vistas of the mountains that surround it.

Instead of going to a Gujarat hill station, you should cycle to Suryamal. Suryamal Hill Station, located in Thane’s Mokhada Taluk, is definitely a nature’s sanctuary, perched at an elevation of 1800 feet above sea level. Suryamal, a lesser-known hill station, provides an unforgettable experience for both trekkers and mountain bikers. The lush surroundings and idyllic setting bring out the best in this hill station. A short distance away is the Amala Wildlife Sanctuary, which is home to numerous unique kinds of flora and fauna, as well as the Deoband temple devoted to Lord Ganesha.

While this hill station is not in Gujarat, it is close by and is ideal for a relaxing vacation. Jawhar is located in Maharashtra’s Thane district at an elevation of 518 meters. Jawhar, one of the few remaining tribal kingdoms in Maharashtra, is known for its Warli Art and has gorgeous backdrops and a vibrant cultural legacy. Aside from admiring these magnificent traditional paintings, you can also climb all the way up to the hills, explore Khad-Khad Dam, Kal Mandavi Waterfall, Dabhosa waterfall, or marvel at the neoclassical beauty of the Jai Vilas Palace. The best time to visit Jawhar is between October and February when the temperature is mild.

20 Must Visit Andhra Pradesh Temples For A Divine Pilgrimage