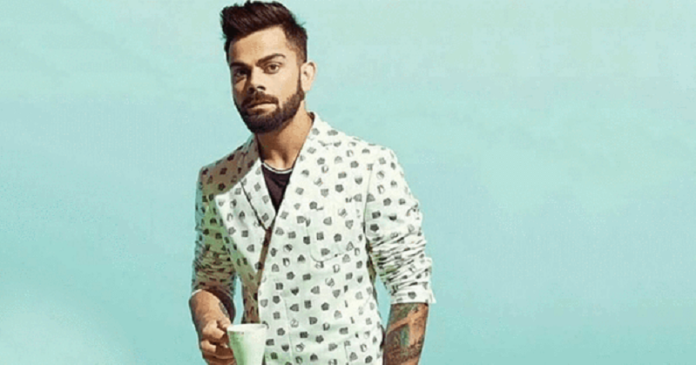 One of the famous Virat Kohli hairstyle names is the long spike. Spiky hairstyle has always been in vogue. And, when it comes to Kohli, he took it up a notch by sporting it on medium length. To ace, this trendy hairstyle just like Virat, make sure your spikes stay put by applying some of the gel on it.

Among the names of Virat Kohli hairstyles, the french crop tops the list. This is one of the international hair trends for everyone. With short hair on the top, the French crop involves a taper fade or undercuts. This haircut is perfect for the guy on the run with minimal effort required in styling. With this hairstyle, you don’t need to worry about fixing your hair at regular intervals.

Virat Kohli hairstyles mix it up from time to time. That is why he went for the taper fade Mohawk hairstyle when it came to shooting for one of his brand endorsements. It is the longest in the middle of the forehead at the hairline. Moreover, the back and the sides are tapered and fade into a shave. Virat Kohli hair style is one of the most stylish hairstyles in the world.

Among the names of Virat Kohli hairstyles, the captain’s fade hairstyle comes fourth in the place. Short fade haircuts for men offer the best base for any hairstyle. Virat can be seen donning this haircut as he relaxes at his home. Things need to be a little different when it comes to Virat Kohli. He went for a side-sweep instead of the spikes for his hairstyle.

One of the famous Virat Kohli hairstyle names is the short comb-over fade. The comb-over is an iconic hairstyle for men all around the world. Virat was seen donning one of the most popular haircuts of 2018. This hairstyle works brilliantly in casual workplaces as well as for professional looks. So, you can look stylish while being at work as well.

The pompadour features long hair on top with short hair on the back and sides. The large volume of hair in the front makes the pompadour unique that gradually retreats towards the back of the head. This hairstyle will give be sophisticated and sleek look. So, who doesn’t like Virat’s sexy yet sharp look in the pompadour hairstyle?

7) The Tousled Look Of Virat

It becomes a statement when Virat Kohli sports any hairstyle. All you need to do is rub some of them in your palms to create this hairstyle. Deliberately giving a casual appearance, create a messy look. This is one of the most stylish and trendy hairstyles of Virat Kohli that is famous across the world.

The captain of the Indian cricket team proves that the fringe is not meant for women only and sure knows how to rock the fringe hairstyle. The man fringe has garnered a huge following, thanks to our Indian Batsman Virat Kohli. It shows that he can rock each and every hairstyle.

If you want to look daring and dapper, then you must try this hairstyle of Virat Kohli. When it comes to style, it is not surprising that he is one of the most looked-after cricketers. He was seen donning the structured quiff hairstyle while he was on a vacation. Structured quiff makes an excellent, eye-catching hairstyle for men. However, it may take some time to practice.

Virat Kohli can endorse any look effortlessly and he did the same with a cool dude look as well. To transform yourself into the new cool dude in town, simply create spikes and make two cuts with a razor above the ears. You can use it to get the sheen and the right texture. Because of his super amazing hairstyles, he looks just smashing and is the biggest heartthrob.

30 Hairstyles For The Perfect Saree Look To Look Gorgeous