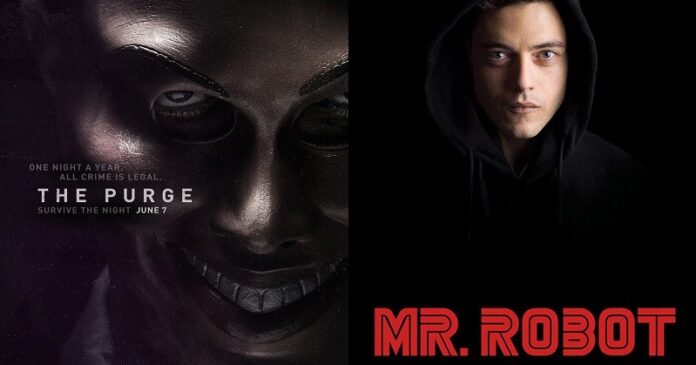 From food to information or clothes, people of today need everything fast. The customer service world today revolves around being the fastest to provide any services. And entertainment today has certainly become fast as well. Be it movies or series, the trend of getting everything at our fingertips is on the rise. With this rise, companies like Netflix and Amazon are the ones who emerge as the most popular forms of entertainment.

Amazon Prime Video, or simply Prime Video, is a subscription video-on-demand OTT streaming service. Prime Video has hundreds and thousands of web series across various genres. The best thing about this is that since entertainment should have no bounds; the language barrier is heavily broken down. There are dubbed versions of several shows for all to enjoy.

Here are our top 20 picks for the best Hollywood web series dubbed in Hindi on Prime Video.

The name of this show perhaps needs no introduction. Star Trek is a major movie franchise, which got a series reboot in 2020. With an IMDB rating of 7.6, the show has been successful. The show follows the life of Jean Luc Picard. Apart from the obvious fans of Star Trek, the web series can be enjoyable for all who prefer a sci-fi and fantasy genre.

The next show on the list of best Hollywood web series in Hindi is Jack Ryan. Released in 2018, the show has a rating of 8.1 on IMDB and has been hit with critics and views. The show currently has two seasons. It follows the life of Tom Clancy a former marine who is fighting against the terror organizations. The web series on Prime is available in Hindi and other regional languages. The breakout of this show is the lead actor, John Krasinski. If action-packed shows are your pick, this show is sure to be a favorite.

The show is one of the most critically acclaimed and the actor Rami Malek has become a fan favorite. The show has 4 seasons and an IMDB rating of 8.5. It follows Elliot who is a brilliant unstable hacker who works towards breaking down a corrupt organization. The show has received praise for its factual representation of hacking. The plot is well thought out and engaging. This is one of the best Hollywood web series.

Released in 2019, this show has a rating of 6.7. This Hindi dubbed web series is in the horror and fantasy genre. It follows the story of Vic McQueen, who finds out that she has supernatural abilities and then there is an immortal being Charlie who feeds on children’s souls, their encounter puts them both in survival mode and makes the show interesting. A perfect horror binge for your weekend, this is an amazing Hollywood web series in Hindi.

This thrilling show has an IMDB rating of 7.7. It follows the life of a Russian Mafia family living in exile in London and their eldest son Alex who gets involved with some of the family’s older businesses. Both seasons of this Hindi dubbed web series are available on Prime Videos. If crime shows are of your interest, give McMafia a try. The show deserves a good spot on the best Hollywood web series in Hindi list.

This show is the spinoff of one of the best Hollywood web series, The Walking Dead. It has an IMDB rating of 6.9. It follows two families who try to survive a zombie apocalypse in Los Angles. While the background of this show is similar to its original show, it follows a different plot. If horror is your fix, be sure to catch this out.

Released in the year 2018, The Purge has an IMDB rating of 6.4. The show follows an alternative reality in the U.S. where all crimes are legal for 12 hours. How some people react to this law is the synopsis of this series. If you like horror mixed with mystery, do check this 20 episode series out. For its engaging plot, The Purge certainly earns a spot on our amazing Hollywood web series in Hindi list.

The Terror is an Amazon original series with an IMDB rating of 8. It is based on true events of the story of the British Royal Navy voyage as its crew goes through the harshest conditions and horrific times. This is one of the best Hind dubbed web series and can also be found in Bangla and other regional languages.

The Path follows the story of Eddie Lane who is a member of a spiritual group called Meyerism. The show shows us the challenge that he faces as he tries to grow Meyerism without becoming a cult leader. The show has a dynamic plot with an IMDB rating of 7.3. The Emmy-winning actor, Aaron Paul elevates this show making it a top Hollywood web series in Hindi list spot.

Released in the year 2019, Treadstone has an IMDB rating of 7. The show shows us how the CIA uses behavior modifications to turn its recruits into meta-human assassins. The show has been praised for using real-life examples and hence making it a lot more relatable. The action and drama on this show certainly earn a spot on our best Hindi dubbed web series.

The next on our Hollywood web series in Hindi dubbed list, is the show Hap And Leonard. The show has an IMDB rating of 7.6. This show is the perfect combination of Crime, Drama, and Thriller. Set in the 1980s it follows the lives of two best friends who try out an elaborate rich scheme that ultimately backfires on them. A thrilling weekend binge fix.

The show follows the paths of a warrior and a young boy as they search for enlightenment and face strong enemies. The plot heavily features martial arts, is action-packed, and has an IDMB rating of 8. If you like an action-filled show with a good dramatic storyline, this one is for you. This is one of the best web series dubbed in Hindi.

The next show on our list of Hollywood web series in Hindi dubbing list is Dietland. The show was released in 2018 and has an IMDB rating of 6.4. The show uses dark comedy as it navigates the things that women need to go through in the world like patriarchy, rape culture, body shaming, unreasonable beauty standards, racism, and more. A must-watch for all, this definitely deserves a spot on the top Hollywood web series in Hindi list.

A new take on the classic, Wizards Of Oz, our next show in the Hollywood web series in Hindi list is, Lost In Oz. No matter how many years we add to our lives, nobody can resist a good animation. The story follows the life of Dorothy Gale her best friend Toto as they discover the magical land of Oz. The show is perfect for a quick and fun watch and has an IDMB rating of 7.7.

16) Niko And The Sword Of Light

Yet another animation entry on our list of best web series dubbed in Hindi list is Niko And The Sword Of Light with an IDMB rating of 7.7. The story follows the path of Niko as he goes on a journey to bring light back to his home by using the magical sword. A perfect watch for the entire family, it can be enjoyed by kids and adults alike.

Released in the year 2018, the next show on our Hollywood best web series in Hindi list is Kung Fu Panda. The name needs no introduction as Kung Fu Panda is a popular Hollywood movie. This show has an IDMB rating of 7.6. The show follows Dragon Master Po who is now shaping his young students as he becomes a teacher. True fans of the original movie cannot miss this series.

The next on the Hollywood best web series in Hindi list is the show Nine Perfect Strangers. The show takes place at a wellness resort that assures nine strangers of healing. Masha, the resort’s owner watches over them. The mystery of what happens to these nine people in the show is engaging. For all who like a fast-paced and mysterious genre, this series is a good watch with an IDMB rating of 7.5.

The show has 5 seasons and has an IDMB rating of 7.9. As the name of the show suggests the series’ plot revolves around an affair. A waitress Alison starts an extramarital affair with a teacher, Noah. The show takes us through the journey of their relationship and the aftereffects of the affair. The show is perfect for a drama lover. The script is heavy with emotions and well-deserving of getting a spot on the best Hollywood web series in Hindi list.

Manifest takes us on an interesting journey of 191 passengers who were presumed to be dead after the crash of the Montego Air Flight 828. We follow them as they discover realities around them. If drama with some sci-fi fantasy is your pick, this show is a good one.