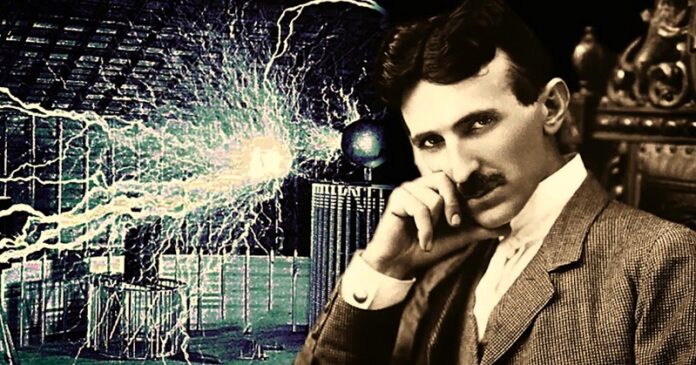 Nikola Tesla was an engineer and scientist. He was known for designing the alternating-current (AC) electric system. It is the predominant electrical system that is used around the globe today. He also created the “Tesla coil” that is used in radio technology nowadays.

Telsa was born in modern-day Croatia and came to the United States in 1884. He briefly worked with Thomas Edison, and then the duo parted ways. Including his AC machinery patent rights, he sold several patent rights to George Westinghouse.

Nikola Tesla Birthday was on July 10, 1856. He was born in Smiljan, Croatia. Tesla was one of five children, including siblings Angelina, Milka, Dane, and Marica. His interest in electrical invention was spurred by his mother, Djuka Mandic. While her son was growing up, she invented small household appliances in her spare time. Tesla’s father, Milutin Tesla, was a Serbian orthodox priest and a writer. He pushed for his son to join the priesthood. However, Nikola’s interests lay squarely in the sciences.

After studying at the Realschule, Karlstadt in Germany; the University of Prague during the 1870s; and the Polytechnic Institute in Graz, Austria, Tesla moved to Budapest. There, he worked at the Central Telephone Exchange for some time. It was in Budapest when the idea for the induction motor first came to Tesla. However, at age 28, Tesla decided to leave Europe for America after several years of trying to gain interest in his invention.

Tesla discovered, designed, and developed ideas for a number of important inventions throughout his career. Most of which were officially patented by other inventors. He was also a pioneer in the discovery of radar technology, remote control and the rotating magnetic field, and X-ray technology. This was the basis of most AC machinery. Tesla is quite famous for his work in AC electricity and for the Tesla coil.

Tesla invented the alternating-current (AC) electrical system. It quickly becomes the preeminent power system of the 20th century. Tesla found funding for his new Tesla Electric Company in 1887 and he had successfully filed several patents for AC-based inventions by the end of the year. Tesla’s AC system soon caught the attention of George Westinghouse, an American engineer, and businessman, who was looking for a solution to supplying the nation with long-distance power.

George got convinced that Tesla’s inventions would help him achieve this, So, he purchased his patents for $60,000 in cash and stock in 1888. Tesla and Westinghouse were put in direct competition with Thomas Edison as interest in an AC system grew. Edison, at that time, was intent on selling his direct-current (DC) system to the nation. In an attempt to undermine interest in AC power, a negative press campaign was soon waged by Edison.

Unfortunately for Edison, at the 1893 World’s Columbian Exposition in Chicago, the Westinghouse Corporation was chosen to supply the lighting, and Tesla conducted demonstrations of his AC system there.

Tesla designed what was among the first AC hydroelectric power plants in 1895 in the United States at Niagara Falls. It was used to power the city of Buffalo, New York the following year. A feat that was highly publicized throughout the world. Further, it helped AC electricity’s path to becoming the world’s power system.

Tesla patented the Tesla coil in the late 19th century which laid the foundation for wireless technologies. It is still used in radio technology today. The Tesla coil, the heart of an electrical circuit, is an inductor used in many early radio transmission antennas. To resonate current and voltage from a power source across the circuit, the coil works with a capacitor. Tesla himself used his coil to study fluorescence, radio, wireless power, x-rays, and electromagnetism in the earth and its atmosphere.

Tesla never really cared about money. He just wanted to provide free electricity to the world. He was never the marrying type either because he thought that being in a relationship would interfere with his work. However, he had a very special relationship with his pigeons. Tesla showed us that everything is possible when you try hard enough. Here are a few of Nikola Tesla’s quotes to discover the genius within and being the creator of your dreams.

“If you want to find the secrets of the universe, think in terms of energy, frequency, and vibration.”

“What one man calls God, another calls the laws of physics.”

“The present is theirs; the future, for which I really worked, is mine.”

“If you only knew the magnificence of the 3, 6, and 9, then you would have the key to the universe.”

“The scientists of today think deeply instead of clearly. One must be sane to think clearly, but one can think deeply and be quite insane.”

“If your hate could be turned into electricity, it would light up the whole world.”

“My dear mother, I feel sad and dreary when I think of you. I wish I could be beside you now mother, to bring you a glass of water, All these years that I had spent in the service of mankind brought me nothing but insults and humiliation. – Nikola Tesla’s last letter to his mother.”

Several movies have highlighted Tesla’s life and famous works. Some of the movies are listed below. Take a look at Nikola Tesla’s movies:

1. The Prestige: It is a 2006 fictional film about two magicians with rock star David Bowie portraying Tesla. This film was directed by Christopher Nolan

2. Nikola Tesla, The Genius Who Lit the World: It is a 1994 documentary produced by the Nikola Tesla Museum and the Tesla Memorial Society in Belgrade, Serbia

3. The Secret of Nikola Tesla: It is a 1980 biographical film starring Orson Welles as J. P. Morgan

Tesla died at the age of 86 in New York City, where he had lived for nearly 60 years. He died because of coronary thrombosis on January 7, 1943. However, what lives on to this day is the legacy of the work Tesla left behind him. A street sign identifying “Nikola Tesla Corner” was installed in 1994 near the site of his former New York City laboratory. It’s the intersection of 40th Street and 6th Avenue.