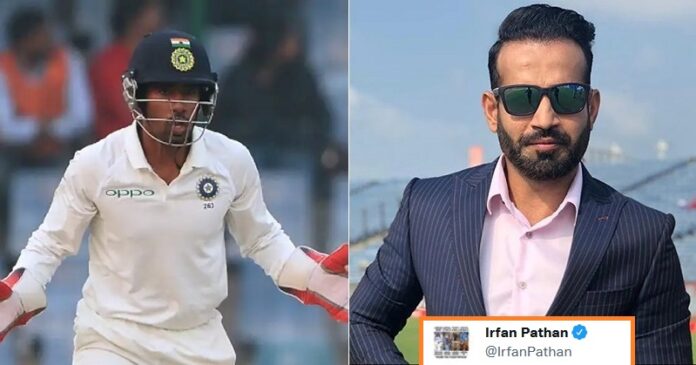 Wriddhiman Saha’s revelation about his classified conversation with Rahul Dravid has been a topic of controversy. Saha was dropped from the impending test series against Sri Lanka by the selection committee recently. He revealed that the head coach Dravid told him to consider retirement as he was aware that the management won’t consider him for the upcoming matches.

The ace wicketkeeper was disappointed by the decision, he told the media persons from TOI on Saturday,

“Yes, the team management told me that I would not be considered henceforth. I could not tell this so long as I was part of the India team setup. Even coach Rahul Dravid suggested that I think about taking retirement.”

This statement exposed the private conversation between the two.

Saha also said that Sourav Ganguly, the BCCI president had assured him that he won’t have to worry about anything as long as he is under the board. He said Saurav also congratulated him over WhatsApp after his brilliant performance against New Zealand last December.

“When I hit an unbeaten 61 taking a pain-killer in the first Test against New Zealand in Kanpur last November, Dadi (as Sourav was referred to by Bengal players) congratulated me over Whatsapp. He even mentioned that I should not worry about anything so long as he is at the helm of the BCCI. Such a message from the board president really boosted my confidence. But I failed to understand why everything changed so fast.”

Meanwhile, just a few hours after Wriddhiman’s conversation, Irfan Pathan, the former Indian cricketer took to Twitter to share his opinion on the matter and backed the Indian coach. He also asked for the opinion of the netizens on the same. Irfan wrote:

“An honest coach Or someone just gives hope even after knowing that a player doesn’t fit in the scheme of things? Your opinion????? For me an honest coach ALWAYS!”

An honest coach Or someone just gives hope even after knowing that a player doesn’t fit in the scheme of things? Your opinion????? For me an honest coach ALWAYS!

The Indian selection committee dropped many senior players from the squad and made some big alterations to the Test squad for the series against Sri Lanka. The committee dropped Ishant Sharma, Cheteshwar Pujara, former vice-captain, Ajinkya Rahane, and Wriddhiman Saha.

Saha also opted out of the Ranji Trophy 2022 and will play in the Indian Premier League 2022 for the Gujarat Titans.