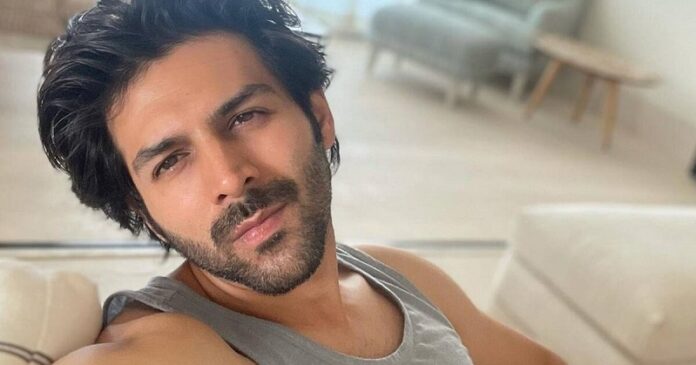 Bollywood actor Kartik Aaryan is all worked up for the release of his much-anticipated movie Bhool Bhulaiyaa 2. The actor is promoting the upcoming movie with undivided attention.

The actor recently took to Instagram and shared a video as he sat in the economy class of an Indigo aircraft on his way to Chandigarh. In the clip, Kartik is seen sitting next to a woman and checking his schedule on his phone. When he was asked by a fan why he didn’t travel by business class on his flight. Kartik’s witty response is winning hearts on social media. His written schedule in Chandigarh, Delhi, and Lucknow could be seen in the clip. Next, Kartik was seen getting ready and walking toward the airport to board his Chandigarh flight. After boarding, Kartik was seen conversing with the passengers, and having cup noodles as he wrote ”Sunday brunch on the clip”. He was also heard saying, “Bhool Bhulaiyaa 2 promotions Day 7” in the video.

As the video progressed, Kartik was seen interacting with the Chandigarh crowd as he stood on a stage. He was saying, “Surprise hai aapke liye. Hum pehli baar title track yahan pe bajane chalane wale hain (There’s a surprise for you. We are going to play the title track here for the first time).” The actor was also seen dancing to the Bhool Bhulaiyya song with the people present at the event.

He questioned the crowd, “Hit hogi? Superhit hogi? Blockbuster hogi (Will it be a hit, superhit, blockbuster)?” He was also busy clicking a selfie with his fans. At the end of the video, the actor was heard saying, “I love you Chandigarh.”

“Why Kartik Aaryan not travelled in business class?”

The post was flooded with comments in no time. An Instagram user also commented, “All celebrities should think like u not to do show off n all. Great feeling like u r more like us. Down to earth.” “Because Kartik Aryan doesn’t believe in showoff … that’s why he easily connects with all of us,” another fan wrote, “Always down to earth.”

Kartik is currently busy promoting his upcoming film Bhool Bhulaiyaa 2 and is travelling across cities. The film also features Kiara Advani as a lead and Tabu. Directed by Anees Bazmee, the film is the sequel of the popular 2007 horror-comedy and box office hit, Bhool Bhulaiyaa, which featured Akshay Kumar and Vidya Balan in the lead roles. Rajpal Yadav, who starred in the original film, will also be seen in the new version.