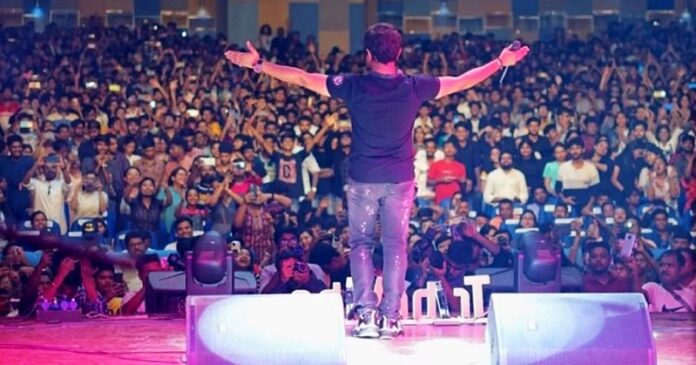 The untimely and sudden death of singer KK, Krishnakumar Kunnath has shocked the entire music fraternity in Bollywood. The 53-year-old musician was performing in at Nazrul Mancha, Kolkata at a college fest when he fell sick and reportedly collapsed in his hotel room. When he was brought to the CMRI hospital he was declared dead.

The iconic singer made his singing debut with the song ‘Pal’ in 1999. Ironically the same song became his last. KK sang some of the biggest hits of Bollywood such as Aankhon Mein Teri, Tadap Tadap, Labon Ko, Dil Ibaadat, Zara sa, O Meri Jaan, ‘Sach Keh Raha Hai Deewana’ and many more.

Some of his superhit songs were school and college anthems for the 90s kids and are still heard and performed at farewells. The events seem incomplete without them like, ”Pyaar Ke Pal’, and ‘Yaaron‘. The songs in his melodious voice are enough can make you nostalgic and emotional.

KK Instagram page has been sharing updates from his Kolkata concert where he last performed. Now, the video of his last performance has been doing the rounds on social media and is making netizens emotional.

The late singer had also posted pictures of himself performing at his concert in Kolkata. He had captioned the post, “Pulsating gig tonight at Nazrul Mancha. Vivekananda College !! Love you all”

In the video that went viral, KK modified the lyrics of his famous song Pal for his Kolkata audience as he sang,

Watch the last performance and parting gift of KK:

This was #KK’s last performance! 💔
This song will live on forever! #RIPKK pic.twitter.com/0NJ72ryelA

PM Narendra Modi and several other actors, singers, and politicians were shocked at the news of his death and shared their condolences:

Saddened by the untimely demise of noted singer Krishnakumar Kunnath popularly known as KK. His songs reflected a wide range of emotions as struck a chord with people of all age groups. We will always remember him through his songs. Condolences to his family and fans. Om Shanti.

Shocked and saddened by KK’s untimely demise! One of our finest singers… Heartfelt condolences to his family and loved ones. May his soul rest in peace 🙏🙏

Extremely sad and shocked to know of the sad demise of KK. What a loss! Om Shanti 🙏🏻

KK started his singing career with advertisement jingles and made his film debut with an A.R. Rahman soundtrack. The late singer has recorded songs in multiple languages including Hindi. Telegu, Tamil, Malayalam, Bengali, etc.