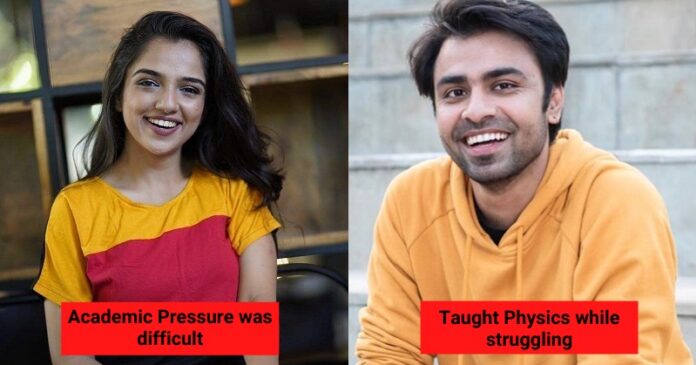 The Kota Factory web series story returns with the young’s goals and dreams, leaving them with a hollow space where those hopes and ambitions dwelt. The kids’ thoughts and the psyches of their results-driven parents explored in both seasons of ‘Kota Factory.’ The famous series returns for another season, Kota Factory season 2. Giving viewers a glimpse into the lives of students in Kota, Rajasthan. It is a major coaching center for competitive examination preparations with a record number of engineering and medical tutoring facilities.

The National Crime Records Bureau documented 45 student suicide cases in Kota. And, the numbers have continued to climb every year. Students continue to flock to the site in search of the best education. But, they are also stressed and under pressure to pass their targeted competitive exam by buckling under the strain. The Kota Factory 2 shows all such scenarios this time.

Here’s the Kota Factory cast & their real-life struggles we don’t know about:

Our Jeetu Bhaiya comes from the IIT background. It’s quite surprising but it is true. The most beautiful Kota Factory dialogues, delivered by this man. He was undecided about what he wanted to do while at IIT. Jeetu was an exceptional physicist. In the beginning, he tutored other people. He began performing in professional plays while at IIT. Although he never imagined pursuing this as a career. He grew to appreciate this storytelling and filmmaking medium.

He met folks who shared his enthusiasm for this field. As a result, he chose to visit Mumbai. As he stated in an interview, he made an impassioned and over-zealous call. He was fortunate in that he was able to begin working as soon as he arrived in Mumbai. On the day he arrived in Mumbai, he shot his first video. It was a stroke of luck. The stardom of Jeetu Bhaiya came in Kota Factory season 1. It is the most loved Kota Factory cast name.

Her journey to stardom began at a young age, and she has been performing since she was five years old. As a child performer, she appeared in Hindi films. Like Vaastu Shastra, Kabhi Alvida Naa Kehna, My Friend Ganesha, Phoonk, and others. As a teenager, she appeared in series like Devon Ke Dev…Mahadev, Oye Jassie, and MTV Fanaah.

During her career, she has established a name for herself and has worked on a lot of films. Her route to success got paved with hard work and determination. Being in the profession at such a young age does have its drawbacks. The academic pressures were difficult for Ahsaas. Due to a hectic schedule, the young sensation had some terrible days in school. This Kota Factory actress did a flawless job in the series.

Mayur began acting while studying mass media in his first year of college. At the time, he began his acting career as a stage performer. After appearing in many theatre performances. Mayur developed a keen interest in the art of storytelling. He later dropped out of college due to the difficulty of managing his theatre work with academic education. However, his passion for storytelling deepened.

He became conscientious about his performance in each play or film. He made the decision to focus his efforts on projects that were meaningful to him. Mayur More has revealed in various interviews that he used to sell sim cards in Mumbai to hire any well-known film directors. The relatable Kota Factory dialogues, delivered by him. This is one of the reasons Mayur got famous among the audience.

Ranjan Raj is an Indian actor who has been in a few web series and minor roles in a few films. He is from a small district in Bihar. Ranjan rose to recognition after starring in the series as Balamukund Meena. Ranjan enrolled at a coaching center in Patna to prepare for JEE after school on the advice of two of his mentors. Despite the fact that his parents had no idea what he was studying for, he managed to stay focused. He cracked JEE and got accepted into IIT Bombay after two years of tough study and suffering. Ranjan was aware that he might be cast in the future web series.

To set himself apart from the mass of struggling actors, he submitted a short film for a competition to TVF. He earned the confidence to work even harder in the future to achieve his long-term aim. As a result, in 2014, he starred in the short film Interval 3D. Then, he did a few more short films.

He attributes his success to his time at IIT, since it prepared him mentally to enter the world of acting. As a result, he dropped out of IIT, giving up a promising career to pursue his dream. Meena, the Kota Factory cast name, tells a lot about Ranjan. The overnight fan craze he got says all about his hard work.

Revathi Pillai is an Indian television actress. She is well-known for her work on the TVF. Vartika Ratawal is her stage name in Kota Factory season 1 and continued. In 2018, she made her acting debut in the Indian online series “Yeh Meri Family,” where she played Vidhya M. Ranganath. However, Pillai had no intention of becoming an actor preferring instead to pursue a career as an automobile engineer.

Despite the fact that Revathi had no interest in acting, her brother encouraged her to pursue it. For this, he also took her to tryouts for several programs, but Revathi went crying. At the outset of her career, Revathi was an introvert. The Kota Factory actress struggled a lot in her initial days. But, now all the love and success she’s getting is worth it.

Following a successful first season on YouTube, the Kota Factory IMDb is 9.2. Now, it has released the Kota Factory season 2. Following the second season, Kota Factory IMDb is still the same. Vaibhav, a 17-year-old who strives to excel in his academics. He believes that this is the most crucial moment of his life. He is the protagonist of the drama, which is set in the student town of Kota. His friends Uday, Meena, and Shivangi are at his side as his first girlfriend Vartika.

Also, Jeetu Bhaiya is his mentor and guiding light during this time. The Kota Factory 2 will make you glued to your seats. Director Raghav Subbu places you in the heart of Kota as soon as the show begins. It’s as if you can smell the city and feel the heat. The Kota Factory web series is the most loved among the young youth.