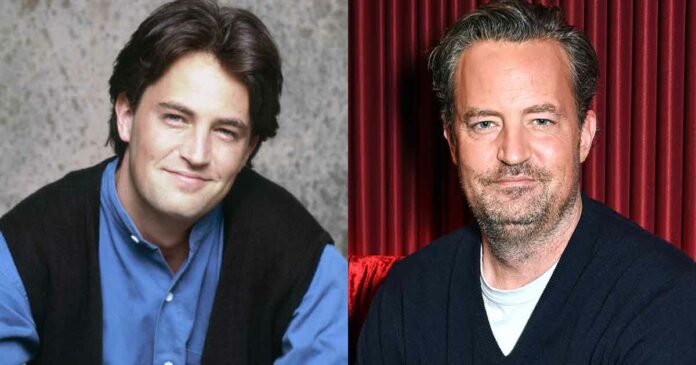 Matthew Perry was an actor before and after NBC’s iconic sitcom FRIENDS, but this show became the turning point in his career. Even though Chandler Bing is not the only character he has ever played, most fans will only see him as Chandler Bing.

It has been more than a decade since the show ended, but still, his fans light up at the recognition of him, catapulting his status from little-known actor to international TV star. It is not a big problem to have. However, there is a couple of reasons that the 50-year-old Canadian-American actor, sometimes wishes that FRIENDS would never have happened.

FRIENDS Brought Matthew Perry Aka Chandler Bing To The Limelight

Matthew moved from Canada to California to pursue his acting career when he was 15-years-old. He acted a few small parts before landing the opportunity of a lifetime as FRIENDS in 1994. Before FRIENDS, he didn’t have much recognition in Hollywood.

The show was about six characters who were 20-something, living in New York City and this became a Cultural phenomenon. Matthew even got nominated for Emmy awards in 2002 for his outstanding Character in the show. You would think that Matthew will be exhilarated by the success FRIENDS brought him, but rather he was cautious about the effect the show had in his life.

All the six characters of the show got along on set. However, things weren’t that great behind the scenes. Matthew was dependent on a few things. He was unable to leave behind bo0ze, while medicines for pain made things complicated even while filming the show. His co-workers were worried about him.

In an interview with People Matthew said, “I was on FRIENDS from age 24 to 34. From an outsider’s perspective, it would seem like I had it all. It was actually a very lonely time for me because I was suffering from insobriety. It was going on before FRIENDS, but it’s a progressive disease.” He also added, “After being prescribed p@in kil|ers, I felt better than I have ever felt in my entire life. I had a big problem with such things, and I couldn’t stop.”

In one interview, Matthew confessed that he can’t remember the three seasons of the show because he was never in senses. His involvement in such things was never the show’s fault, but he will always associate those dark days with being on FRIENDS.

He can’t ride past the heritage of iconic character, Chandler Bing

Matthew had one of the worst times trying to stay significant in Hollywood. Most FRIENDS cast members will be willing to do anything to have that kind of crazy success but Matthew was finding it difficult to get over with Chandler Bing. After several failed projects, he seemed to accept that he would always be remembered as Chandler Bing and that is his biggest achievement.

Directors refused to cast him as they only see him as Chandler Bing. Also, some people couldn’t get over the fact of how Matthew looks now. Either way, he was not able to find any relevant work, post FRIENDS.

During one interview with Variety, he said, “I have this recurring nightmare. I am not kidding about it. When I am asleep, I have this nightmare that we do FRIENDS again and nobody cares. We do a whole series, we come back, and nobody cares about it. So if anybody asks me, I am gonna say NO.” He added, “The thing is, it ended on such a high. We can’t beat it. Why would we go and do it again?”

You might think that someone like Matthew would want to recapture some of the original fame by joining a reboot of FRIENDS. But for Matthew the reality was different. But now luckily, Matthew is the one who announced the rescheduled Reunion of FRIENDS. And don’t you worry because he mentioned it especially that he is going to have a busy time creating the show for us.