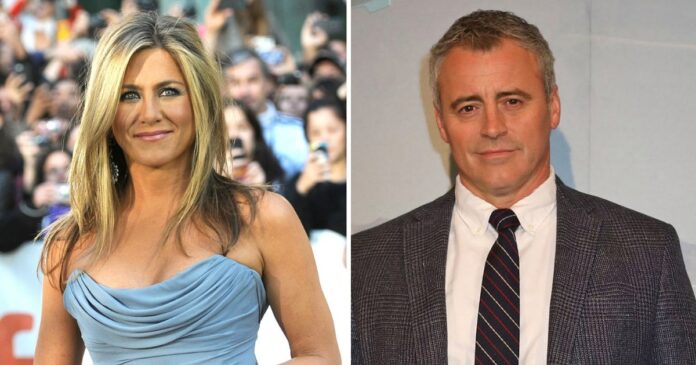 FRIENDS is a TV Show started in the year 1994 but is still one of the most popular web series in the world. The fan base is enormous, and so is their income. In 2018, as reported by USA Today, Friends brings in about $1 billion per year for Warner Bros., and the actors get their syndication income from it which accounts to nearly $20 million for each actor of the main Friends gang.

But have you ever felt the show is no more the best on TV, or it has elements that aren’t the best considering the many other TV series that exist today? The series has a huge fanbase no doubt but some people find the direction is outdated; others see the characters are cringy in it. Whatever be it, there have always been some negative comments which the fans tend to ignore, but we have brought forward the points to consider and pass judgement for yourself. We do not claim or believe these comments, but some of them are hard to argue with. Check them out for yourself and if you are a Friends fan, then see if you can tackle these points!

Here goes the list! Friends Fans can still choose to stay away if you get offended easily!

Joey Tribbiani, The Worst Human Being In The Group

Joey is a character usually loved for his cuteness and charm. He has proved to be a good friend at occasions, but a Quora user pointed out some pints to describe him as the worst human being to have existed.

Lorne Brown in Quora describes Joey as a dimwitted, selfish, hypocrite, greedy, misogynistic and cowardly. According to him, Joey is selfish because he left Chandler after getting a role in Days of Our Lives. Also, he accuses Joey to be a misogynist as he slept with women and never called them back and on top of that Joey always went on to accuse the other whenever he faced them the second time.

Treating Fat Monica As A Funny Element In The Show

Generally, on the internet, people speak against body shaming and fat-shaming. But, Friends at some point has tried to bring laughter out of people by fat-shaming young Monica. She was embarrassed so severely that she had to shed weight to be the perfect girl in the eyes of society.

So is it what the show wanted to convey? Overweight people need to change to be acceptable to the society we live in. It was almost like generating cheap laughter at the cost of overweight people in the world!

After Emma Was Born, Why Everyone Forgot About Ben?

After Emma’s birth, Ross and Rachel were so caught up with Emma that they hardly had time for Ross’ first child, Ben. A Reddit user pointed out, “I will say it’s weird that Ben isn’t at Emma’s first birthday party. I didn’t think he was at Monica and Chandler’s wedding, but I recently rewatched that episode, and he’s shown at the reception at the kid’s table. He just doesn’t have any lines.”

Moreover, can anyone remember a single scene where Ben and Emma are together? Don’t they deserve a scene as siblings?

Janice Was A Nice Person; Only Her Laughter Was Toxic

Sukrity Singh Tandon wrote, “I really like Janice. Yes her laugh was annoying but apart from that she was loving and caring and very very considerate. She wasn’t too clingy. She didn’t take things personally. And she was understanding. So ya, I love Janice. And I dislike people who jump on the “I hate Janice” bandwagon just for the heck of it.”

Well, everyone has their own liking. Do you feel for Janice too?

Chandler & Monica Were Selfish To Have Moved To The Suburbs

Friends series ended with Chandler and Monica moving out to the suburbs, and it was probably the worst part. We all know the show had to end some way, but doing it this way wasn’t so acceptable.

Chandler and Monica knew it well that no one from the group would appreciate their decision and that they would not be in touch after they moved out. But, they took the decision anyway showing their selfishness and sloppiness towards the group.

Ross is projected as a good guy in most occasions, but when it comes to his relationships, he is really crappy. His relationship with Rachel was the worst, they were romantic and so much into each other, but the fact that Ross was always insecure makes it too difficult for any relationship to last.

The day when Rachel got her new job and Ross came across Mark, there was little happiness on his face. Instead, he was more concerned with the new guy coming into her life. His jealousy was so intense that he quickly belittled the fact and happiness of the new job.

After his breakup and mostly Season 5 onwards, Ross started acting weird and seemed like a psychopath at some points. Else who would go crazy on a half-eaten sandwich? Also the day he found out about Rachel and Joey, was his reaction really acceptable? You know any sane person reacting so severely even if it’s his worst nightmare?

Rachel Was Too Selfish In Relationships

This statement may not be right at all instances, but she could be mean at times. In relationships, she always tried to keep control, and if she wants something, she will get it by all means.

Moreover, she used Mark to get back to Ross, ended up things abruptly with Tag, oh and barry! She left Barry at the altar, which is never a great thing to do! So considering all these points, we don’t think she seems like a perfect catch anymore.

Joey Should Have Got A Girl At The End

By the end of the show, we could see some hint of commitment from Joey’s end, whether be it for Charlie or Rachel. At least he was considering being into real relationships, so it would have been better to see him with someone, someone who could be his lobster.

Talking about lobster, does anyone feel Phoebe could have been the perfect match for Joey? She has been so much support to him always. She is the only one who could bear his dumbness and appreciate it at times. What are your thoughts?

Chandler May Be Funny But Not Trustworthy

Chandler was wrong to leave Monica at the wedding even though he panicked. It’s the decision of a lifetime, and no girl can bear to stand alone on the altar at her wedding. Incase if Ross and Phoebe wouldn’t have reached Chandler’s office then what would the consequences be?

Chandler wouldn’ t have come back on his own that day, he may have arrived but after the wedding day was over and how embarrassing the situation would be for Monica, can anyone imagine? We all have insecurities, but such stupid decisions are not acceptable; instead, it’s the time to stand up and be better than yesterday.

Show Setting And Awful Background Noises
Alan on Reddit(alan2094) pointed out that almost the whole series revolves and rotates around the coffee house and Monica’s Apartment. He also said, “Couldn’t they afford any other place other than that? Yes, they did go out sometimes, but it was like once in a season kind of thing.”

Alan also expressed that the background sounds inserted to create a humourous mood was forceful! He says, “Why was it included? Were the directors worried about people not laughing at their jokes? Or they knew that people might not get the puns if these noises aren’t there! Makes it sound so cliche. Humour should not be enforced; instead, it should be genuine.”