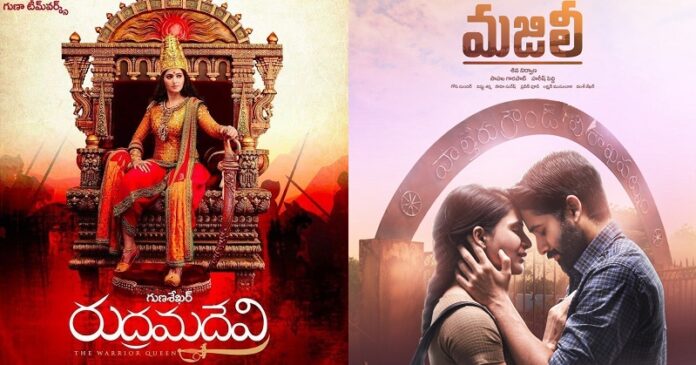 Nowadays, South Movies such as the Telugu movie industry is breaking all the records of Indian Cinema by giving blockbuster movies such as Bahubali. These movies are creating history in Indian cinema which is certainly not easy to break. They are creating a huge fan base through unique story concepts and amazing performances. And that is how Telugu Movies are penetrating the Hindi audience.

So, if you want to watch Telugu to Hindi dubbed movies, then continue reading and know about the movie and everything about them. Let’s get started.

“Premam” is one of the best Telugu dubbed movies in Hindi that one should surely watch. In this movie, a young man gets three opportunities to find love. If you want to see if the third time is the charm or not, then you must watch this movie.

“F2 – Fun and Frustration” is a comedy movie where Venky and Varun are two friends. Varun gets married after Venky, thinking he can keep the wife in control. However, both of them get frustrated with their marital life. As a result, it generates comedy for the audience.

In this romantic-action movie, Hari and Karthika fall in love with each other. However, when they find they are from different castes, they fall into problems. Ultimately, they decide to fight for their parents’ approval as well as their relationship.

“Tholi Prema” is a romantic movie that weathers time and emotions. This movie showcases that Aditya falls in love at first sight with Varsha. For 7 long years, they go through various ups and downs and that is what makes their love stronger.

In this movie, due to Vanishing Twin Syndrome, a twin brother of the protagonist is absorbed and controls his left hand. Interestingly, the twin brother that never existed protects him like a shield when his life is threatened. It is one of the best Telugu to Hindi dubbed movies

“Srinivasa Kalyanam ” is a family movie that is loved by the audience. This movie beautifully illustrates the sacred bond with another human through the sanctity of the institution of marriage and nuptial rituals. Featuring Nithiin and Raashi Khanna in the lead roles, it is a must-watch movie.

In the action movie “Agnyaathavaasi”, an exiled heir to a billionaire, returns after his father was murdered. However, he returns as a regular employee to find out the killers. Also, to make things right in his company. If you like good action, you should surely go for this movie.

Directed by A. Karunakaran, “Tej I love you” is a romantic movie where a young man, Tej gets banished from his family for breaking his sister’s marriage. After that, he moves to London. Interestingly, there he falls in love with a beautiful girl, Nandini.

“Fidaa” is a romantic comedy movie that is not only famous among South Indian fans but also among Hindi movie fans. In this movie, Varun and Bhanu meet each other in a marriage. Because they belong to two different worlds, they face challenges in their relationship.

In the movie “Srimanthudu”, a multi-millionaire man feels that there is something missing in his life besides the fact that he has everything. As a result, he adopts a village to fill the void and to bring change in the life of the people. This is one of the best movies by Mahesh Babu that you should watch.

“Vunnadi okate Zindagi” is one of the Telugu dubbed movies in Hindi. This drama movie is about the friendship between 2 friends and how their dynamic changes and how their friendship gets impacted when a new girl comes into their life.

“Hello Guru Prema Kosame” is a famous romantic comedy Telugu movie that is dubbed in Hindi. In this movie, you will see how a friendship develops between a happy-go-lucky youth and a girl after a rocky start. It is one of the best movies to watch if you love rom-com movies.

In the movie “Kavacham”, when false allegations are levied against a police officer from Vizag, he finds himself in a rut. Interestingly, he has just 24 hours to prove his innocence. It is a time-based action thriller that you would love to watch.

This historical epic depicts the life of a brave warrior princess, Rudramadevi. She rose to become one of the prominent rulers of the Kakatiya dynasty in the Deccan Plateau. Besides that, she is also one of the few ruling queens in Indian history.

In this movie, Hari is a DJ who is a playboy and proposes to many girls, but nobody accepts his proposal. Fortunately, he sees a beautiful girl Sailaja one day who seems to like him too. But, he did not dare to speak anything because of the fear of rejection.

“Jaya Janaki Nayaka” is a romantic movie where Gagan and Sweety fall in love. However, they are forced to break up because her father disapproves of him. One day, Gagan unknowingly saves Sweety while defending a family from thugs and vows to protect her.

The story of “Chal Mohan Ranga” revolves around a young man with dreams of making it big in the USA. However, he falls in love with an NRI woman residing there. When she breaks up with him because of unknown reasons, serendipity plays cupid. It is a romantic comedy movie that you will love to watch.

“iSmart Shankar” is one of the best action sci-fi Telugu movies that is dubbed in Hindi. The story of this depicts that a contract killer escapes after murdering a politician. Meanwhile, in order to find the murderer, he must help the cops after a slain officer’s memories are transferred to his brain. 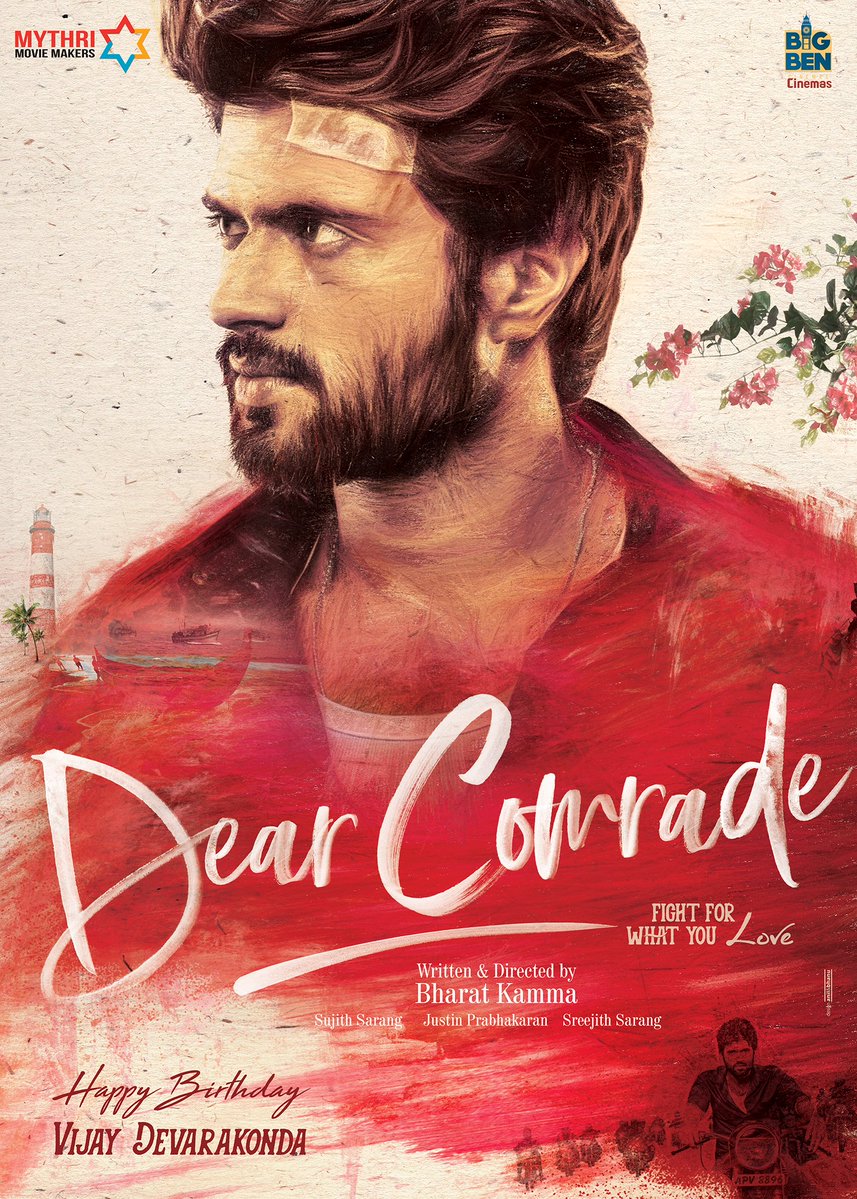 “Dear Comrade” is one of the famous Telugu movies that is dubbed in Hindi for Hindi cinema lovers. In this movie, a student union leader with anger issues, Bobby falls in love with a state-level cricketer, Lilly. However, in his path to being united with Lily, his temperament poses an obstacle.

In the movie “Jersey”, a talented but failed cricketer, Arjun decides to return to cricket in his late thirties. He is driven by the desire to represent the Indian cricket team. That is why to fulfill his son’s dream, he gifts him a jersey. With an 8.6 IMDb rating, it is one of the best Hindi dubbed movies to watch.

“Majili” is a romantic Telugu movie where Poorna takes to alcohol after being abandoned by his lover, Anshu. On the other hand, he is forced to marry his neighbor, Sravani. Later, he discovers Sravani’s unrequited love for him and falls for her.

The story of “DJ (Duvvada Jagannadham)” revolves around an encounter specialist who is trained by a high-profile cop masquerading as a Brahmin priest. However, after losing his uncle, he takes on a real estate crime organization. It is one of the best Telugu movies dubbed in Hindi that you must watch.

In this movie, a sharp-minded young man must evade the criminal mastermind after helping the police foil a violent heist whose plans he has thwarted. With Allu Arjun and Ileana D’Cruz in the lead roles, “Julayi” is one of the famous and must-watch Telegu movies that is dubbed in Hindi.

“Aagadu” is an action-comedy movie where an encounter specialist is transferred as CI to a village. Interestingly, that village is ruled by a local gangster. With its amazing twists and turns, this movie will keep you on the edge of your seat.

“Nenokkadine” is yet another famous movie by Mahesh Babu along with Kriti Sanon that you should surely watch. In this movie, to seek revenge for his parent’s death, a rock star must overcome his psychological inhibitions. With an 8.1 IMDb rating, it is one of the best Hindi dubbed Telugu movies.

“Sarainodu” is an intense action film where a battle breaks out between an ex-army man who can’t tolerate injustice and an evil son of a politician. If you are a lover of action movies, this is one of the best Telugu action movies that is dubbed in Hindi.

“Orange” is a romantic movie where Ram does not believe in everlasting love. However, this ideology does not go down well with Jaanu. Later, he tells about his former lover, Rooba to a police officer when he asks Ram about the reason. With Ram Charan in the lead role, it is one of the best Telugu movies to watch in Hindi.

In this movie, Sathyam and Chaitra decide to only lie to each other after meeting unexpectedly. Soon, after they fall in love with each other. Later, Sathyam encounters a criminal, Padmanabham who is on the run from the Indian police. “Lie” is an action romantic Telugu movie that you will love to watch in Hindi.

“A Aa” is a comedy Telugu movie where the daughter of a rich woman, Anasuya falls in love with Aanand. While trying to convince their families about their relationship, they face several obstacles. However, the twists and turns in the movie will only make you laugh.

IMDb rating of A Aa: 6.9
The genre of A Aa: Drama, Comedy
The cast of A Aa: Samantha Ruth Prabhu, Nithiin, Anupama Parameswaran
Watch A Aa on: ZEE5

In the movie “Ala Vaikunthapurramulo”, fate plays a vital role in connecting the life of Bantu and Raj. On one hand, Bhanu is a son who seeks validation from his cold-hearted father. And on the other hand, Raj is a son whose millionaire father wishes that he was more assertive. It is one of the famous Telugu movies that should watch in Hindi.