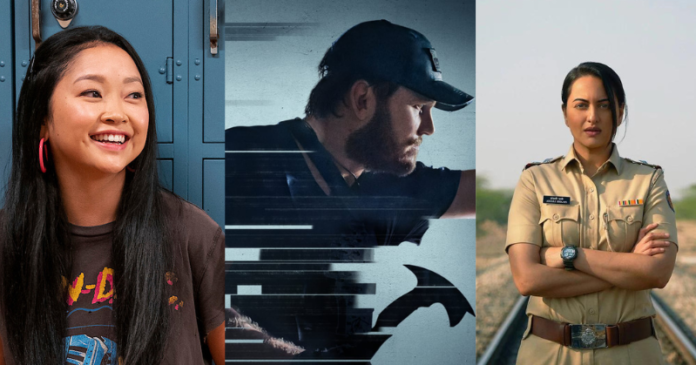 OTT platforms present us with a number of web series to binge-watch, which is the best thing about web series and TV shows. Recently there has been a surge in the number of new web series 2022 as they are a convenient alternative to movies and movie theatres. This year in 2022, there is a lot of new released web series that caught the audience’s attention. We have listed some of the most-anticipated latest Hindi web series, Hollywood, and foreign-language new web series to look forward to in the month of July.

Here is a list of the top 10 best upcoming web series in July 2022 that you shouldn’t miss:

This upcoming new web series follows a former Navy officer who is on a mission to combat certain unknown forces posing a threat to him and his loved ones. The series features Constance Wu, Chris Pratt, and Taylor Kitsch.

Who hasn’t watched the movies of this popular horror franchise? The series is based on a deadly outbreak of the T-virus that turns everything upside down, the world is under attack, and the series follows what happens after that.

The latest Hindi web series, CAT revolves around an innocent man who gets dragged into a conspiracy involving drug trafficking in Punjab and struggles to pull himself out of the mess. The actor who plays the protagonist is none other than the talented Randeep Hooda.

A local small town inspector carries out a revealing investigation of serial killing. The female inspector is played by Sonakshi Sinha. This Netflix web series Hindi will be available from 27 July. The series also features Gulshan Devaiah, Vijay Verma, and Sohum Shah.

It is a web series of the sci-fi comedy genre to be streamed from 15 July. Farzar is an animated series that is about saving the planet Farzar and the battle to maintain and restore sanity on the planet.

Recently the first volume of the much-awaited fourth season of this popular series was out on Netflix which received a positive response from the audience. The Vol.1 of the series ended with a question mark and now we can’t wait for the Stranger Things Season 4 – Vol. 2 to be out on July 1. We have high expectations from Vol. 2 of the web series 2022 Netflix.

Lana Condor stars in this supernatural comedy Netflix series where a high school teenager suddenly turns into a ghost with a social media strategy. This eight-episode series will start streaming on July 8.

This mini-series features Matthias Brandt, Wilson Gonzalez, and Rouven D Israel. The series starts streaming on Netflix on July 6. It is inspired by true stories from the world of finance.

The fourth season of this popular series is expected to be out next month in July. Based on the journey of a young nurse and midwife who shifts to California, the upcoming web series on Netflix is based on the novels by Robyn Carr.

Based on an 18th-century novel by Pierre Choderlos de Laclos, this series is an adaptation that follows a pair of ex-lovers who attempt to get back at each other. It starts streaming on 8 July.

We hope you found our list of the upcoming web series in July 2022 helpful. Let us know if we missed out on any series we should know about.