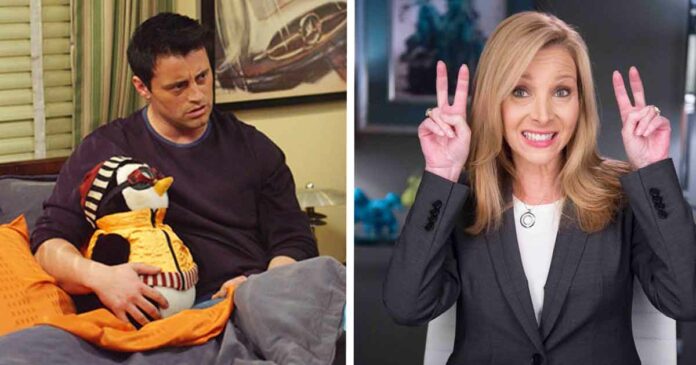 The show FRIENDS is fully packed with jokes. With every single episode featuring, it gets more and more hilarious. Whether it be physical humour, sarcastic comments, or quick one-liners, there is always something going on. The show is amazingly well written, that is why it allowed for long-running and was such a huge success.

There were also hidden jokes in the show to unfold throughout several episodes. Since writers knew that the fans were deeply engrossed in the characters, this allowed for a lot of these moments to take place. However, these types of inside jokes are what helped separate FRIENDS from other shows. Below is the list of such jokes. Let’s check out:

Can any fan answer the question? What is Chandler Bing’s job? This was a running joke throughout the series. It was briefly hinted at and explained, but the big joke pays-off during the episode “The One With The Embryos.” One of the questions was about Chandler’s job in the trivia game and Rachel didn’t have a clue. So, her best guess was Chandler is a “transponster”.

Hugsy is a character like everyone after it is revealed that Joey can’t sleep without cuddling his penguin. However, fans may have noticed that the penguin really appears in several episodes before he is brought up. It’s just a little hint for fans to let them know what is to come and a huge bit of detail put in by the show. The reason behind that most people just see it as a bit of the set and the penguin is there all this time, which makes it a great joke when it finally pays off.

Phoebe is forced to miss out on quite a lot of things when Phoebe is pregnant with the triplets. Being not part of the trip to London for Ross’s wedding was one of the biggest things she missed. Phoebe can’t travel, because of the fact she’s pregnant. Hence, the gang decides to throw her a surprise trip to make up for that loss.

This plan seems like it is a setup for a new episode, but Phoebe’s water breaks, just as they leave the door. It’s an exciting but hilarious moment, as she just wants the trip.

Fans enjoyed seeing all the sassy moments of Phoebe’s personality which shine through and her singing was one of them. Although her “Smelly Cat” song feels to be the big pay-off, this wasn’t really the case. People had to wait a little longer for that one.

Phoebe’s first sign of what would finally become “Smelly Cat” came during the moment when her father and she began to try to get to know each other. He recalled a song, “Sleepy Girl,” that he usually sings to put her to sleep. And, it happened to have the same beat as “Smelly Cat.”

The show always makes it seem like everyone gets along right away with everyone when they join the gang. This is something where the show did a great job. There are a lot of partners that come and go and with most of them, you don’t see how their relationship begins and develops.

This is shown to hilarious effect when Ross and Mike Hannigan, Phoebe’s boyfriend, have the chance to hang out at Ross’s apartment, just the two of them. The killing awkwardness at this moment is what makes the pay-off worthwhile and is incredibly funny. It almost seems like a “behind the scenes” moment and made Mike a regular part of the group.

“Could I Be Wearing any Any More Clothes?”

The big moment for many first-time viewers where Joey puts on all the clothes of Chandler, which is hilarious. It is simply because of the visual aspect that seeing Joey wearing all those clothes and doing lunges. However, this moment is really a nod to the long-running joke regarding how Chandler speaks. He asks tons of rhetorical, sarcastic questions and emphasizes certain words as a hilarious aspect of his personality.

During the early seasons of FRIENDS, the Rachel haircut became truly iconic. While the show never openly referenced the style, it’s something a lot of people began copying. And, “The One With The Lesbian Wedding” episode contained an inside joke about it.

Rachel’s mother complains to the group after she decides to live like Rachel that if she wants to be like her, she have to copy her hairstyle. It’s a hidden joke that took a few episodes of the show to get to, but it was certainly worthwhile.

Steve appeared to try Monica’s food in season one, in order to check if she was good enough to become his head chef. However, he ended up being crazy and high during the interview. It leads to a very hilarious moment.

Years later, Phoebe sets up Rachel on a blind date in season nine, which just so happens to be with Steve. He references his drug problem, saying that he lost his restaurant due to drugs. Resulting in the date is a disaster and also was a clear hint for any long-term fans. This joke did not just take a few episodes, but a few seasons to pay-off. 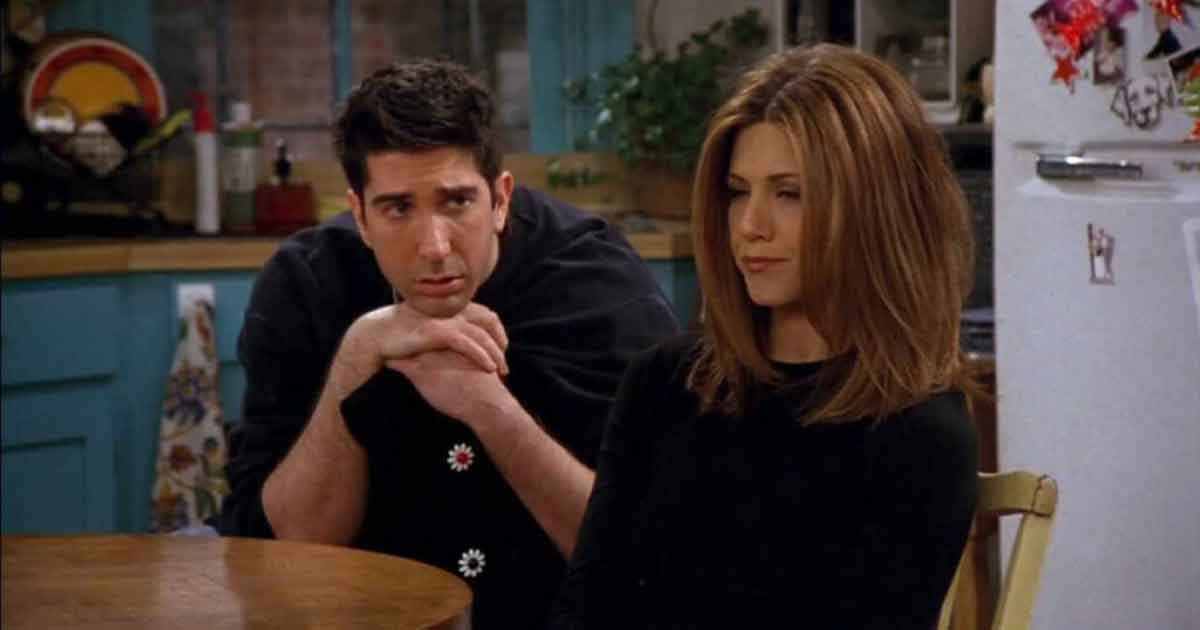 The “we were on a break” argument is a huge part of the show. It’s something about which spoken about a lot throughout the series. However, things calm down, after the initial moment and following episodes, that is until it comes to “The One With Ross’ Wedding, Part Two.”

Rachel begins ranting when she is on her way alone and starts telling the classic Rachel and Ross story to her neighbouring passenger. And the neighbouring passenger was none other than Hugh Laurie. It all ends with him stating that it seems like they were actually on a break, which is hilarious.

The word “phalange” might not mean anything to normal people, but for FRIENDS fans, it is huge. Throughout the series, Phoebe mentions it a few times, often using it as a fake name when she wants or needs to pretend to be someone else.

When Phoebe and Ross desperately try to stop Rachel from going to Paris, Phoebe pretends that the “phalange” is a part of the plane. And forcing everyone off by saying there is something wrong with it. These are usually throwaway jokes, but then it all comes around in the final episode.