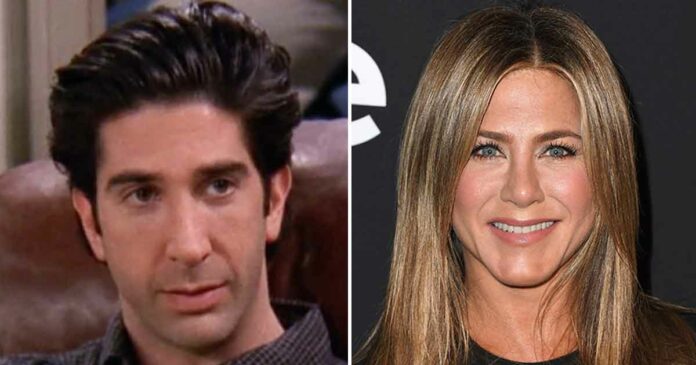 It’s been more than one and a half-decade since our favourite show FRIENDS ended. It is known as one of the best sitcoms of all time, simply because it is heartwarming, hilarious, and relatable. The show follows the lives of six different characters and their relationships with each other and others. FRIENDS not only made a huge place in the hearts of millions worldwide but also set an incredibly high standard for other sitcoms.

The popular sitcom FRIENDS continues to stay in their viewer’s hearts while making new fans today. With celebrations, struggles, success, and failures the group of six friends always paint an entertaining picture for their audiences. Although the show still makes its fans laugh and cry, few mean jokes in the show make the viewers nervous. Here is the list of 15 mean jokes that FRIENDS cast made: 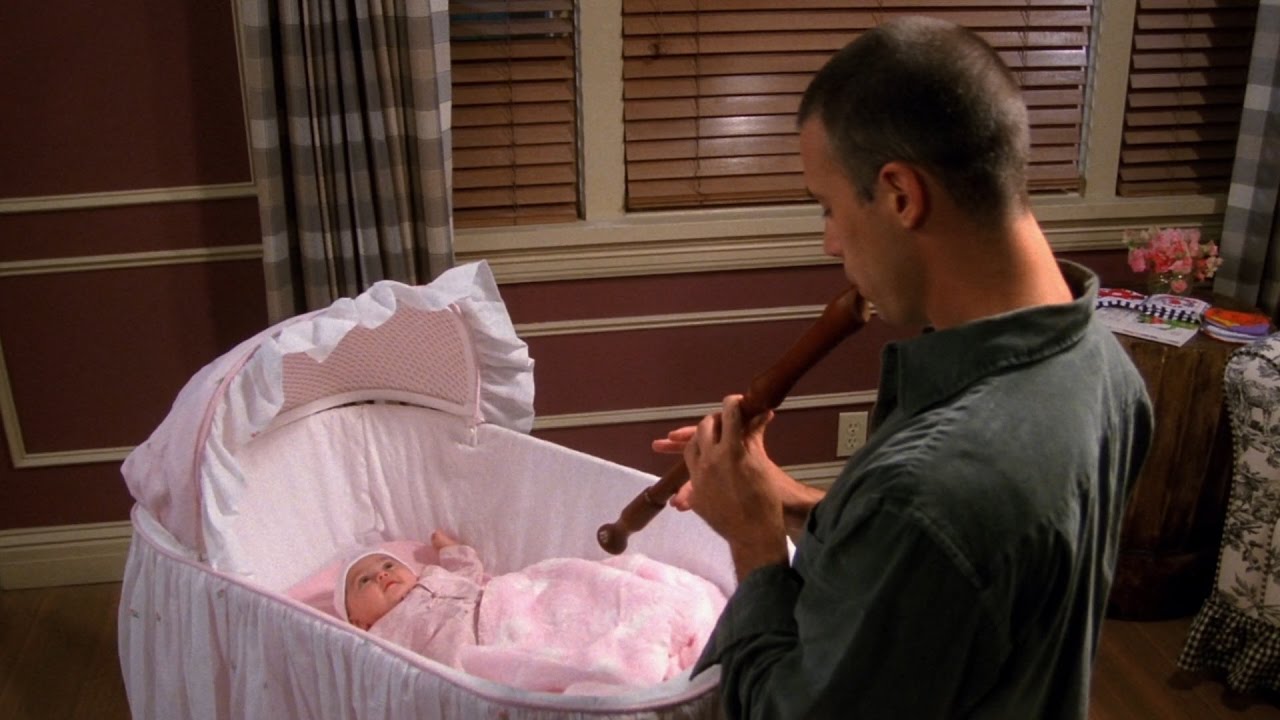 Watching Ross’s brain melt-down is so cringe-worthy over the idea of a straight man wanting to care for children. When Ross said that to Chandler and Joey, they called him “Manny”. It is quite mean of them to make fun of him like that.

2. When The Gang Fat-Shamed Monica 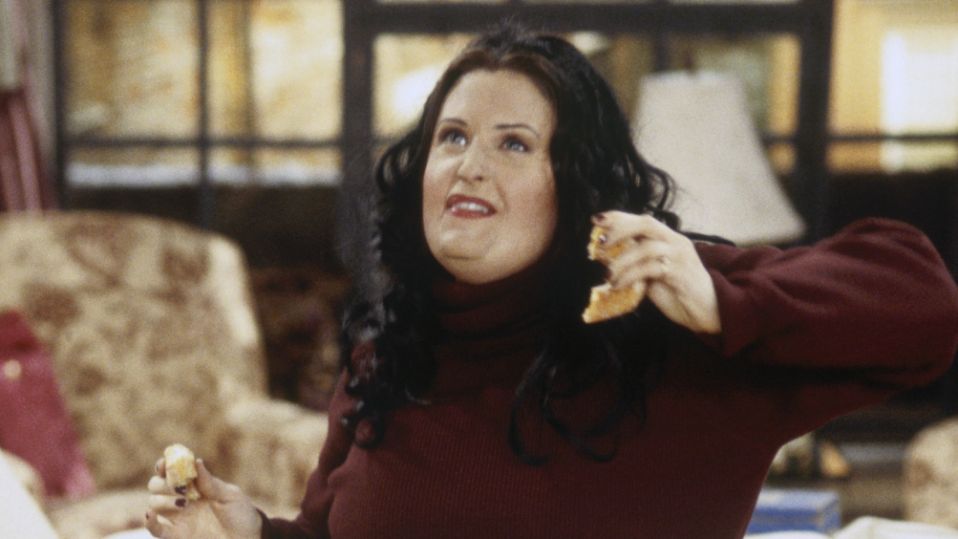 Body shaming is never acceptable. It is not a storyline that any modern-day sitcoms want to follow. The weight of Monica was the topic of the decision on several occasions. However, the first sight of former Monica makes it clear between what’s funny and what’s unethical. It is cringe-worthy to see the audience laughing from an old high school video when fat Monica is going to prom with Rachel. The real problem is Monica tries to brush off the rude comments of her friends.

3. When The Show Made Fun Of Chandler’s Transgender Parent

Is it even surprising? Charles Bing, Chandler’s father, faced numerous jokes about his gender identity back in the day. Many in the LGBTQ+ community feel infuriated to see that how people laughed at transgender jokes when they enjoyed the show. However, nowadays audiences react to this situation as causing discomfort and unethical for how easily the show bullied the entire idea of gender identity.

4. Ross’s Absurd Jealousy Over Rachel When She’s Working With Mark

The situation with Mark was pure psychotic. He was jealous and became completely possessive because of Mark. He interfered with her work more than once by sending her excessive gifts and shouted in her office. He went with the idea that a woman can only achieve success through her s-xuality which is quite mean.

5. When Ross Told Rachel He Could Imagine Her Nude

It doesn’t matter if they have dated once, it is wrong on all levels. This gives anxiety to modern-day audiences especially female ones when Ross tells his ex-girlfriend that he still has the power to see her naked without her consent. People back in the 90s might argue that it was just a joke and it does not matter, but nobody should take advantage of someone else like this. There are various moments in the show where guys would talk about naked women. It shows objectifying women which is not fair at all.

6. Objectification Of Women By Men

When Ross saw Rachel walking around the house naked, he instantly thought she was trying to entice him. However, she just wanted to be naked in her own home. There was no communication between them, but he saw it as a plea to have an intimate night because Ross is so entitled as a man.

We all love Joey but his roommate search got quite overboard. His advertisement said, “Female, non-smoker, non-ugly.” Also, his word association test was too s-xist. While searching, Joey immediately rejected those who weren’t as obsessed with bold topics as he was.

8. When The Truth About The “I Hate Rachel Green Club” Emerged

Apparently, Rachel was a bully in high school for which two young boys created a Rachel hate club. But it got too far when they spread the rumour of Rachel not being a girl and not even a boy. Yet again, the show poked fun at different bodies and partner preferences. This makes the modern audiences flinch and caused discomfort among them about the idea of what they did.

9. When Monica & Ross Realized They Kissed

Both Monica and Ross were shocked and disgusted by the revelation that they kissed. The gross moment is when both of them realized that this was also Monica’s first kiss ever was nasty and makes it cringe-worthy. However, there is still a grey area in the story. Ross revealed that he went to kiss Rachel on the forehead while she was unconscious. This started a question among question that if it is right.

10. When Joey Went Through Rachel’s Book

Even though it is adorable that Rachel had the feeling for Ross and she was jealous of his girlfriend, Bonnie, but it wasn’t cool to encourage her to go bald. It got too far on Rachel’s part. It is another anxiety-inducing moment on the show where it shows that a girl loses her physical beauty by losing all of her hair. Modern viewers now wonder why appearance should be given that much importance and laughing about the woman being bald is now thought of as negativity.

12. When Ross Wanted To Hookup With His Cousin

It might be funny back then in the 90s but in today’s world, it isn’t cool. This weird attraction makes audiences nowadays a little uncomfortable. Pulling a move on his cousin is not a very comfortable sight for anyone. To this, Ross’s excuse was hasn’t been physical for quite some time. Apparently, Ross couldn’t help himself and tried to make a move on Cassie, her cousin which is an ultimate horror. Not accusing Ross of being the worst guy of all times, but this was surely the moment of embarrassment. 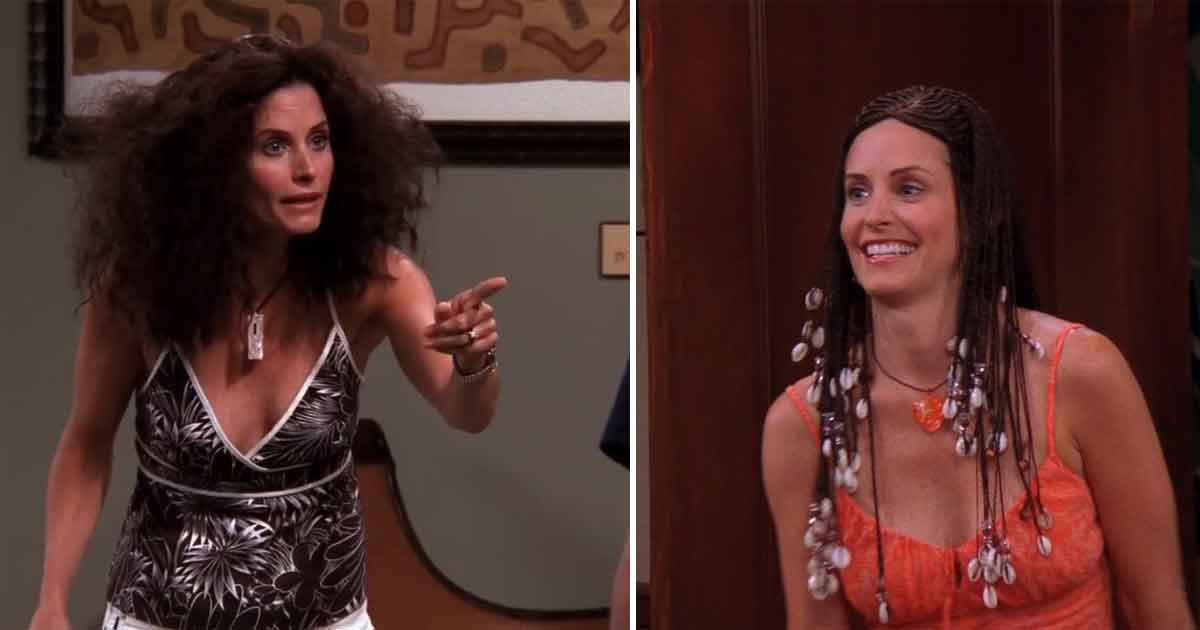 In Barbados, when Monica gets cornrows and braids, Chandler finds it so disgusting that he can’t even kiss her. It is a traditionally black hairstyle that he made fun of and finds disgusting.

14. Ross Being Annoyed At Ben For Playing With Girly Toys

15. The Anti-Gay Jokes And Comments

In this show, every time when one of the male characters gets emotional or just hangs out with a woman, the other men comments on his s-xuality. They always made a huge issue out of it and made fun of each other.