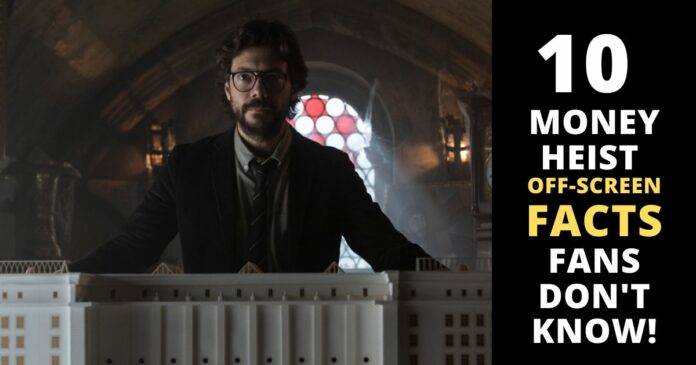 Money Heist is no more a series; it has proved to be a phenomenon, a resistance. It has created followers out of us and not mere viewers. People now believe The Professor and are waiting to see his next move in the upcoming Season. The Story extended and shown to us has always been fascinating; it never failed to mesmerise us.

But, do you know the stories behind the screen? That’s fascinating as well! So here we have brought to you 10 amazing facts about our favourite web-series: La Casa De Papel

These were 10 mind-blowing facts you didn’t know about Money Heist aka ‘La Casa De Papel’!

We are all waiting for the upcoming season, we don’t know what’s going to happen next, but we can be sure of one thing; things aren’t as planned as the first heist, so this time let’s expect some ugly turns! But don’t ever lose your faith on The Professor!