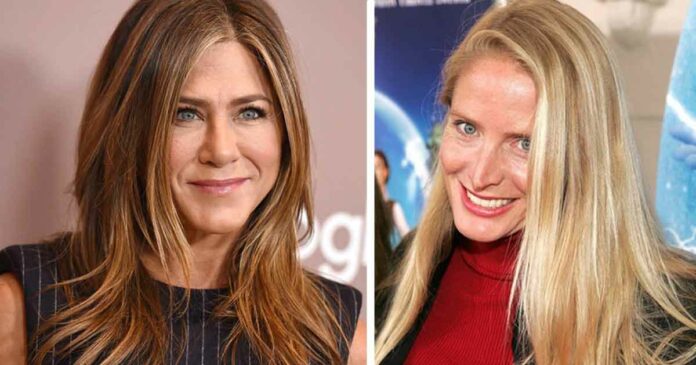 In 1994, FRIENDS was a groundbreaking show. We fell for the six friends and became involved in each of their lives. As we watched them make mistakes sitting on the edges of our seats and then their victory over it. Life is not an easy feat and these six friends showed us that time and again. There’s always something for everyone to relate to even in today’s world.

It won’t be wrong to accept that in many ways, FRIENDS was problematic. The rampant fat-shaming of Monica! The homophobia! The s-xist jokes! But in many ways, it was also way ahead of its time. The same gender Wedding, Different types of motherhood, and also parents of Chandler for instance!

There is no question as to how or why the show became as famous as it did. Its storyline was modern and relatable enough to be considered avant-garde. Here is the list of 10 times when FRIENDS proved it was ahead of its time. Scroll down to check it out: 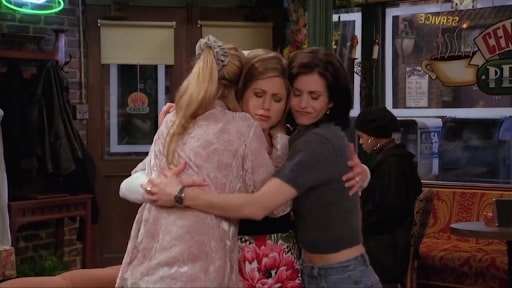 From cringe-worthy jokes to taboo topics, it was so refreshing to see each female cast member experiencing motherhood in a unique way. Phoebe was a surrogate mother to his brother, Rachel becomes a single mother, and Monica adopted a child. They did a fantastic job by showcasing the different ways of becoming a mother.

2. Ross’s Son Playing With A Barbie

Ross is disturbed to find his son carrying around a Barbie doll. He spends the entire episode trying to convince Ben to play with boy’s toys such as G.I. Joe or monster truck. After all the convincing, Ben finally switches to a G.I. Joe by the end of the episode. However, Monica pulls out a childhood memory of Ross where he used to dress up like a woman. This was definitely a step forward in progressive parenting back in 1996.

In Season 1, Ross has broken a code among friends by kissing Chandler’s mother, only to be caught by Joey. Chandler’s mother had also crossed the line by playing cougar to Ross, one of her son’s closest friends. This topic was not that prominent back in the 1990s as now. But the show dared to show it on TV. Fortunately, Ross and Chandler’s mother weren’t meant to be together.

Even today there’s a huge debate among fans to find out who was wrong and who was right. It was a scandal for Ross to move on so quickly after his break-up with Rachel back in the 1990s because things weren’t quite played so fast at that time. Maybe nowadays, the acceptance in society for such relationships has increased. So, this debate has existed ever since. Usually, the right and wrong in a relationship are decided by the couple themselves. However, in the case of Rachel and Ross, they established a new kind of code of conduct in their relationship. And we are still thinking about who was right.

We all have an identity crisis at one point or another. When Monica’s identity is stolen, she quickly realizes that the thief is living the life she always wanted to live. She desperately tries to change who she is and struggles with it. This is something most of us can relate to considering how tough times we all face daily. She showed us that it’s okay to have these moments. It is okay to come out of it and being true to yourself. Explore yourself and be proud of who you really are.

The time when Rachel had to gulp the big news of her parents considering divorce was huge and she struggles hard to make sense out of it. We have heard often about her parents fighting constantly so it was something inevitable. Even at Rachel’s birthday party, they had to split the party into two because Rachel’s parents could not stand each other anymore. As a result, Rachel had to keep going back and forth to attend to her parents. The situation of Rachel shows us an aspect of society that is often ignored. Even for adults, it’s difficult to keep up with splits. If a split is between parents then children have to behave as adults and parents become the children. It shows us that splits are never healthy so it’s better to choose the right partner in life.

It’s no secret that Chandler had a somewhat disturbing and unusual upbringing. His father became a woman and left behind a family life to enjoy life in Las Vegas where people would understand him better. And his mother was an independent and successful woman who also seemed something of a cougar who didn’t give much attention to her kid. They were trendsetters in their own way. Chandler has professed over and over again his issues with his backstory. But still, Chandler is more progressive because of his parents’ history. At the end of the day, it made him a more worldly individual. So the show has shown us how parenting has changed and also people need to be more accepting in this world because change is the only constant.

Carol, Ross’s first wife falling for another woman was one of the biggest storylines. She got married to Susan and raised Ben together. They taught Ben that love comes in all forms. Ross also has always maintained a healthy friendship with Carol and taught Ben the same. However, Ross and Susan consistently bicker about it but this was a progressive call on the part of the writers. In those times, such modern relationships were not taken well. It’s in recent times that legal status is given to such relations so taking this to TV was a really progressive move.

Rachel was in her late twenties when she left everything behind and started working as a waitress in the Central Perk. Her dream was to work closely in the fashion industry which she did achieve down the road. She started with a small fashion company and kept moving on until she got to Ralph Lauren. Her struggle is more relatable and real than ever before. It was a much-needed story in the show which still plays out as much. It teaches us that we have the potential to write our own story in this world.

10. Rachel’s Me Too Movement Moment

Rachel is interviewing for a job at Ralph Lauren in a Season 5 episode. She kisses her job interviewer mistakenly and everything goes out of control. Fortunately, she was called for the second interview which led her to believe that her interviewer thinks that she’d be willing to sleep with him to get the job. On top of it, she freaks out entirely due to ink on her lip and storms out of the office. However, she stands up for her rights, goes back, and apologizes. This shows that Rachel was ahead of the Me Too Movement. She gave women the inspiration to stand up with dignity if anything inappropriate ever occurs.