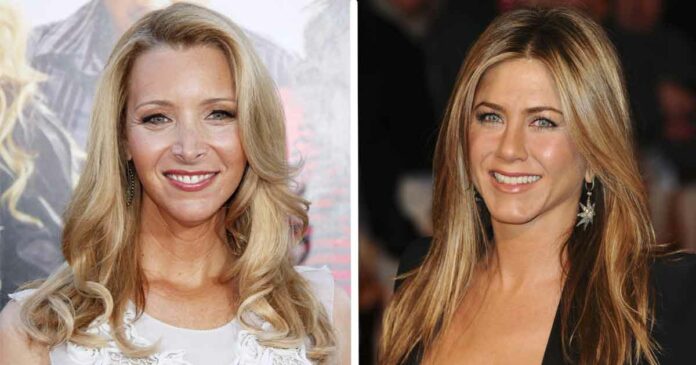 NBC’s hit sitcom from the ’90s, FRIENDS was one of the best shows of its time, and still, it is on the binge watch list of almost every fan. Their comedy, connection, bond, struggles are just inevitable. It is just the perfect show to watch anytime, anywhere and it will instantly put you in good mood. But the best part of the show is that it not only delights fans the world over but also engages in very interesting discussions online.

The internet has given rise to a number of theories. It is created by fans who have spent countless hours rewatching the series. Some of those theories feel so logical and real that they end up ruining the show for the viewers. Let’s check out some of those theories:

1. Friends Exist In The Same Universe As Home Alone

This vision came to light in 2016 and arrives through “22 Vision”. The view of the street from inside the house Monica and Chandler move to at the end of the series is the same view in “Home Alone” as the one from inside the McCallister residence. It was noticed in the episode “The One With Princess Consuela”. From across the street, you can even spot the blue garage of Murphy’s family.

This darkest fan theory came from Twitter user @strnks. According to the user, the final scene would be Phoebe standing outside the Central Perk and seeing Rachel, Monica, Ross, Joey, and Chandler. Of course, they have different names and personalities. And, they all refer to her as “the crazy staring lady”. Since Phoebe was homeless and has no friends, she created them from scratch. When this theory was told to co-creator Marta Kauffman, she said, “That’s the saddest thing I’ve ever heard.”

After season eight of the show, Ross’s son, Ben just disappeared. The reason for his disappearance is that Cole Sprouse aka Ben had just been cast in “The Suite Life Of Zack and Cody” alongside his twin brother Dylan. However, a user of Reddit, @smokingcage has another theory about this. According to the user, Ross lost custody of his son because of his fragile mental state and many missteps as a dad. Also, Ben was never mentioned in front of her half-sister, Emma. The weirdest thing is that it all seems logical and makes sense.

It is one of the most debatable questions of FRIENDS, that how the gang get to sit on that famous couch of Central Perk every time they went there. Well, according to a Reddit user, Theluckygal, the table was reserved for the gang by Gunther. As we all know Gunther’s crush on Rachel, so to keep a close eye on her, she did that. However, reserving a table for her and her friends, so that he could look at her all day, feels a lot creepy. This was further confirmed when a reserved sign was spotted on the table on having a close look. Now Gunther doesn’t look as great a lover as he looks, or does he?

5. Ross And Monica Were Actually Half Siblings

Judy, the mother of Ross and Monica has always given a tough time to Monica. She always criticizes her with harsh comments. However, there might be a dark secret that Judy was hiding from her and also the world. According to one fan’s theory, Monica was not the daughter of Jack Geller, but the result of Judy’s secret affair with another man. And the guilt that she has inside turned into a harsh temperament towards Monica.

6. Joey And Phoebe Were Secretly Banging

Throughout FRIENDS’ 10-season run, there have been speculations that Joey and Phoebe get together romantically. In the end, they both put the idea forward. They felt that the pair had enjoyed enough flirty moments to turn into a rather unique idea to the show’s writers. It was ultimately rejected because it would have looked weird, at least to some.

7. Phoebe Is On The Run From Adult Movie Barons

This theory came on in the episode “The One Where Chandler Can’t Cry”. In this episode, Phoebe came to know that her twin Ursula had already embarked on a career in adult films and was using her name as her own identity. Phoebe eventually gets her revenge by encashing the checks which were sent out in her name. Later, Phoebe and Rachel find themselves homeless because their apartment was blazed by fire. But what if, it was done by Ursula or her adult world associations after hearing about Phoebe stealing Ursula’s hard-earned pay?

8. Joey Is A Master Manipulator

We all are aware of Joey’s love for food. In the episode “The One With Ross’s Library Book”, it was revealed that Chandler made pancakes to help Joey dispose-off one-night stands. But Joey later decides to go for a rare second date with Erin. But in the end, they decide to break off and Rachel makes him pancakes as he was feeling blue. According to a Reddit user, Joey just wanted pancakes that is why he pretended to sleep with Erin and left her.

9. FRIENDS Is One Big Starbucks Advert

According to Radio and television presenter Alex Baker, the show is not much of a sitcom, but a clever way by Starbucks to brainwash people and make them spend time and money on all of their coffee-related products. If you have noticed, the Starbucks logo is also green as Central Perk. Also, it happens to be the surname of Rachel whose hair looks a lot like the lady in the Starbucks logo. Full of coincidences. isn’t it?

10. The Whole Show Was A Dream Rachel Had

Similarly, as suggested earlier that the whole story was in Phoebe’s dream, it could have also existed in Rachel’s dream too. According to the theories by a few fans, Rachel had an anxiety dream on the eve of her wedding to Barry. And, she created a fantasy story in her mind as an escape for herself where she could have five friends and live the life she wanted it to be. These were just some means to escape her wedding and empty life. However, when she returns back to reality, she marries Barry.

These are some interesting theories suggested by fans across the globe. These may not be factually correct or practically possible but anyways, they are fun to discuss and know about. Let us know if you too have a theory of your own, fill the comment section now!