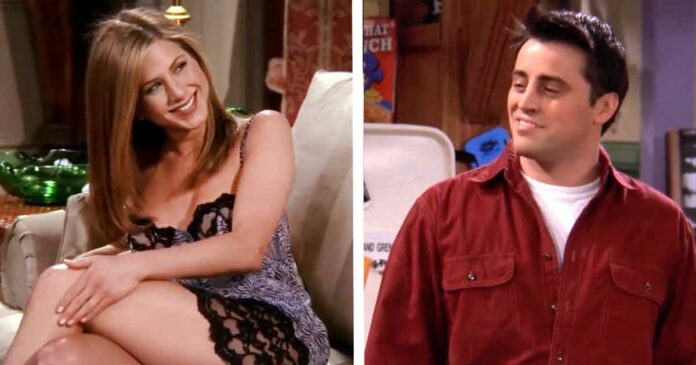 Friends series is one the most liked show in the world, and it never fails to entertain us always. NO matter how many times you watch the show, it always delights us. Whether we are frustrated from office work, or sad after a fight, or upset with life, just tune in to any random episode of Friends and things seem to change for that moment.

Fans are so obsessed with the show and might have watched the complete show a million times already. But still, there are a few things you might not have noticed or might have chosen to ignore while you were busy laughing. So let’s have a look at such details from the show.

Even though the show is so hugely successful, it was not the perfect show in terms of direction and scenes. The crew working in the show made a few mistakes while recording the scenes, and they are quite noticeable if you have a keen eye.

So let’s figure out all these details and take a new look at the TV series.

Estelle Was A Nurse While Susan Was Pregnant

Estelle was Joey’s Agent but turns out she had a different job before that. Look at the picture and you see Estelle as a nurse while Carol was delivering her child. Looks like she was too talented! Else how can a nurse be an Agent as well?

Two Phoebe In One Scene – Or She Knew Telepathy Too?

Paul the wine guy gives Phoebe a weird look after saying something, but somehow, Phoebe manages to move to the sofa faster than light. from friends_tv_show

Phoebe is wonderful but we didn’t know she was Wonderwoman too. In the clip, you can see Phoebe talking about her eyelashes and then again she is sitting and sipping coffee! Strange, right? Did she really have unimaginable powers! 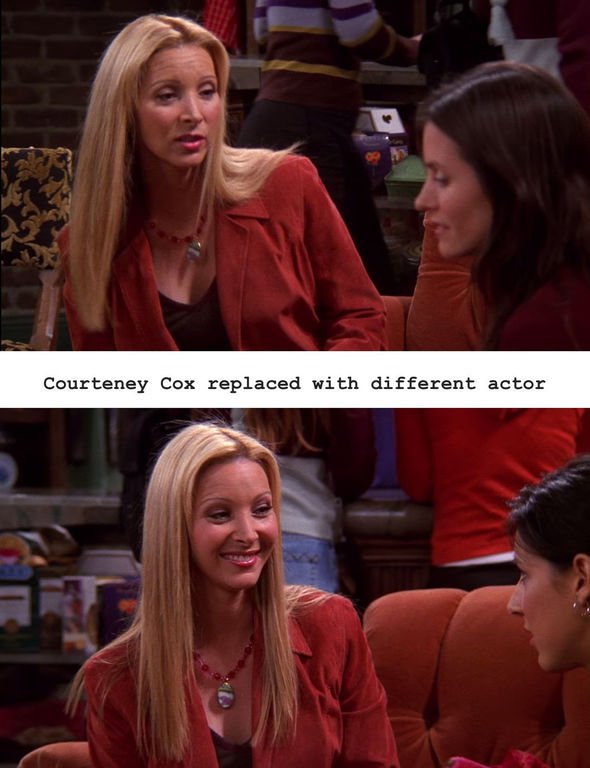 Friends crew used a body double in a scene to coverup Monica but it seems they could have done better. It looks like someone ate Monica and took her place. Though it was just for a second, now it looks odd once you have noticed it.

Ever Wondered How These 6 People Always Got The Couch In A Crowded Cafe?

Did you ever wonder how they managed to get the couch even though there was so much crowd in the cafe? Well, there was a reason, they always had it reserved for themselves. Looking closely, most of the time you will notice a small piece with reserved written on it.

So that’s how they always had the couch. But why will Gunther always keep it reserved for them? Well, you know the answer to this already. Gunther would do anything to keep Rachel around!

Is It Really Rachel’s Passport? Or Is She Faking?

In the finale of Friends when Rachel shows her passport at the airport, it seems she handed over the wrong one! The directors left out the small details thinking fans might not notice, but guess what we did! If a series is watched again and again for years, then you can hide nothing. Maybe the directors never anticipated the success of the show.

In case if you didn’t notice, in the first season of Friends Monica lived at Apartment 5 while afterward, she moves to Apartment 20. What can be an explanation for this?

Maybe, Monica moved upstairs and arranged her room the exact same way. She can do that very accurately if she wants to! Agree? Or perhaps the directors didn’t see the need for stairs in the first season thereby placing them in a ground floor apartment. But, later, when the need arose, they were shifted to the first floor.

Hole In Joey’s Apartment! But He Didn’t Seem To Care!

That’s a massive hole for even Joey to not notice! Of I forgot he is actually an expert when it comes to Butholes! Then why didn’t he care about it?

Actually, it’s a glitch which the crew working off-screen possibly overlooked. The series was originally filmed for TV which had a different screen ratio usually 4:3. But after it was aired on Netflix, we view this on different screen with varying screen ratios, thereby revealing the portions of the screen that was never visible on TV.

Everyone Added Arquette To Their Names

Many times we tend to skip the intro or credits while binge-watching the show. But the Friends team never failed to amaze during the credits as well. If you watch the intro in the first episode of Season 6 then you notice all the names had an added “Arquette” to them. Why?

We all remember the scene where Joey had to be the Butt Double and he was continually ruining it! But wait, why there’s one of Monica’s boxes in the scene? From where did she come into the scene? Was the crew so involved with Joey’s butt that they forgot about the box?

Or was it Monica’s father who left another childhood Box of Monica to be ruined again? How irresponsible is it, Mr. Geller!

Why display a potato in Central Perk? Maybe Gunther was out of cakes that day! Or was it someone from the backend crew playing tricks on screen? Whatever it be, the scene looks hilarious.

Have You Ever Chewed Your Coffee?

Try chewing your coffee someday, maybe it tastes a lot better that way. And all these days, we didn’t know how to have a perfect cup of coffee. Anyways, thanks to the background actor who taught us this great trick.

Every one of us has watched the scene, but probably we were mostly involved with Ross and his speech. But the Twitter man surely has an eagle eye!

Rachel Green Has A Double!

“The One With Rachel’s Date,” in this episode of Season 8 we might not have noticed that Rachel Green is a shapeshifter. Yes, recheck the episode, and you will see for yourself how she changed herself to be a different woman and again came back to her original form. After knowing this, now the Friends season seems spooky rather than comical!

Phoebe Met Her Brother Without Knowing!

Notably, Phoebe got to know about her brother in Season 2 Episode 21. But in Season 2 Episode 6, a guy accidentally drops a condom in Phoebe’s guitar case while she was performing on the sidewalk near Central Perk. The guy was none other than Ribisi or Frank Jr. as we know him on the show.

In his first appearance, he wasn’t actually intended to be Phoebe’s brother. Rather he was supposed to be an extra for the shot, but the producers liked him so much that they gave him the role of Phoebe’s brother.

Ross Was Never The Perfect Boyfriend

Think about it, would you ever spare your boyfriend if he doesn’t know the spelling of your name? No, right? But Ross somehow committed that mistake! Though he wrote it in the wedding invitation, he was sending it out, but still, it’s possible the same spelling was always in his mind even while he was with Rachel.
Seriously, man, even Gunther knows more than Ross it seems!

This point surfaced earlier while we were talking about a few Unpopular Views people have regarding the Friends TV Series. People don’t picture him as the perfect Boyfriend because of many reasons. Click here to read the article discussing some unpopular views about Friends TV Series. You will be shocked to know that not everyone likes this show and more frustrating is the fact that you can’t deny most of the points in there.

Monica Was Pregnant While They Were Adopting Kids

Do you see the bump Monica has? Well, she was pregnant in the last season of Friends. It was quite contrary to the plot they were playing as Monica and Chandler were adopting kids. The director couldn’t fit in her baby bump, so she had to wear baggy clothes throughout her pregnancy.

But, turns out we still could see the baby bump in a few scenes.