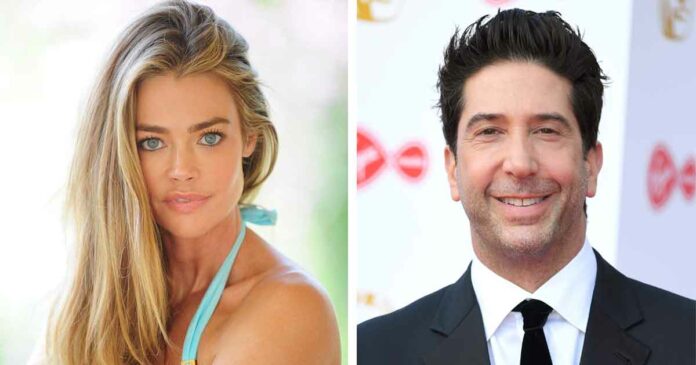 NBC’s long-running hit sitcom, FRIENDS is one of the most beloved and binge-able series of all time. It has been off-air from well, over two decades now but still, it never fails to entertain us. From Joey and Phoebe’s bizarre friendship to Ross and Rachel’s going on and off romance. It made us cry, smile, desire and laugh so hard that we thought we will burst. FRIENDS is an easy show to watch but also filled with numerous emotions in each episode.

FRIENDS Sitcom, a show loved by millions all over the world. Despite its popularity, we can’t say everything they did was correct. However, for fans, it’s unarguably the number one show in their streaming list. Yet, some scenes in FRIENDS don’t hold up as much as others. For better or worse, there are things in the show that is impossible to forget for all the wrong reasons.
So, now let’s start with misses:

In 2001, Ross and Monica’s cousin Cassie came to visit them. Initially, she stays with Monica and Chandler. The only problem there was that Chandler couldn’t stop staring at her. Cassie then stays with her cousin Ross across the street.

She assumed it should be safe. Well c’mon, they’re cousins! But then Ross develops romantic feelings for his cousin, Cassie. Things went out of control when he made a move on her. Cassie found Ross to be pretty disgusting at that moment, and so did the fans. It clearly shows Ross had a problem with self-control and his inner monologues were as gross as it gets. It would have been nice if he could control himself at least around his family!

Phoebe had some really awkward moment on the show, but the most insufferable was when she adopted little rat babies. She found them in her kitchen cabinet, and since their mother died in an accident, so she decided to adopt them. All those while, Mike tried to play nice about it all, but things got over-board when he had to make her understand that the rats would mate and it might create a huge chaos.

Throughout the series, Joey Tribbiani is portrayed as a dumb character, to say the least, but the show takes it too far in “The One Where Joey Speaks French.” Joey needed to speak French for an audition, so he took lessons from Phoebe. But when Phoebe asks him to repeat some simple sentences, the words that came out of his mouth were not at all the same.

It goes on throughout the episode, which is hilarious, but after a point, it starts to get uncomfortable to watch as he can’t be so dumb! We know Joey isn’t the brightest, but he’s gotten through life this far, so he should be able to get something so simple. It’s just not funny!

In a hopeless attempt to get noticed by her new boss at Ralph Lauren, Rachel starts smoking, which is completely out of character, considering she declared earlier in an episode that she hates smoking. As a Rachel fan, which is honest and real, it’s hard to watch this, because all of the friends are beloved for their realness. So, it hurts to see her sell herself out like this.

Joey And Rachel Try To Do It

If there was ever a moment when FRIENDS fans all collectively yelled at their TVs, it would have been when Joey and Rachel try to do it. Rather than giving what fans wanted, things got out of track. It was awkward enough that Joey falls in love with Rachel, but when she eventually starts returning his affection, which is not convincing at all.

Luckily, not taking long, writers realized their mistake and re-united Ross and Rachel in the end. The ross-Rachel story was always a constant, but the Rachel-Joey thing was not good at all!

Even after some of the bad moments, it is full of power-packed excellent moments. And that is why we still love FRIENDS.