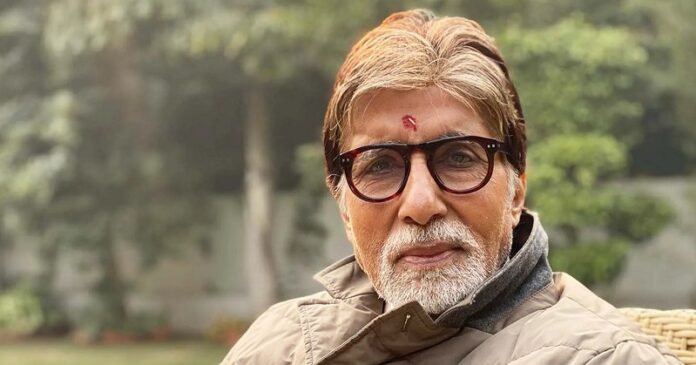 The Shahenshah of Bollywood, Amitabh Bachchan, the veteran Bollywood actor, is quite active on social media and he often uses it to greet his fans and followers. Though he receives a huge number of messages, he tries his best to answer as many of them as he can.

But the legendary actor often gets trolled on social media. Recently, the actor had to face some trolls who dropped comments criticizing him for waking up late. He tried to reply to many of such comments personally and revealed that he had been working all night.

On Sunday, Mr. Amitabh Bachchan took to his Facebook account at around 11:30 am to wish good morning to his followers. While his loyal fans wished him in return, others questioned him for greeting good morning when it was almost noon.

When one person asked him in Hindi, “Don’t you think you have wished a good morning very early?” the actor replied, “I am grateful for the taunt. But I was working late night, shooting wrapped up this morning. I got late in waking up, so sent wishes as soon as I did. If it hurt you then I apologise.”

Another user commented that the actor is getting up late because he is enjoying his summer holidays, he also got a response from Big B  who said that he was working late.

Among all the trolls, one user crossed his limit, he mocked Amitabh Bachchan by calling him budhau (old man) to which Big B wrote that he will pray for the user’s long life so that no one insults him in his old age by calling budhau. 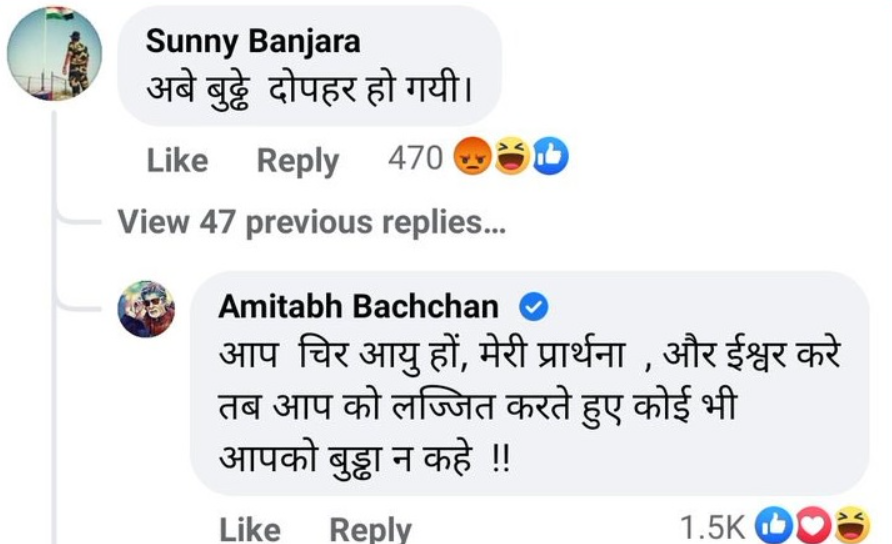 Another user wrote, “Aaj bahot der mein utri. Lagta hai desi pi aa gaye hain. Aajkal 11:30 baje pratahkaal (it looks like he had local liquor that he had a morning at 11:30 am).” Amitabh replied that he doesn’t drink himself, he just entertains others with it.

Big B will be seen on the big screen in Ayan Mukerji’s Brahmastra, which stars Ranbir Kapoor and Alia Bhatt, releasing on September 9. Amitabh will also feature in the Hindi remake of the Hollywood film ‘The Intern’ and Uunchai.