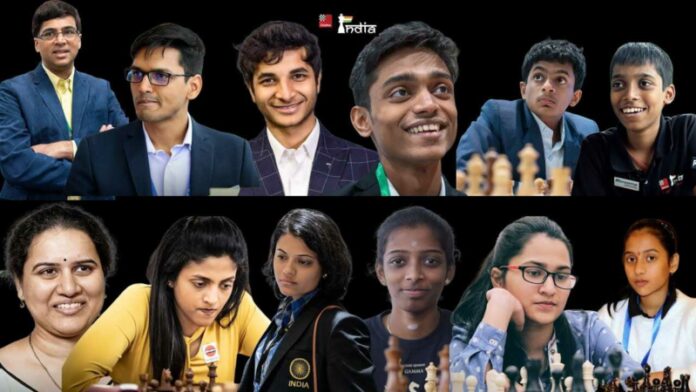 There have been many exceptional chess players from India throughout history, with greats like Erigaisi Arjun, Pentala Harikrishna, and Viswanathan Anand leading the way in more recent years. Chess, like many other sports and activities, has evolved with time and become increasingly competitive. While several countries, such as China and Russia, continue to dominate the world of chess player, it’s clear that India has made strides in recent years to close the gap between them and the rest of the chess-playing nations. Here’s a list of the top 5 Indian chess players in 2022.

Viswanathan Vishy Anand is an Indian chess Grandmaster and the current World Chess Champion. He is a five-time World Champion and has been the top-rated player in the world. He is one of the top-rated chess players in the world for the past two decades. Vishwanathan Anand was born on December 11, 1969, in Madras, India. Viswanathan Anand learned to play chess at age six from his mother and by age fourteen. Viswanathan Vishy Anand is earning a living as a professional chess player.

Koneru Humpy is a chess player from India who is currently ranked as one of the best female chess players in the world. She has won numerous international tournaments. Humpy was born in 1987 and became the youngest woman ever to achieve the title of Grandmaster at the age of 15 years. She tied for first place with Zhao Xue but placed second on tiebreak. The earliest female Grandmaster, she is the eighth ever female Grandmaster.

Pentala Harikrishna became the youngest chess grandmaster from India. He was the Commonwealth Champion in 2001. He was also the World Junior Champion in 2004, and Asian Individual Champion in 2011. At the moment, he is the third highest-rated player in India.

Vidit Santosh Gujrathi (born October 24, 1994) is an Indian chess player. In January 2013, he became the 30th Indian to attain the title of Grandmaster. Currently, in August 2022, he is the fourth highest-rated player in India. Other top 3 players are Viswanathan Anand, Pentala Harikrishna, and Gukesh D. Vidit Santosh Gujrathi is the fourth Indian player to have crossed the Elo rating threshold of 2700.

In conclusion, it is evident that the Indian chess player has great potential. With hard work and dedication, they can easily become one of the top chess players in the world. They have the ability to dominate the competition and win championships. The sky is the limit for these talented individuals.