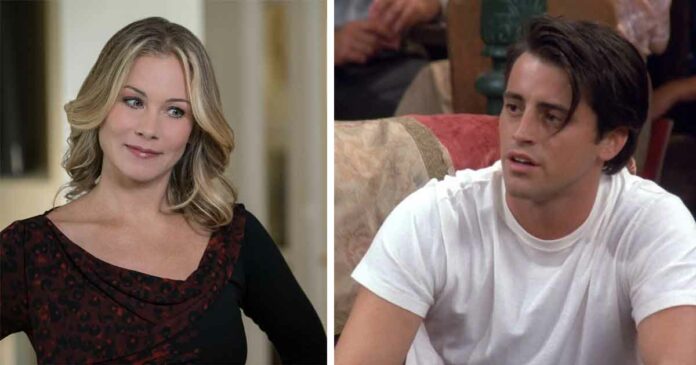 FRIENDS is one of the most beloved sitcoms of all time. People still relate to the six main characters, their struggles, and the storyline of the show. That is what gave this show a huge success and it is continuing. While FRIENDS gave the audience some amazing storylines, there were some small inconsistencies in the show. Let’s check out those small yet annoying inconsistencies in FRIENDS:

Throughout the seasons, Ross changed his birthday three times. He mentions that his birthday is in March in season one but in the later season he said, it is in December. However, he again changes his birthday to October in season nine.

2. Appearance Of Rachel And Chandler Changes Within Hours

When Monica said “Yes” to Chandler’s proposal at the end of season six, fans were expecting the next season to be started from where it ended. However, it didn’t happen as expected. Even the appearances of Chandler and Rachel were different as Chandler had a haircut and have lost weight and Rachel shorten her hair. But since we love “Mondler”, it’s okay.

3. Everything About Rachel’s Sisters Changes

In the beginning, Rachel mentioned that she has only one sister. But, later it turned out that she has two. Also, once he mentioned to Danny, her boyfriend that one of her sisters has “very masculine energy”. However, they both appeared quite feminine.

4. Rachel’s Baby Suddenly Being a Breech But Pushing Anyway

Rachel was taking ages to dilate during her labor. However, suddenly midwife said, “Oh, we just found out this baby is breech. You’re just gonna have to push a bit harder!” Neither C-section nor epidural, just push harder. Wow!

5. Estelle Helping Ross and Carol To Deliver The Baby

Estelle was Joey’s agent. But, if you have missed it, in earlier seasons, she was also the nurse who helped in deliver Ross and Carol’s baby. Then how did she become Joey’s agent later on?

In almost all the episodes, Joey and Chandler’s bathroom toilet is to the right of the door in the corner, but in the episode “The One With The Kips”, the toilet magically comes in front of the door and can be seen from outside.

The door number of Joey and Chandler’s apartment keeps changing just like Rachel and Monica’s door number. It changes from 4 & 5 to 19 & 20. However, the purple door and wooden frame on the peephole were more in the spotlight to see the door numbers.

8. Joey Shirt’s Color Changes From Purple To Black Within Minutes

9. Chandler And Monica’s Present Goes From Wrapped To Unwrapped Throughout Episode

10. Chandler Cried Often Despite Saying That He Can’t Cry

Before the episode “The One Where Chandler Can’t Cry”, Chandler was seen crying on multiple occasions such as when Ross asked him and Joey to be his best man, when Ross gave Phoebe a bike to ride as a gift, even when he proposed Monica and many more. So, in short, it is hard to believe that he can’t cry.

11. Ross Keeps Forgetting That He Doesn’t Hate Ice-Cream After all

Well, it was a running joke and quite has mentioned few times in the show that Ross doesn’t like ice cream. However, supposedly, he forgets that when he is happily eating ice cream with his monkey, Marcel, or on a date with Elizabeth.

12. Rachel And Chandler Got Introduced With Each Other Few Times

The bond between Chandler and Rachel’s character is not a famous one. But they did share a different connection with each other. However, they also got introduced for the first time on three different occasions, that is, on the “The Pilot” episode, then in the “The One With All The Thanksgiving” and finally on the “The One With The Flashback” episode. Well, each time their introduction was memorable.

13. Monica And Chandler Says “I Love You” Twice For The First Time

14. Monica And Pete Time Travelled On Their Date

Pete being the millionaire took Monica to Rome on their first date to have Pizza. But one crucial thing that they forgot is Rome would be a nine-hour flight one way. So, it is next to impossible to reach back on time, unless they have time traveled.

15. Rachel Was Pregnant For Over A Year

Monica and Chandler got married in the month of May. Rachel was six weeks pregnant at that time. Later, Valentine rolls in and she is still pregnant. Well, we love Ross and Rachel but how is this even possible?

16. Ross Keeps Forgetting When He Lost His Virginity 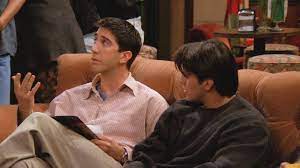 In the early episodes, Ross makes a whole lot of fuss about him losing virginity to Carol and she is the only one. However, when Monica, Chandler, and Ross were revealing secrets about each other, it was mentioned that he made out with a cleaning lady in his college days. So, what is the truth?

In season 4 episode 14, Monica poured herself nearly a full glass of orange juice. She put it down to feel Phoebe’s baby kicking. The glass was closer to half full by then. However, more juice was added to the glass as she asked Rachel how her date with Joshua went. And again, the glass was less than half full when Rachel said she didn’t see Joshua.

On the aisle, while taking her vows, Monica called Chandler his soul mate. Later, Phoebe introduces a guy to Monica which she thinks is a soul mate of Monica. Chandler gets all upset about it and Monica then tells her that she doesn’t believe in the concept of the soul mate.

In season 5 episode 13, Phoebe’s grandmother’s funeral happened. She held several pairs of 3D glasses in her both hands when the others joined Phoebe. She gave one to the man who named himself Frank Buffay. The gang joined her as she realized who he was. The glasses in her right hand were gone as she told them the man was her father.

21. Monica Keeps Forgetting That Ross Told Her When He Lost His Virginity

In an earlier episode, when Ross realized the dates, Monica says “I hope you wouldn’t remember”. Later it made clear that on this date Ross lost his virginity to Carol and of course Monica knew about it. But in a later episode, when she and Joey went on a date with the brother-sister duo (at least that’s what Monica thought), she says to Joey that this brother doesn’t even tell her when he lost his virginity. How come is this possible?