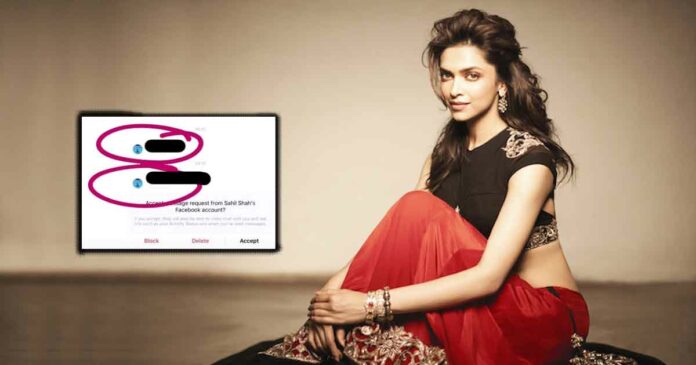 Deepika Padukone is one of the most valued Indian female actresses. However, she is down from the third slot in 2019 to the fifth most valued celebrity currently, with a valuation of $50.4 million.

Bollywood actors are not new to the abuse on social media, but only some of them actually choose to shut their trolls off. And, our favorite Deepika Padukone is one of them. From the film industry, she is one of those celebrities who doesn’t take abusive trolls lightly.

Recently, the ‘Padmaavat’actress shut down a troll who was sending abusive texts to her in DMs. The famous actress decided to call him out on social media. She shared a screenshot of his texts with a hard-hitting but classy reply, just like she is.

The actress has proved several times that she wears her heart on her sleeves. She took the screenshots of the texts that were sent to her. Later, she encircled the texts and shared them on her Instagram story. She captioned it by writing, “Wow! Your family & friends must be soo proud of you.”

Deepika has a number of films lined up on the professional front for release this year. She will be seen in an untitled project of Shakun Batra. This film is also starring Siddhant Chaturvedi and Ananya Panday. She will also be seen with Prabhas and Amitabh Bachchan in an untitled film. She also has “83” in line opposite to her husband, Ranveer Singh.

Deepika Padukone will be seen for the first time in an action-adventure, “Fighter” with Bollywood star Hrithik Roshan. This movie is directed by Siddharth Anand.

Apart from this, the actress is also doing Shah Rukh Khan-starrer “Pathan”, which also stars John Abraham. It is been said that Shah Rukh Khan is going to be a negative character in the film. Deepika confirmed in a recent interview that Shah Rukh Khan will indeed be returning to the big screen with Pathan. And also gave a sneak peek at her upcoming projects and in the process, about the movie “Pathan” as well. After the 2018 movie Zero, Pathan is Shah Rukh’s first starring role.

Recently Filmfare also reported that the makers of the “Dhoom” franchise are doing the groundwork for their next installment and are trying to rope in Deepika Padukone. Further, the report added, the actress in the fourth installment is being considered to portray the role of a villain. Also, she has been offered the project by the makers.