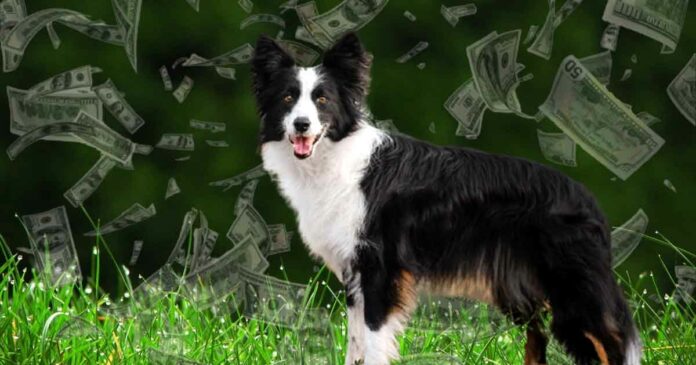 One Tennessee businessman went above and beyond to make sure that his beloved dog would be taken care of after his death. For a Tennessee canine, it won’t be a dog’s life whose owner recently died. A watchdog who can now afford to hire her own security staff and fulfill all her needs.

According to a report of WTVF-TV, an 8-year-old border collie, Lulu will be living the good life after inheriting $5 million from her owner who died late last year in Nashville.

Lulu’s caretaker, Martha Burton told that Bill Dorris, Lulu’s owner was a successful businessman. Dorris left the dog with Burton because he was always on the road. Dorris was not married and died late last year. In an interview with WTVF-TV, 88 years old Burton said, “Yes, she’s (dog) a good girl. Oh yes, (Dorris) loved that dog.” He also confirmed that according to Dorris’s will, the funds will be transferred to the trust. He said, “will be transferred to a trust to be formed upon my death for the care of my border collie, Lulu.”

Burton told the television station, “I don’t really know what to think about it, to tell you the truth. He just really loved the dog.” The will dictated that the money should be put into a trust for Lulu’s care. It also allows Burton to be reimbursed for monthly expenses in the care of Lulu. Burton says that she doesn’t know if she could spend $5 million on Lulu ever. She said with a smile, “Well, I’d like to try.”

Currently, the estate is in probate. Reportedly, a conservator will handle the trust for Lulu who will approve and reimburse Burton for expenses to take care of Lulu.

As per the reports of WZTV, Dorris was the owner of the first Grand Wizard of the Ku Klux Klan of Confederate Gen. Nathan Bedford Forrest which is a controversial statue. The television station reported that the statue sits on a property that is owned by Dorris which overlooked Interstate 65. In 2017, pink paint was thrown on it and has been vandalized numerous times over the years.

Also, Dorris had plenty of investments in real estate in the Nashville area. That is why his actual worth has not yet been determined. However, as a news outlet reported, the destiny of the statue and the rest of the estate might be determined in probate court.