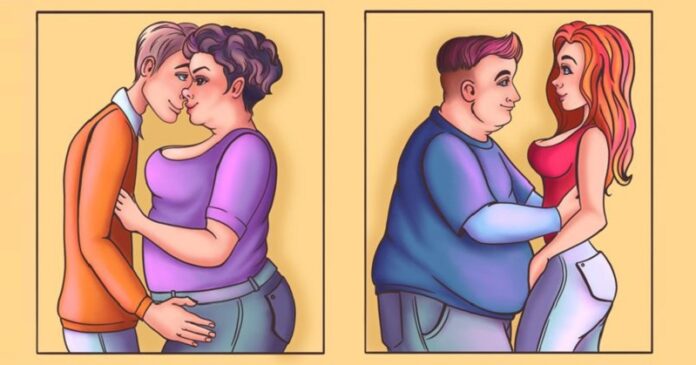 In a century, our society has evolved a lot for the better. But when it comes to equality, we humans still need to work upon that. Having double standards for almost everything keeps our society backward. The double standard is a principle applied to different people or groups. And one of the most common cases is gender inequality. Many things which are okay for men are not well accepted when done by women. And, sometimes it happens with men too. Unknowingly, we only apply those double standards to our society. Let’s check them out:

1. Whenever people see a woman in a bad mood, they tend to relate it to “those days”. 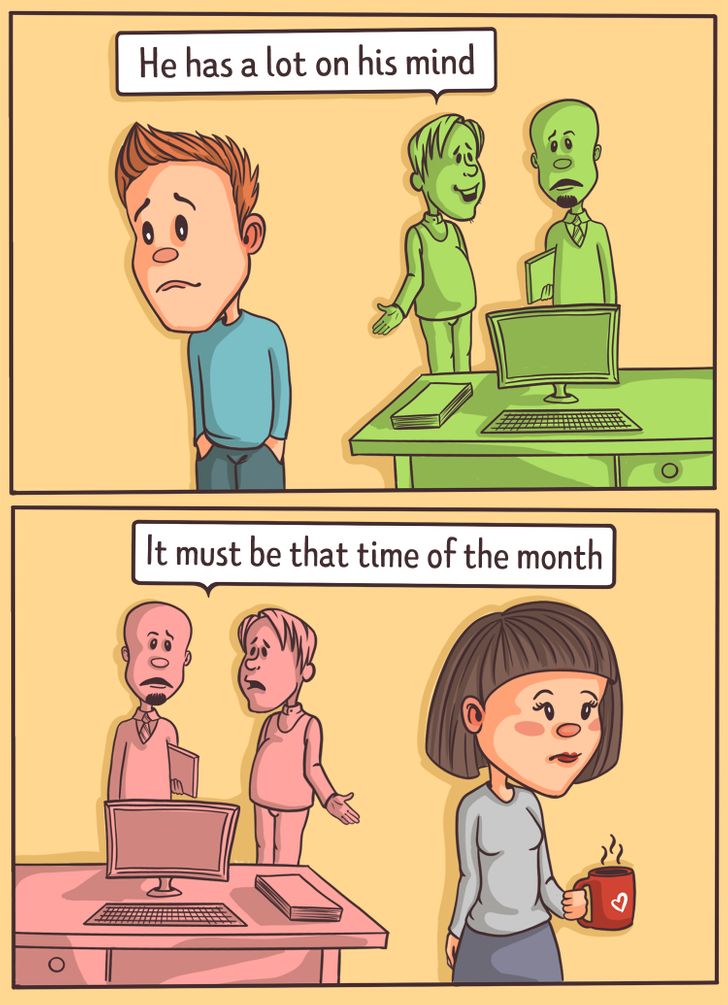 2. When it comes to small mistakes, we justify them when men make them but generalize when women do it. 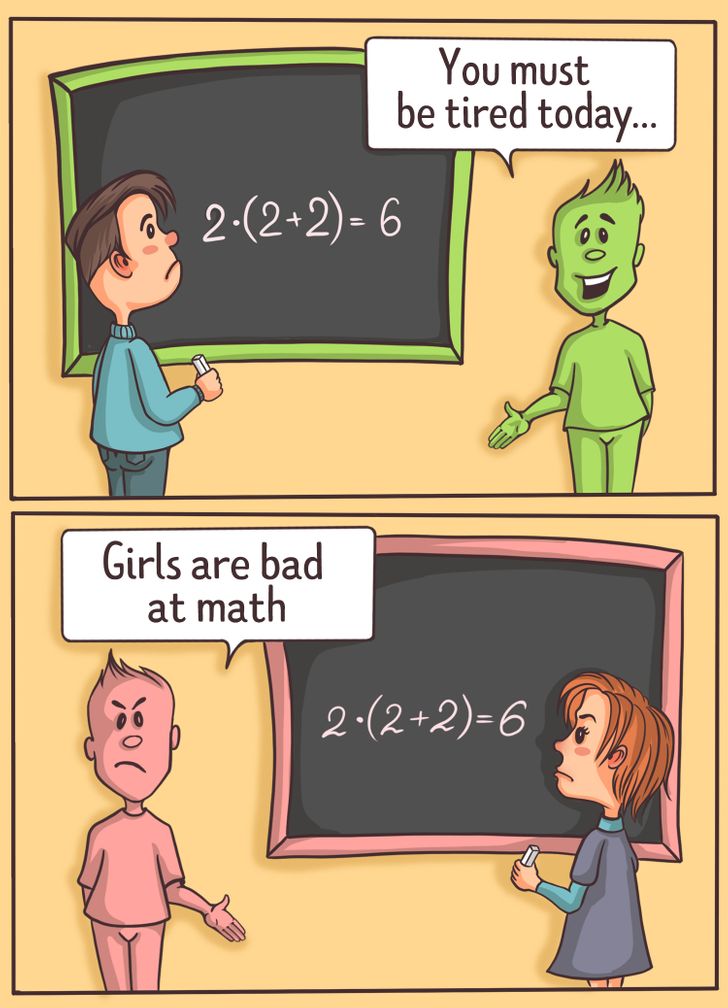 3. It is okay for women to cry to release stress but it considers as a weakness when men do it. 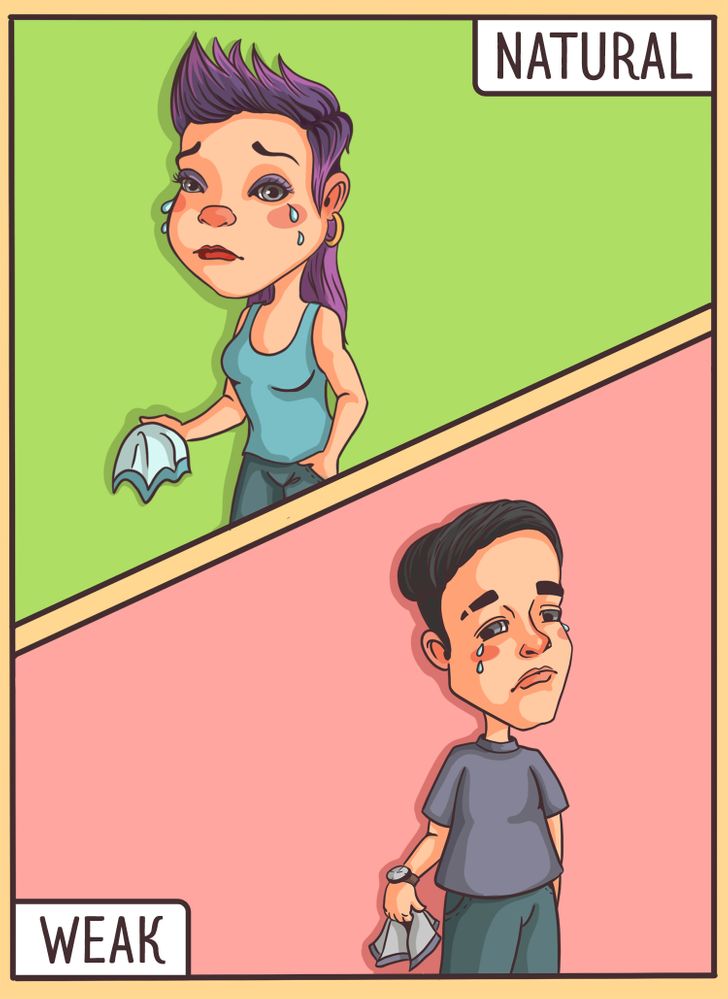 4. Having a “You go girl” attitude toward curvy girls with skinny guys but accuse slim girls when we see them with a heavier man of being materialistic. 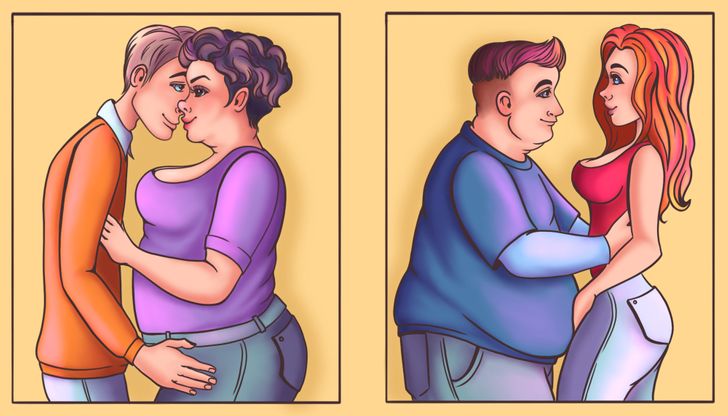 5. Body hair is considered a manly image of men and disgusting for women. 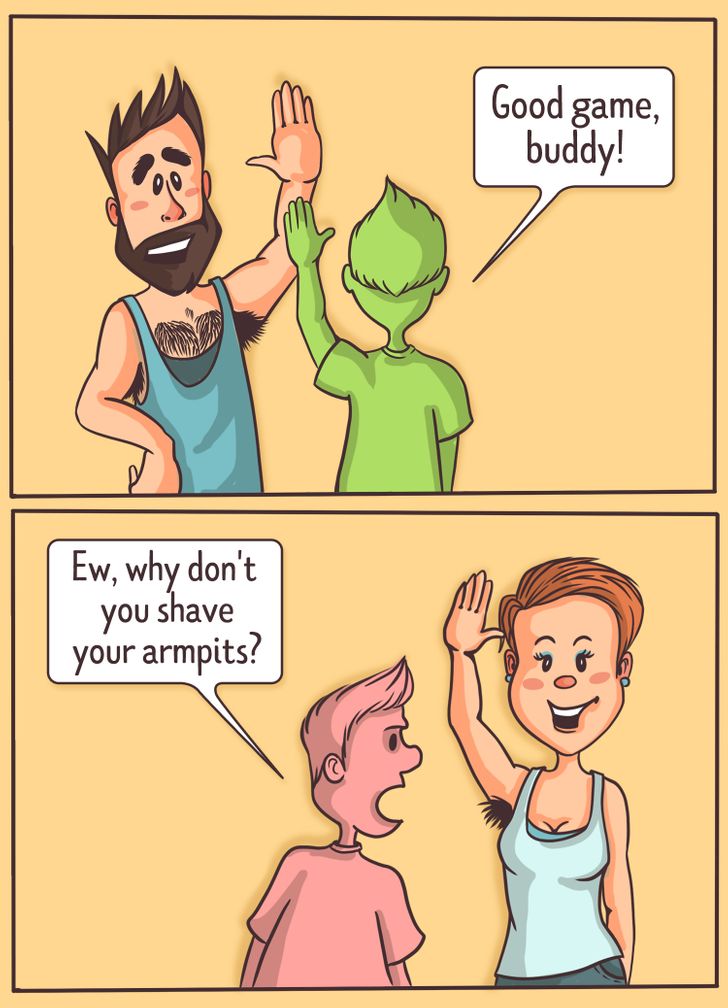 6. When a man flies in a fictional story, he is a hero and when a woman does it, she is a witch. 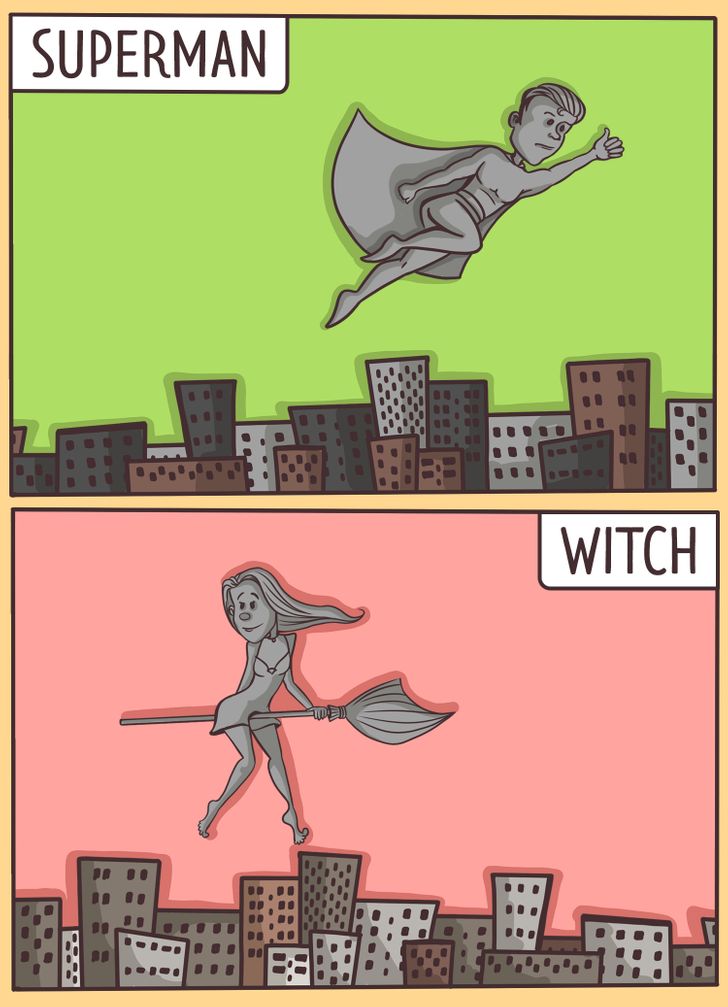 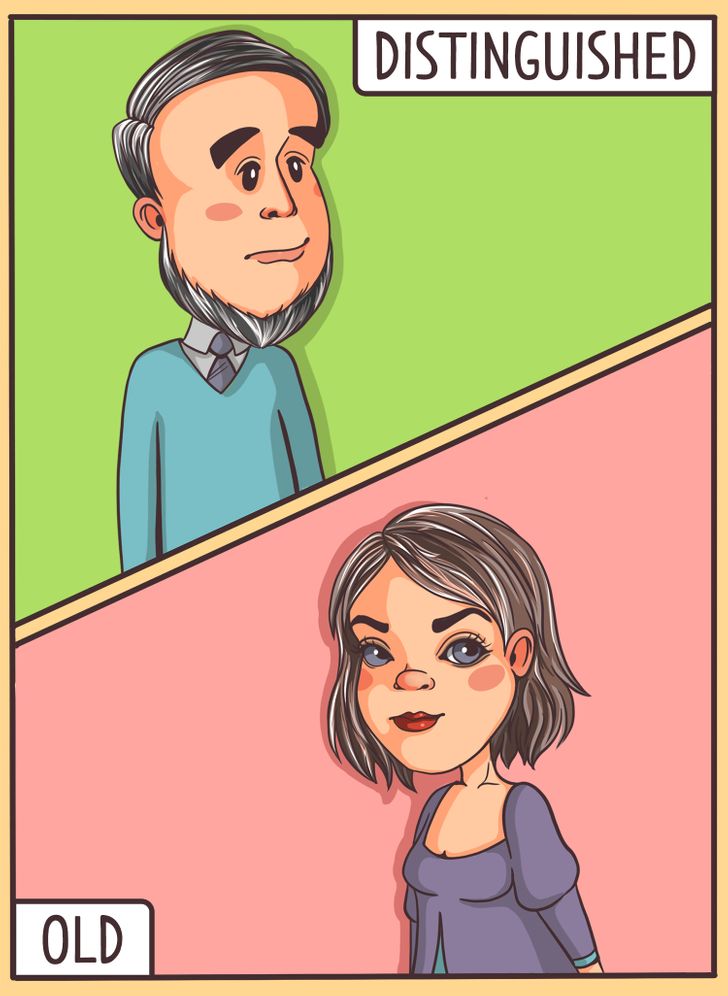 8. While fathers are always appreciated for whatever they do for their kids, a mother for the same actions is often criticized.

9. Having different attitudes towards mother and father. 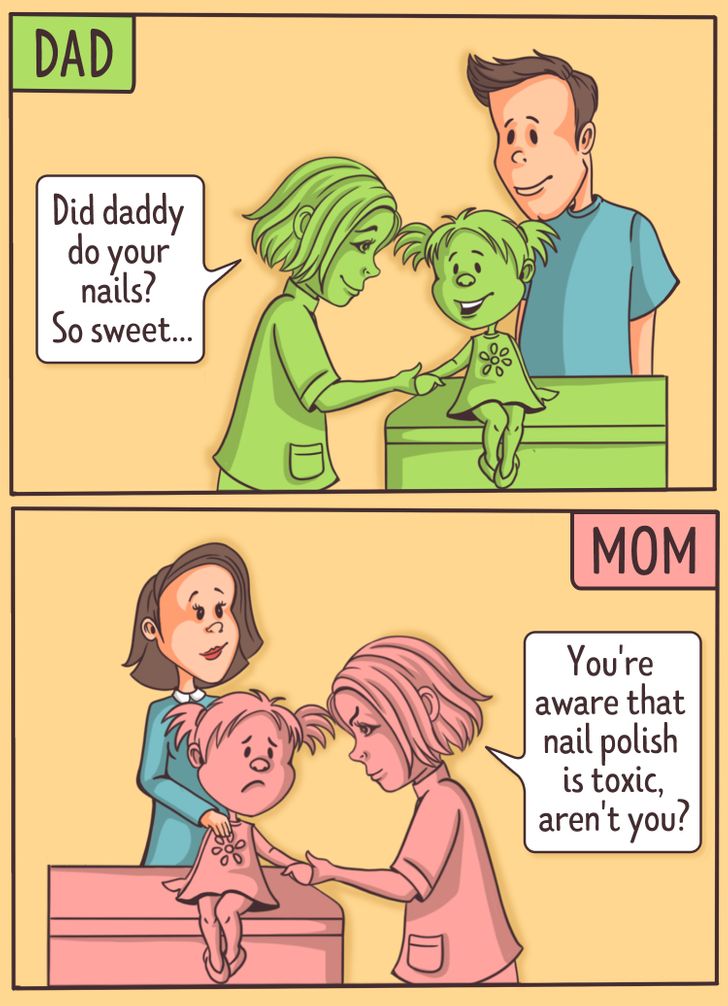 10. In debates, people relate differently between men and women. 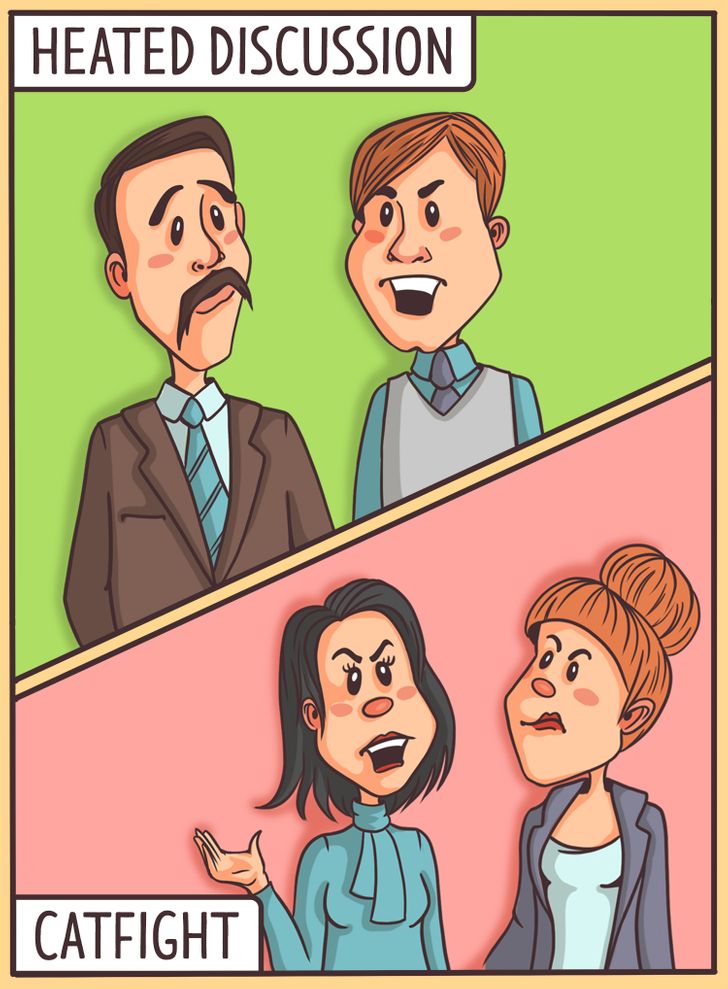