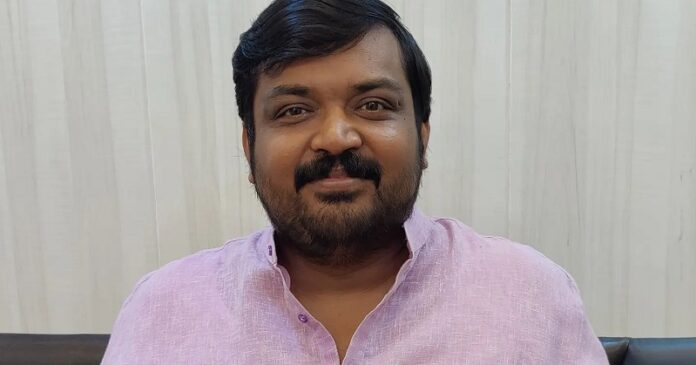 After the success of the first season of the TV Series Panchayat on Amazon Prime Video, the expectations from Panchayat 2 was high. We anticipated the return of the show that won our hearts starring some astounding actors like Neena Gupta, Raghubir Yadav, Jitendra Kumar, and Faisal Malik.

Well, Panchayat 2 definitely stood up to the expectations and presented us with one of the best conclusions. The simplicity of the show and the characters makes Panchayat stand out from all the other web series. The show received immense love from the audience for showcasing such relatable characters.

One of the characters that did not receive much screen time and whose story we were unaware of was Prahlad (played by Faisal Malik). In this season Prahlad went on to become one of the best characters who undoubtedly won our hearts.

But in Panchayat 2, we get to see a completely different side of the character. We get to witness the depth of his character. The responsible and fatherly side of him touched everyone’s heart. In this season we get to know that he has a son who is the only family he has. From making chapatis for his beloved son, Rahul Pandey (the character played by Shiv Swaroop) to not touching alcohol because he has his son at home, Prahlad’s character played by Faisal Malik brings out the fatherly instinct in him.

His son is a soldier in the Indian Army and their warm and friendly relationship touched everyone’s heart. Things take a different when his son is martyred in Kashmir in the final season. Faisal Malik has portrayed the character so well that you cannot help but feel the pain of his loss.

You get to see a very different side of Prahlad in the last episode of Panchayat Season 2. The character transformation from a jolly person to a mature and lonely person leaves a mark.

Who is Faisal Malik?

Faisal Malik comes from Prayagraj. He had a difficult past before he shifted to Mumbai. The difficulty Faisal had to face will shock you. In a previous interview with TEDx Talks, he revealed that his younger brother died from a renal disease when he was in the ninth grade. Later, he came to know that his sister committed suicide due to academic failure. The loss of his brother and sister took a toll on him and his family. It affected him so badly that it affected his studies as he could not concentrate and lost five precious years of his life.

He almost abandoned his studies and his parents were angry and tried hard to convince him otherwise. After he finished his B.Com from Lucknow, his father sent him to Mumbai to get an MBA degree. He moved to Mumbai at the age of 22. He got some suggestions to try acting but assuming that it would be difficult he tried to sustain himself and make ends meet by doing odd jobs.

He said he landed a job as a tapestry weaver and he had to spend the evenings at the station because there was no place to sleep. There were also days when he had to go hungry.

Faisal also recounts in one of his interviews that people were scared of his appearance. He went to the extent of going around production houses and telling them if they needed a “dark, fat man” they should call him.

Faisal was determined to do something and despite the hardships, he faced he did not give up. He started as a production assistant by pursuing a course in cinematography then gradually walked up the ladder to becoming a lineman.

Faisal’s life changed when he was offered a role in the movie Gangs of Wasseypur in 2012. After nailing the character of a police officer in the film Faisal’s work got easier. He also appeared in several films and TV shows like Black Widow, and Fraud Saiyan.

He runs a production company by the name Hamari Film Company and has produced a number of series and films like Main Aur Charles, Kangana Ranaut’s Revolver Rani, and Saat Uchcheke. Faisal works for several OTT platforms with his wife Kumud Shahi by his side.

Faisal once revealed that he feels nervous when it comes to acting. He was also not sure how the audience would receive the show Panchayat because most of the popular web series are dominated by plots involving action, crime, thugs, and the underworld. Little did he know that the show and his character Prahlad would receive this much love and accolades from the people.

Recently, Faisal was asked about his feelings for pulling off the difficult and emotional death scene at the end of the show of losing his son. He said that he is touched that people could relate to the emotions of the scene as the pain of losing someone is one of the most real emotions and he is glad that it looked natural and that they have managed to do a good job.

Given his difficult past, he also added that he didn’t put too much thought to the scene as he wanted to make it look real. He said that he is not the only one who has lost a family and though the pain of losing someone is unmatched, it is also the most natural thing.

Faisal Malik’s raw and real performance was praised by the fans:

You have often seen him in films and TV series in light hearted comic roles but his range is unbelievable when it comes to intense somber acts. That’s an appreciation tweet for Faisal Malik. What an actor he is pic.twitter.com/z23vvI5lIy

My mon just finished watching Panchayat. She thinks Prahlad Pandey will contest election against the sitting MLA and win it.

No one prepared me for the final episode of #PanchayatSeason2 😭😭

Faisal Malik as Prahlad Pandey has my heart ❤️

Bless the Faisal Malik-Chandan Roy tag team. Always making the scene better, whether they’re at the centre or on the sidelines

This scene just broke me and i had tears in my eyes. #PanchayatSeason2 #Panchayat #amazonprime #faisalmalik #jitu #chandan 🥺🥺@PrimeVideo pic.twitter.com/48agkNdf5r