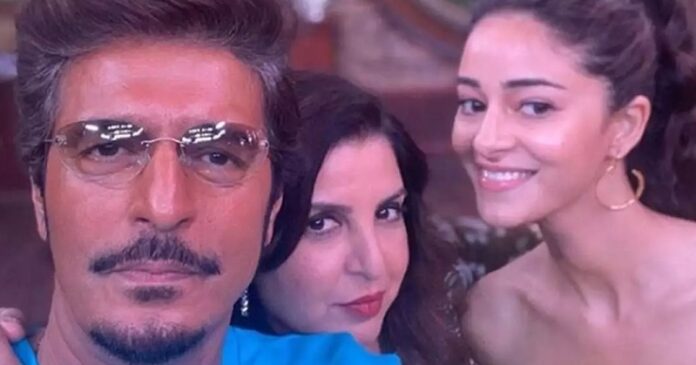 Ananya Panday is the daughter of the veteran actor Chunky Panday, who is known for his comic roles in several Bollywood movies. The actor was seen in the ‘Houseful series of films’. Ananya on the other hand was last seen in ‘Gehraiyaan’ with Siddhant Chaturvedi and Deepika Padukone.

The video shared by the actress begins with Ananya’s introduction, soon she is interrupted by Farah Khan, who tricks her by saying, “Ananya, Ananya, you have won the National Award for Khaali Peeli.” When Ananya gets all excited and curious, Farah adds, “I am joking” ( just the way Chunky Panday’s character Aakhri Pasta says in the Housefull series of films).

“Farah you should get the award for overacting in this video.”

To which Farah Khan replied,

Take a look at the screenshot of Farah Khan and Chunky Panday’s comment exchange on the post:

The actress recently completed 3 years in the Bollywood industry, she made her debut with Karan Johar’s ‘Student of the year 2’ (SOTY 2). She has a huge fan base and has managed to mark her place in the industry. On the work front, Ananya will be seen next with Adarsh Gourav and Siddhant Chaturvedi in ‘Kho Gaye Hun Kahan’ directed by Arjun Varian. The 23-year-old’s upcoming movie also includes ‘Liger’ directed by Puri Jagannadh.