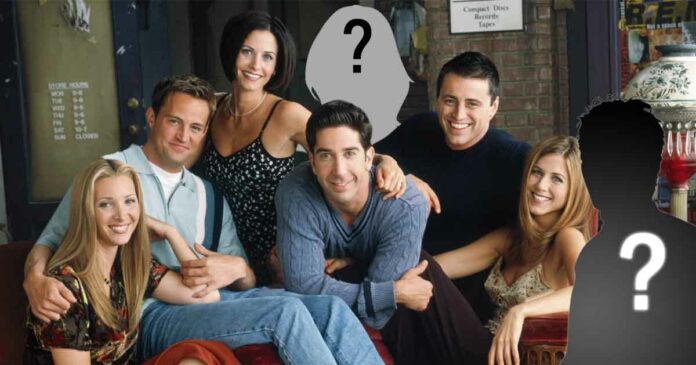 While observing the popular show FRIENDS, we were able to see that the show succeeds because of the close bonds between the six characters of the show. Sure, they had faced conflicts with one another but, they rose above it all and came out even stronger. However, the friends of FRIENDS were a pretty close group, but some other characters could have been the 7th friend in the show.

There were outstanding guest stars and recurring characters that have the potential to become the 7th friend. Even though the outcome of the show was superb, there will always be hanging questions when it comes to this said topic. So, here is the list of characters who deserved to be the 7th friend of the show. Let’s check out:

Gunther was the owner of the famous Central Perk coffee shop and was there throughout the series. He was never a part of the gang but he was surely the follower of their adventures. Gunther definitely deserves to be the 7th friend. However, the major conflict that could have occurred from this storyline is that he loved Rachel, like Ross.

Oh my god!! Janice is one of the most entertaining and beloved characters of the show. Her ongoing and off going relationship with Chandler kept her throughout the show. It would have been good to see her stay on the show, as she was never short of hysterical. She surely had the potential to get along with the group in a strange manner.

Mike has been cast later in the series but, he was excellent and was there till the end of the show. His relationship with Phoebe was beloved by the audience and he connected with the group quite smoothly. That is why he can be the perfect 7th friend of the group.

Carol was Ross’s lesbian wife. Eventually, they both got divorced but Carol always remained around the group because she was the mother of Ross’ child, Ben. So, it would have been acceptable to see her around with a more prominent role. Her overall pretty tame personality could have been an amazing addition to the group.

Becoming Eddie as the 7th friend might have been a stretch because he was insane. His wicked temper and unstable mind made Chandler quite uncomfortable while they were roommates. However, keeping him for a longer period would have been amazing because he was hysterical.

Richard definitely was a character that could have had a larger story than just being Monica’s partner. His character was very intriguing. However, the relationship between Richard and Monica ended, he could have been a powerful addition to the group.

Will was Ross’s best friend from high school. It would have been perfect to carry over their friendship just like Ross and Chandler. But, for that to happen, he needed to drop his hatred for Rachel. That would have been a major challenge for him. However, he was hilarious in the thanksgiving episode.

Ben was Ross’s son who goes on disappearing from the later series. Do you agree that Ben should have seen far more? They could have utilized his character differently. Having Ben around in the show could have been a growing experience for the FRIEND’s group and also it would have been hysterical.