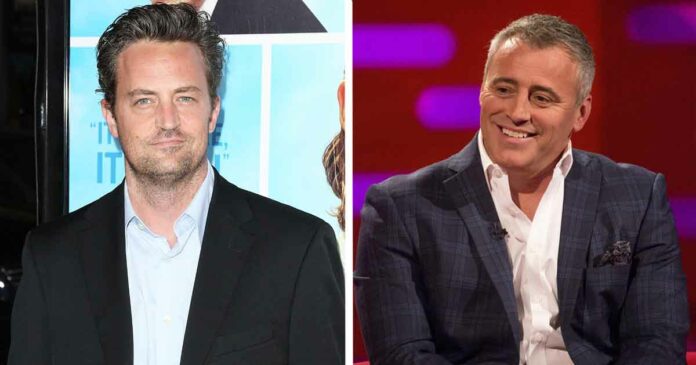 It’s been over a decade that FRIENDS has been off-air, but still, the relevance of the show is increasing day by day. People still love it and relate to the characters and their storylines. Among all the main six characters, Joey and Chandler had some amazing moments in the show which we wish to be a part of.

So, here is the list of those moments of Chandler and Joey we would like to experience. Scroll down to check out:

Chandler: His Love For Bubble Bath

Baths full of bubbles, essential oils, warm water, calming music, who wouldn’t like it? When Monica first asked him to try it, he was not that much into it. But after he tries for himself, he couldn’t get back. The expression on Chandler’s face was so peaceful and relaxed that many of us drawing our own baths. However, Chandler needs to learn to keep the door closed so that nobody can interrupt him.

As we know, Joey had worked hard and longed for a job he can play as a lead on his own show, Mac and C.H.E.E.S.E. It was a major step in his career, even though it didn’t last because of its eventual cancellation. Joey almost lost this opportunity due to Chandler, but he managed to secure the second chance and got the lead role. We would have loved to be a part of this memorable moment.

Chandler: His Response When Asked For Advice

When Rachel rejected Joey’s proposal, she was afraid that they never are back to normal again. She asked for a bit of advice from Chandler, who lets her know that he is not really good with advice instead, could he interest her in a sarcastic comment? Anybody who isn’t good at giving advice can relate to Chandler at this moment.

Joey agrees to help Treeger in his dance moves when he confronts Treeger about being mean to Rachel to keep Monica and Rachel from being evicted. Joey dreads it initially but realizes that he really enjoys it. Joey even gets sad when it ended. He picked up a new skill while helping his friends. It was amazing.

Chandler: Making Up With Joey After Kissing Kathy

This was one of the most memorable moments between Chandler and Joey. When Chandler tells Joey that he kissed Kathy, he was furious with him. Chandler begs for forgiveness, but he did not get it until he does some thinking in a box Joey made. Later, he not only forgives Chandler but also encourages him to go after Kathy. That is the best part when they makeup and move on.

In the episode “The One With The Screamer”, after the director reads from the paper a bad review of the play Joey was in, he takes his review particularly well. He was even cheerful about the fact that he wasn’t the worst part of the play. Joey’s reaction was not at all forced but genuine. Somehow, we all have faced similar criticism and certainly, we wanted to be Joey at that moment.

Chandler: Found A Job He Cared About

Chandler hated his job in the show and always complained about it. He was just stuck there because of good pay. But later in the series, he finally quits his job and joins a job in the advertising business. Chandler may have started from scratch but with hard work and dedication, he got the permanent job. Many of us would love to experience such a moment.

Joey: His Love For Food

Do you remember “Joey doesn’t share food”? His love for pizzas and sandwiches was contagious. Whether it is the number of jam jars or Rachel’s botched English trifle, he loved it all. On Thanksgiving, he took the challenge to eat whole Turkey and he did with the help of Phoebe’s pregnancy pants. We surely want to be with him for delicious meals.

Chandler did everything to ensure that Monica would not see his proposal coming, and it worked out extremely well. Fortunately, all was not lost, and Chandler got surprised to find Monica in their candle-lit apartment, proposing to him. That romantic moment was amazing as they let each other know just how they felt about the other and were ready to spend the rest of their lives together. That was one of the best and magical moments in Chandler’s life.

Joey: When He Married Monica And Chandler

Chandler was Joey’s best friend and he was the first one to know about Monica and Chandler. He would never miss the wedding ceremony of both of them for the world. He knew how perfect they are together and we can see how happy he was to be the one to marry them. Joey officiating their wedding made it sweeter and special.