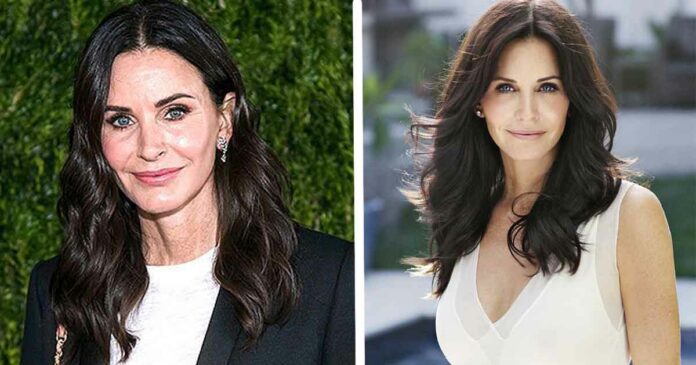 While watching FRIENDS we have come across many funny incidents that are unreal in practical life but are funny on screen. There are moments when the cast had to go through some really tough times to create some interesting pieces for us. While watching the show or the scenes we can never imagine how difficult things can be for the actors, but when we see the footage from behind the scenes then we realise why they get paid so hugely!

Do you remember the first time when Chandler said “I Love You” to Monica in their relationship? It was just after she did that Turkey dance. Yes, that creepy but funny dance by Monica is unforgettable and made Chandler so happy that he accepted his love for her. But just after Chandler said it, he panicked and tried to take back his words. Even after his desperate efforts, we heard it loud already, and it was late for him to go back after that. In that episode, Chandler was upset once he realised the fact that he lost his toe on a thanksgiving dinner because he called Monica fat the previous year. It was depressing for Chandler to cope with that injury because it was not just physical but also mental damage that he received because of all those teasing in high school.

Anyways, we are here to discuss the Turkey dance by Monica, and we know she did a great job in it. Monica is a character who loves to stay organised and has many self-imposed restrictions when it comes to neatness. For a character like her, putting on the turkey was obviously a big thing. Even we can’t do it because it’s simply gross! Still, we loved the shot and here’s the clip to rekindle your memories before we discuss the reality behind it.

If you are someone who follows Courteney Cox on Instagram then you must be aware that she recently recreated this iconic moment from FRIENDS on the occasion of Thanksgiving. In the recreated video, she said that she is the symbol of Thanksgiving and so she did it again for us. And we can say that she has not lost it because those moves are funny even today! Take a look at the new video released by Courteney on her Instagram. The actress is now around 56 years old, and age has taken over her a lot, but she managed to keep Monica alive in her.

But did you ever realise that behind those scenes and laughs what goes on? Putting a turkey on your head isn’t an easy task after all. Think of it as a dead animal wrapped around your head, and once you do it, suddenly you start to realise how weird it is. Courteney opened up about the scene in a recent Instagram post where she threw some light upon behind the scenes activities. And believe it or not, things aren’t so pretty if you know the truth behind the video. Often it happens that actors go through a lot to shoot a video, but while watching it we tend to ignore the efforts behind it. It’s not our fault actually, the actors are so good at their work that they don’t let us realise how hard it is for them behind the scenes.

It’s commendable that Courteney tried to show us the truth behind the most iconic scene from FRIENDS where she takes a turkey on her head. The video shows how she wrapped a plastic all around her head and then tried hard to bring down the turkey from the top. The bones of the turkey made the job tough for her, but she somehow managed to get in and perform that special dance.

Here’s the video to make you realise how tough this simple scene was for Courteney:

Now after watching her efforts for the show, your love for her has doubled! So keep loving the gang and rewatch the series again and again until the reunion comes in.