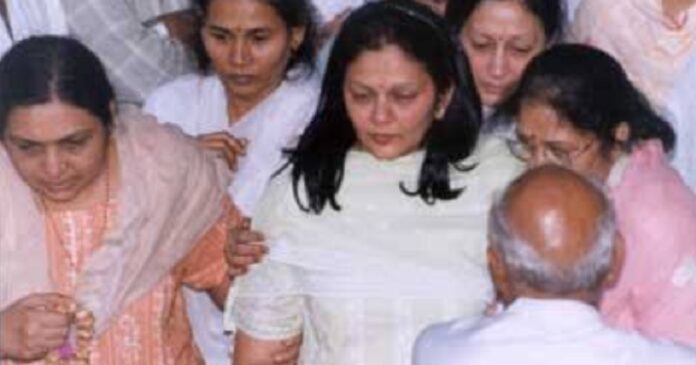 Harshad Mehta and his wife, Jyoti Mehta got married at a young age. From working in sales to becoming a stockbroker, she was always by his side. Initially, she was a homemaker. In 1992, CBI arrested her husband for misappropriating money. That is when she stepped in to support her family. However, as of now, Jyoti Mehta publicly holds 5 stocks with a net worth of over Rs. 2.3 Crores as per corporate shareholdings filed for June 30, 2021.

Jyoti and Harshad have a son, Atur Harshad Mehta. However, her personal life didn’t improve as such and she lost Harshad to a sudden attack after nine years while he was under criminal custody. It is believed that she moved in together with her in-laws, Rasilaben Mehta and Shantilal Mehta.

After Harshad Mehta got into criminal custody, Jyoti got involved during a series of legal battles. She was trying to achieve money that her husband had the right over. The tax Appellate Tribunal scrapped almost the whole tax demand of quite ₹2000 crore after 27 years that was on Harshad, his wife, Jyoti, and his brother, Ashwin.

Since 1992, Stockbroker Kishore Janani and Federal Bank owed about six crore rupees to Harshad. Jyoti won a case against them in the same year, in 2019. She was entitled to receive the whole amount with 18% interest because she was his sole beneficiary. Reportedly, Jyoti and her son, Atur have left their lives in Mumbai, India, and are currently living in the US, America. They are just trying to start fresh far away from all the media.

Jyoti Mehta has become quite popular after the death of her husband, Harshad Shantilal Mehta. Many people who did not know her before are now interested in knowing her and even about her early age as well. Since she has distanced herself from all the social media platforms, there is very little information available regarding her earlier days. She was born in India somewhere between 1958 and 1960. Reportedly, she will be about 61 years old by 2021.

If we talk about Jyoti Mehta’s education, her highest qualification is Graduate. She served as a housewife in her early years of marriage and completed her primary education at a local school.

When we talk about the net worth of Jyoti Mehta, we all know that her spouse, Harshad Mehta was a very wealthy man. So, the corporate shareholdings filed for June 30, 2021 showcases that she publicly owns five stocks with a net value of over Rs. 2.3 crore. This revelation makes Jyoti Mehta a wealthy person as well.

“Scam 1992” is a Sony Liv web series that is based on Harshad Mehta’s life. The series stars several A-list actors like Jai Upadhyay, Anjali Barot, Hemant Kher, Pratik Gandhi, and many more. This series is based on the stock market crash of 1992 in India. It is an adaptation of the book “The Scam: Who Won, Who Lost, Who Got Away”. It is written by journalists Debashish Basu and Sucheta Dalal. You can watch the series to know more about how it ended for Harshad Mehta’s family.

At the Asian Academy Creative Awards 2021, Hansal Mehta’s web series “Scam 1992” has won Best Drama Series and Best Direction. The director Hansal Mehta expressed his happiness and gratitude for the prestigious awards. He took to his Twitter account and tweeted, “Two awards for #Scam1992 at the #AsianAcademyCreativeAwards, India for Best Drama Series and Best Direction. Now we are going to represent India in the Grand Finale in December. Thanks, amazing team #Scam1992, my co-director and son @JaiHMehta @NairaSamir @ApplauseSocial @SonyLIV.”

“Scam 1992” is the biography of Harshad Mehta that is set in the 1980s and 90’s Bombay. It follows the life of a stockbroker who took the stock market to dizzying heights and his catastrophic downfall. With a 9.5 IMDb rating, you can watch this series on SonyLIV.