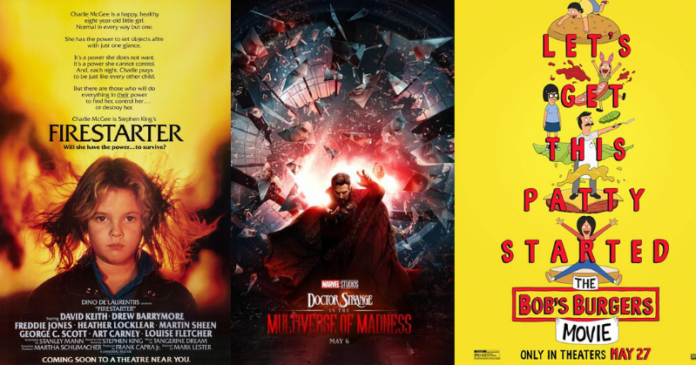 With movie theatres opening after the pandemic is under control. The movie enthusiasts are waiting eagerly to grab the tickets for the first shows of the movies they have been waiting to watch. Hollywood as a movie industry dominates the world market. Here we have a line-up of the best Hollywood movies releasing in the coming month of May 2022. New Hollywood movies of various genres like superhero movies, book adaptations, and new horror films.

Check out the list of  the Top 10 Hollywood movies releasing in May 2022 to watch out:

1. Doctor Strange in the Multiverse of Madness

A Marvel movie we are eagerly waiting for. The most successful franchises of all time Marvel films never fail to amaze, they have grossed over $25 billion worldwide. One of the most powerful and one of the favourite characters of Marvel fans is Doctor Strange(Benedict Cumberbatch is the best at portraying Doctor Strange). There haven’t been many standalone films featuring this character, this upcoming May release will be the second standalone film of Doctor Strange. Can’t wait to see if things really “got out of hands”. Go grab your tickets if you haven’t already to avoid spoilers as it is going to be the first MCU release this year.

Doctor Strange in the Multiverse of Madness Release Date: 6th May 2022

Dowtown Abbey: A New Era is a sequel to the 2019 film  Downton Abbey which was very popular. The first one was written by Julian Fellowes, and so is the second one. The plot revolves ‎around the Crawley family who wants to solve the mystery of the newly inherited villa of the dowager countess.

Click here to watch the Trailer of Dowtown Abbey: A New Era

The new A24 horror movie might be one of the best Hollywood movies in the horror genre. It is directed by Alex Garland who is also the writer and director of the Hollywood movies Ex Machina and Annihilation. The story revolves around the character Harper who visits the beautiful English countryside to cope with a personal tragedy, with the hope to heal. However, something dreadful happens. The trailer looks terrifying.

The movie Firestarter is an adaptation of Stephen King’s acclaimed novel by the same name. Produced by Blumhouse the film should be worth hyping about. This science-fiction horror film is directed by Keith Thomas. The cast of Firestarter includes Zac Efron, Ryan Kiera Armstrong, and Sydney Lemmon.

Most of the studios in Hollywood look for an opportunity to revive film franchises. Maverick is one of those films that can be counted as one. The original was directed by Tony Scott and released in 1986. Same as the original this movie also stars Tom Cruise alongside Miles Teller. In this upcoming Hollywood movie featuring Tom Cruise, Lady Gaga’s new single, “Hold My Hand,” will make an appearance. So, Lady Gaga and Tom Cruise Fans don’t miss out on this opportunity and grab your tickets ASAP.

Click here to watch the Trailer of Top Gun: Maverick 2022

Click here to watch the Trailer of Bob’s Burgers Movie 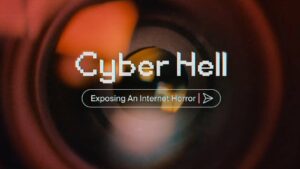 Cyber Hell is a Netflix Korean documentary of the “Nth Room” real-life case. The plot revolves around an attempt to take down the exploitive and anonymous online chat rooms involved with sex crimes.

Click here to watch the Trailer of Cyber Hell: Exposing an Internet Horror

Among the new Hollywood movies, Monstrous is a supernatural thriller that follows the story of Laura (Christina Ricci) and her seven-year-old son, Cody (Santino Barnard), who escape to a remote home in California from Laura’s abusive ex-husband. However, they soon feel the presence of a monster lurking in a nearby lake and are threatened by the possibility of the abusive man’s return as well. The film premiered at the Glasgow Film Festival in March 2022 and is now ready to be released in theatres.

Siberian Sniper is directed by Dmitriy Koltzov and the movie is set to release on May 10, 2022. The film will be available in the English language. The cast includes Aytal Stepanov, Dmitriy Koltzov, and Aleksandr Kazantsev. The movie falls under the genre of Action, Suspense, and Thriller. We have high hopes for this movie.

Click here to watch the Trailer of Siberian Sniper

Lex Luthor unites the world’s Super-Villains with the help of ancient Kryptonian power and manages to capture all of Earth’s Super Heroes. Now only the DC Super Hero Girls can stop the Legion of Doom. In order to do that our heroes must rescue their fellow Super Heroes from the Phantom Zone. While crossing dimensions a fortuitous wrong turn leads them to Titans Tower where they befriend the Teen Titans!