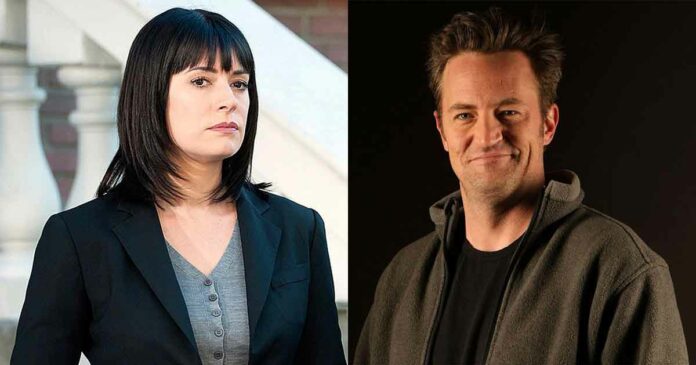 We love FRIENDS. We sometimes dress like FRIENDS and want to be friends with FRIENDS. We even occasionally hang out in coffee shops to make some friends. But sometimes it appears like our admiration for Monica, Rachel, Phoebe, Chandler, Ross, and Joey is misplaced because they’re actually massively selfish. From scheming and manipulation to the constant fighting over men and women, FRIENDS characters appeared to be the worst. For a show that is a huge hit even now, we expected so much more than that. Well, here are some examples when the FRIENDS characters proved that they were horrible, horrible people. Let’s take a look:

1. When Ross Started Planning Out His & Rachel’s Future Family

Ross and Rachel would always be considered as a cute couple. However, at the beginning of their relationship, Ross was obsessive about Rachel. Right before them, both say “I Love You” to each other, Rachel complained about Ross planning her future for her without even asking. And Ross kept on saying that how he imagines their future kids and also read a book on children’s names. That is when Rachel pointed out they’d only been dating for six weeks.

Even though it is adorable that Rachel had the feeling for Ross and she was jealous of his girlfriend, Bonnie, but it wasn’t cool to encourage her to go bald. It got too far on Rachel’s part. It is another anxiety-inducing moment to see that for her benefit she sabotaged Bonnie’s judgment of being bald.

3. When Joey Went Through Rachel’s Book

4. When Monica Assumed That Her Maid Is Stealing From Her

Just because she is a maid doesn’t mean she is stealing. Frankly, Monica was lucky to escape a sexual harassment lawsuit. Because when she peered incessantly at Brenda’s crotch to confirm that if the jeans have a stain on them or not, it was not at all okay. This gesture was quite selfish on her part.

Since Chandler and Kathy are such a good couple, we normally let this one slide. Also, they were far more suited than Joey and Kathy. Also, it didn’t matter because Joey rarely gets involved in actual relationships and Kathy was just another fling for him. But, even then also it was quite wrong to kiss your friend’s girlfriend behind their back. Chandler totally deserved to be put in that box.

It is quite ridiculous to see Joey getting a job as an acting teacher in the first place. And even after getting a prestigious job, Joey tries to sabotage the career of one of his own students. He advised the student to “play it gay” in the audition. Well, what can we say? Karma is a bitch. The casting crew loved the gay angle in the story and he got the part.

7. When Phoebe and Mike Donated Their Wedding Money And Asked It Back

If you don’t remember, yes it actually happened. Phoebe and Mike donated the wedding money to a charity. But later they realized that they want a big wedding, so they asked it back. They were not just patronizing and self-righteous but also were reluctant to hand over the cash that they gave to the organization. Ultimately, the organization decided that they didn’t even want their bloody money.

8. When Rachel Told Everyone That Tag Is Gay

It feels like Rachel is the queen of sabotaging people’s ongoing relationships or might-happen relationships. Just because she wanted to date her assistant, Tag (which is by the way, against the rules of her company), she said Phoebe that he is gay. And when Tag wanted to ask Phoebe out, she told Tag the same thing that Phoebe is gay. For goodness’ sake, Rachel.

9. When Chandler Mistreated Janice At His Convenience

Well, we can’t deny that she is the most annoying person in the show, but Janice has a good heart and gives Chandler chances again and again. She doesn’t deserve the shoddy treatment from Chandler. Throughout the series, he made up and break up with Janice according to his convenience, without even thinking about her feelings. And, Janice always loved him back. Could he BE anymore selfish?

10. When Ross Got All Jealous Over Rachel When She’s Working With Mark

The situation with Mark was pure psychotic. He was jealous and became completely possessive because of Mark. He interfered with her work more than once by sending her excessive gifts and shouted in her office. This showed how insecure he was as a person. And this not just it, on various occasions he proved that he is quite a selfish person such as by not giving Rachel the message from a guy she met out, by telling Paolo that he and Rachel were kind of thing and many more. Ross Gross.

11. When All Of Them Treated Vulnerable People Badly

We get why Chandler wanted to get Eddie out of his apartment, but taking advantage of his mental illness for that was not at all cool. And then there was the time Monica dated Fun Bobby. They all made him get sober for his own health benefit, but then everyone dubbed him as ridiculously Dull Bobby. And it went over the top when Monica started knocking back the booze to be around him. The group surely lacks sensitivity.

12. When Joey And Chandler Tries To Get Ross Move Out

When finally Emily call it a quit and left Ross, he lost his apartment too. Ross was alone and homeless. Like best friends, Joey and Chandler came to the rescue and offered him to stay with them. But, when he actually shifted to their place, instead of recognizing what a difficult time this must be for him and putting up with his annoying habits, they try to nudge him into moving out ASAP. They even encouraged him to shift into a studio apartment. Grow up guys, don’t be so selfish.